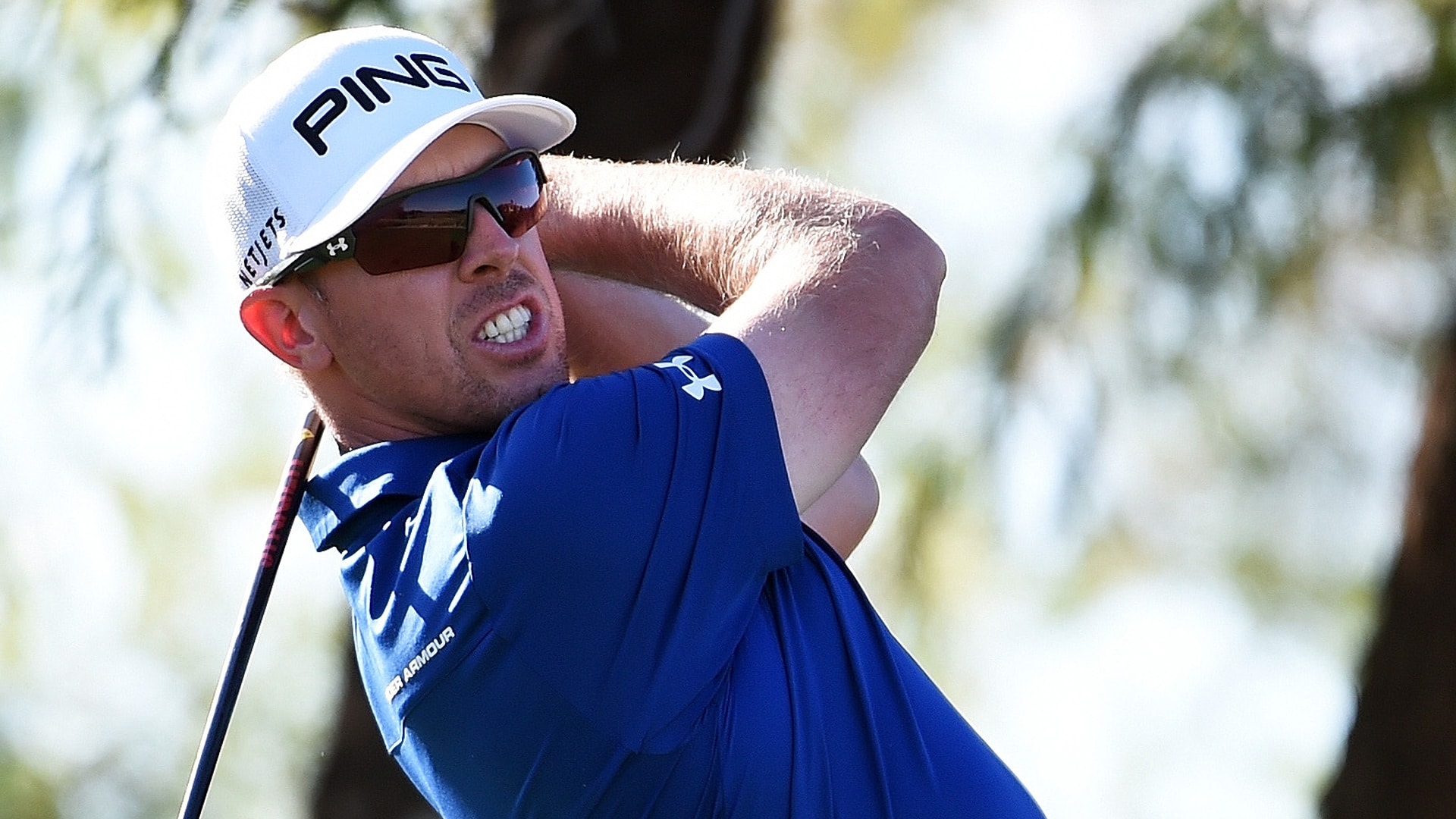 The last time a FedExCup playoff event was held at Ridgewood Country Club, Hunter Mahan left with the trophy. This time around, he's in Ohio hoping to reinstate his PGA Tour status.

While the postseason kicks off in New Jersey, more than 100 players will tee it up in the first of four Web.com Tour Finals events with an eye on earning one of 25 PGA Tour cards available for the 2018-19 season. This week's event is the Nationwide Children's Hospital Championship in Columbus, Ohio, with subsequent stops in Beachwood, Ohio, Boise, Idaho and Atlantic Beach, Fla.

Mahan played this past season on his status as a past PGA Tour champion, making 12 cuts in 21 starts. But those results left him at No. 159 in the final FedExCup standing, with only the top 125 securing cards for next season.

That put Mahan among the group of players finishing Nos. 126-200 on the points list who are eligible to play in the Finals, although Nos. 126-150 will still have conditional PGA Tour status next season regardless of Finals performance. They'll be joined over the next four events by Nos. 1-75 on the Web.com Tour money list from the 2018 season, with Nos. 1-25 already guaranteed a promotion for next season.

Other notable PGA Tour veterans in the field for the first Finals event include Stuart Appleby, Lucas Glover, Ben Crane, Sangmoon Bae, Robert Streb and Johnson Wagner. Also in the field are Aaron Baddeley, David Lingmerth, Fabian Gomez, Matt Every and Peter Malnati, all of whom saw multiple-year exemptions for wins in 2015 and 2016 expire at last week's Wyndham Championship.

Graeme McDowell and Shane Lowry, both of whom lost their fully-exempt status last week in Greensboro, are not in this week's field. They finished Nos. 144 and 140, respectively, in the FedExCup standings meaning that both players will still have conditional PGA Tour status next season.

PGA Tour non-members who earned at least the equivalent of No. 200 in regular-season points are also invited, a group that includes European Tour member Julian Suri, former NCAA standout Dylan Meyer, recent Monday qualifiers John Oda and Chase Seiffert, and veteran John Peterson, who has stated he will retire from professional golf at age 29 if he doesn't earn back his card.

In addition to the top 25 from the regular season Web.com money list, the top 25 earners from the four-event Finals will be fully exempt next season on the PGA Tour. With each event boasting a $1 million purse with $180,000 to the winner, it means that a top-5 finish at any single event will be enough to clinch a card.

Players who fall short of that mark will still receive status on the Web.com Tour for 2019, although players like Mahan who have won on the PGA Tour before can still afford themselves some starts on the main circuit via past champion status.