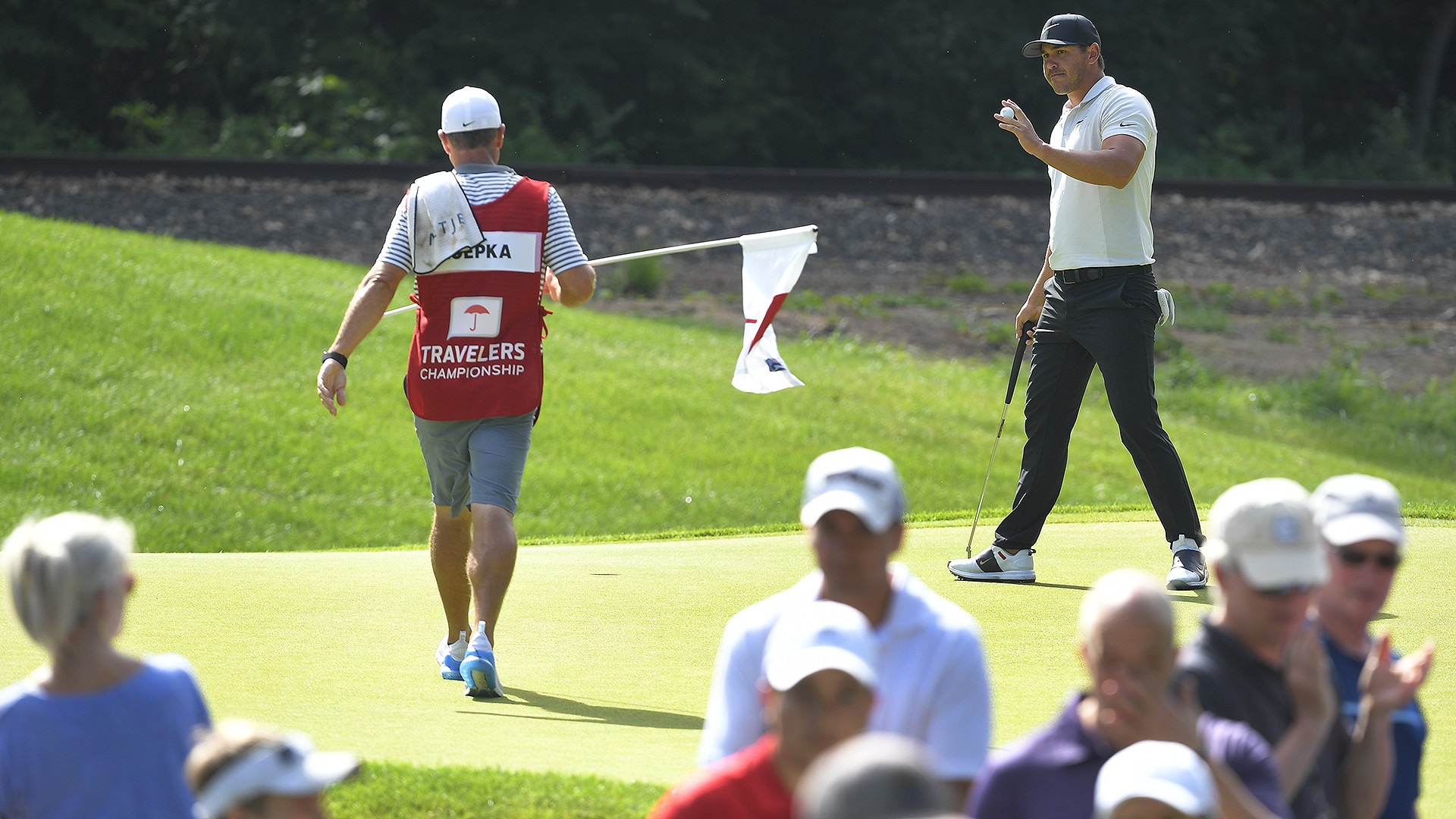 U.S. Open hangover? Not for Brooks Koepka. The two-time national champion has carried over his form and confidence from Shinnecock Hills to TPC River Highlands.

Koepka began his round with a par at the par-4 10th and then reeled off four consecutive birdies, beginning at No. 11.

And here is the capper at the 14th

Koepka turned in 4-under 31. Here's more action from his opening nine holes.

After a par at the first, Koepka added a fifth birdie of the day at the par-4 second.

A bogey at the par-4 fourth dropped him to 4 under, but just one off the lead. That, however, sparked a wild ride to the finish line as he also bogeyed Nos. 5, 7 and 9, and birdied the sixth. It totaled to a second-nine, 2-over 37 and an overall score of 2-under 68.