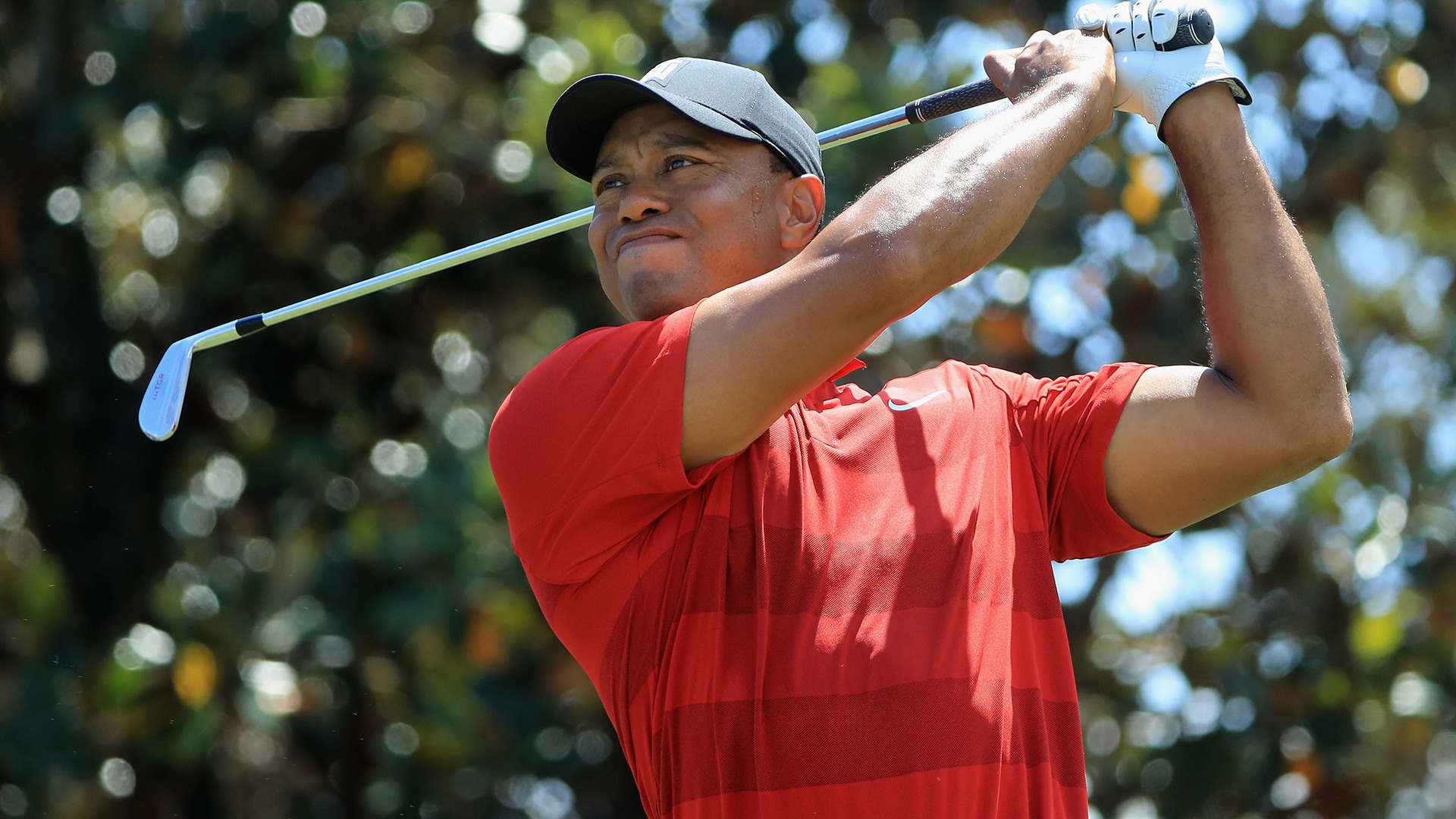 Tiger Woods made a vintage Sunday charge at Bay Hill before bogeying two of his final three holes and settling for a final-round 69 at the Arnold Palmer Invitational.

The eight-time API winner was 5 under on the day and just one off the lead when he sniped his tee shot at the par-5 16th out of bounds to the left. He bogeyed both 16 and 17 before making a scrambling par at 18 to finish the week 10 under par, in a tie for fifth.

"I didn't commit to it," Woods said of his drive at 16, where he attempted to fly his ball over the fairway bunkers, rather than hitting a cut or laying back. "And that's on me for not committing."

Starting five off the lead, Tiger got rolling with with a laced 2-iron and a par at No. 1.

Woods hit the green at the par-3 second but left himself a 50-foot birdie putt and a 6-footer to save par, which he walked in.

Walking in the par putt at No. 2. pic.twitter.com/zuSGZmVL3z

A two-putt 4 at the par-5 fourth gave Woods his first birdie of the day and moved him to 8 under for the week. Apparently energized, Tiger pulled driver at the short par-4 fifth and unleashed this violent swing.

A pitch from the thick rough hit a sprinkler head and stopped on the apron, leading to this birdie try, which fortunately hit the pin but unfortunately didn't fall.

Looking to pick up another stroke - or two - at the par-5 sixth, Woods took his drive 317 yards over the water and hit this second shot from 227 yards to 13 feet, leading to another two-putt birdie when his eagle try burned the right edge.

Tiger gets it to 9-under.

Returning to his trusty 2-iron, Tiger found the fairway at the par-4 eighth and then threw this dart from 176 yards to 6 feet and rolled in his third birdie putt of the day to move to 10 under.

His momentum was slowed by his first bogey of the day at No. 9, the product of an errant drive and its ensuing complications. As a result, Woods made the turn 2 under on his round, 9 under for the week, and still five off the lead, like when he started the day.

Slides by. Bogey. That’s deflating. Turns at -9 and needs to go lights-out coming home to have any chance.

But Woods wouldn't wait long to make up for his mistake, immediately responding with another flagged iron and birdie at No. 10.

Moving on up the leaderboard.@TigerWoods gets the back nine started off right. #QuickHits pic.twitter.com/BLFrJl6voB

He continued his assault on Bay Hill's par-5s at the 12th, getting up and down from the sand for a birdie-4 that moved him to 11 under par, just two off the lead.

Another GREAT bunker shot. Another.

This roll at 13 giving him his third birdie in four holes, and the charge was officially on, as Woods was suddenly just a shot back.

A vintage Sunday charge.@TigerWoods is 3 under thru four holes on the back nine. #QuickHits pic.twitter.com/0aePOvXVrC

Just when it looked like Woods was primed for a late run at his 80th PGA Tour victory, Woods stepped to the tee at the par-5 16th, where he had missed wide right three days in a row, and ripped his drive out of bounds into a backyard miles left.

He made 4 on his second ball for a bogey-6 and dropped another shot at the par-3 17th, ending his chances.