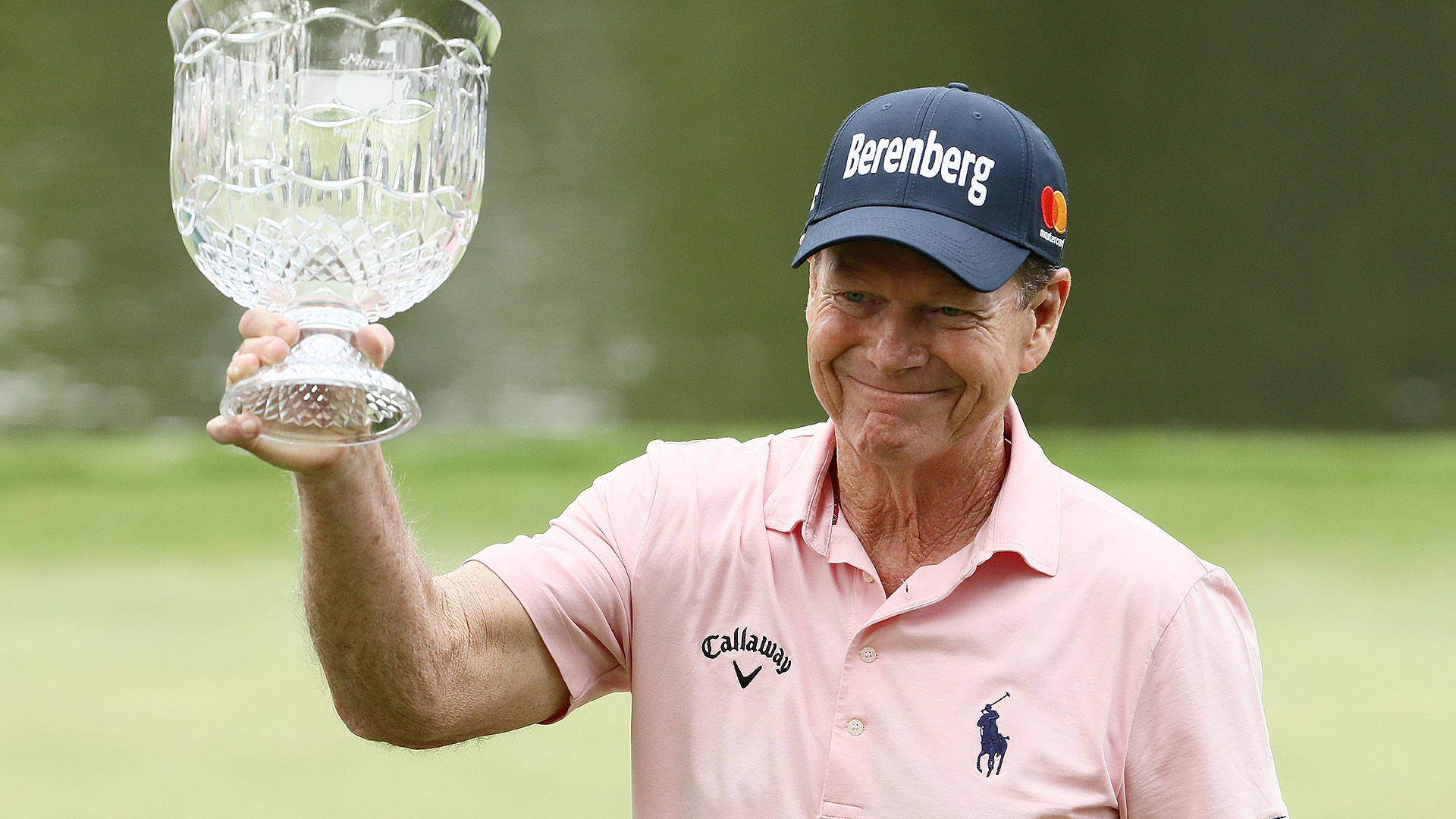 AUGUSTA, Ga. – Jack Nicklaus cried, Gary Player charmed and Tom Watson won. The three legends played together Wednesday and it all happened in a 90-minute span during the Par 3 Contest at Augusta National.

That’s right, 68-year-old Tom Watson won the event after shooting 6 under par, becoming the oldest winner in the history of the contest. Tommy Fleetwood and Thomas Pieters tied for second place at 5 under.

Watson won the Masters in 1977 and 1981 said Wednesday that he won the Par 3 Contest once before but he failed to win the Masters that year, keeping the jinx alive - no one has ever won both in the same year.

Watson stopped playing in the Masters two years ago, so after his hot start – he birdied his first four holes – he figured he’d try his best to win one more time.

Even though Watson won, the highlight in the group came on the final hole when Nicklaus let his teenage grandson Gary, Jr., hit a shot off the tee.

Gary’s shot landed some 20 feet past the hole, checked up and rolled back into the hole for an ace. Excitement ensued and tears ran down Jack’s face as he, Watson and Player each hugged Gary.