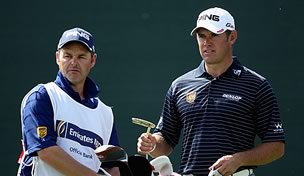 Getty Images
Matt Kuchar of the United States celebrates holing a bunker shot to make birdie on the fourth hole during the third round of the 114th U.S. Open at Pinehurst Resort & Country Club, Course No. 2 on June 14, 2014 in Pinehurst, North Carolina. (Photo by David Cannon/Getty Images)  -

Lee Westwood is putting the team back together in hopes of returning to the form that saw him rise to world No. 1.

At next week’s Northwestern Mutual World Challenge, Westwood will reportedly have a familiar man on the bag – Billy Foster, the looper whom Westwood let go 18 months ago.

In 2012, Foster suffered a knee injury and didn’t recover as quickly as he had hoped, forcing Westwood to cut ties with his longtime bagman and hire Mike Kerr as a replacement. Foster, meanwhile, eventually found work with South African Branden Grace.

But according to a report Tuesday in the Daily Telegraph, Westwood has hired Foster back “permanently,” beginning with next week’s World Challenge.

“Everyone knows that Lee and Billy were a great partnership and it made sense that now Billy is fully fit again that the partnership reforms,” Chubby Chandler, Westwood’s manager, told the Daily Telegraph. “… They’ve had their heart-to-heart, sorted out whatever needed sorting out, and Billy will be back on Lee’s bag permanently, starting at Tiger’s event next week. Mike is a top lad, a class act, and took Lee’s decision as we knew he would.”

In the past year, Westwood has gone through myriad changes: swing coaches, short-game gurus and home bases, settling down with his family in West Palm Beach, Fla. This year of transition hasn’t translated to success on the golf course, however, as the 40-year-old is still winless and has just two top-10s in his last 13 worldwide starts.

“We saw glimpses of the real Lee Westwood at Dubai (where he tied for fifth),” Chandler said, via the Daily Telegraph, “and I’m sure that, with Billy back on the bag, it’ll all come right again.” 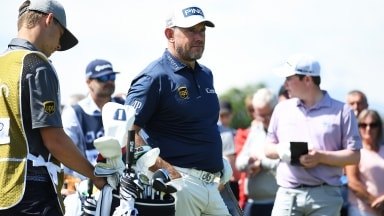