Woods: Back surgery tougher than other injuries 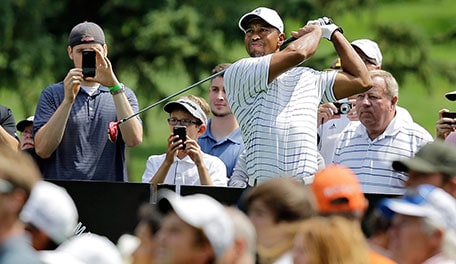 AKRON, Ohio – Tiger Woods has dealt with plenty of injuries over the years. None of them, he maintains, has been more difficult to rehabilitate than his recent back injury.

“There's no comparison between a knee and a back,” he said Wednesday in advance of the WGC-Bridgestone Invitational. “The knee is so much easier to deal with and rehab from than coming back from a back (surgery). I've had Achilles injuries, obviously knee surgeries, but this thing is just way different. It's way more debilitating than I thought.”

Woods underwent microdiscectomy surgery on his back on March 31, and returned three months later at the Quicken Loans National.

“The people that I've talked to that have had the same procedure, how long it takes them to come back. And most of the people I talked to who have had the procedure have no idea how I'm even back here playing,” Woods said. “They just can't understand that.