Woods, Trump teaming up for course in Dubai 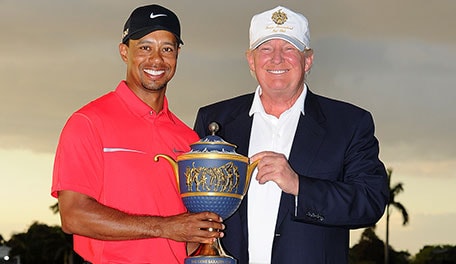 Tiger Woods is taking another shot at designing a golf course in Dubai, but this time he's teaming up with Donald Trump.

Woods announced on his website Tuesday that he will be designing an 18-hole championship course at Trump World Golf Club, Dubai, set within the 55 million square-foot master community of Akoya Oxygen.

Site preparations have already started, and the course is expected to open at the end of 2017.

Woods's design company got off to a rocky start, but his first course, El Cardonal at Diamante, is expected to open before the end of the year in Los Cabos, Mexico.

Five years ago, Tiger Woods Dubai was supposed to be his first course to open, but the project was ultimately shut down after the market crashed. Woods's first U.S. design, the Cliffs at High Carolina outside of Asheville, is on hold.

Woods is also redesigning a course outside of Houston, Blue Jack National, and it is slated to open in the fall of 2015.