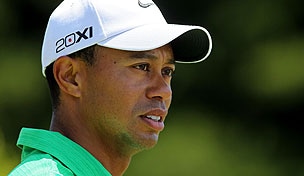 CARMEL, Ind. – Two days after a third-place finish at the Deutsche Bank Championship, Tiger Woods talked about Davis Love III’s captain’s picks, the FedEx Cup format and what it’s like to be golf’s first $100 million man.

Here’s a smattering of comments from Woods here at Crooked Stick, on the eve of the BMW Championship:

Hunter Mahan being left off the U.S. Ryder Cup team: “It’s tough for Davis and it’s tough for Hunter. Unfortunately it just didn’t go Hunter’s way. I know that he’s pretty down about it, but he’s got two big events to play in. He’ll turn around and he’ll just start playing well.”

On being golf’s first $100 million man: “It just means that I’ve come along at the right time. We’ve had purse increases. Sam Snead won more tournaments than I did, and obviously he didn’t make the money that I did, just because it was a different era. I think all that said, I’m not opposed to it.”

Played pro-am with Buddy Marucci, whom Woods defeated in the championship match of the 1995 U.S. Amateur: “We see each other all the time and he’s out here quite a bit now. It was nice playing with him. I hadn’t played with him since probably the Walker Cup that year, and it was nice to get out there and play with him again.”

The goal this week regarding FedEx Cup positioning: “This is a different format that I’ve played the FedEx Cup. I didn’t play last year. I wasn’t even in the damned thing, so it’s nice to be here and be able to contend in this thing. It’s interesting, you can go and win the first three playoff events, finish second in the last one and not win it. But it’s what we have.” 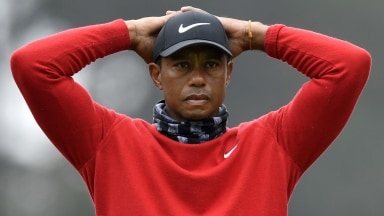 Everyone has been forced to roll with the pandemic punches, but for Tiger Woods, 2020 is looking like a late-career opportunity missed. 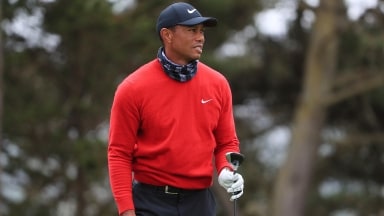 After closing in 67 at the PGA, Tiger Woods has his sights set on playing a full slate of events in the FedExCup Playoffs. 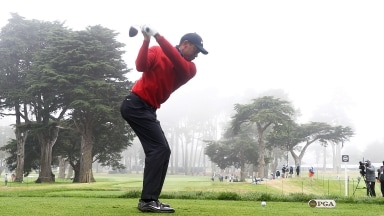 Tiger Tracker: Closes in 67 to finish under par

Tiger Woods finished in the red at the PGA Championship. We tracked him all week at TPC Harding Park.