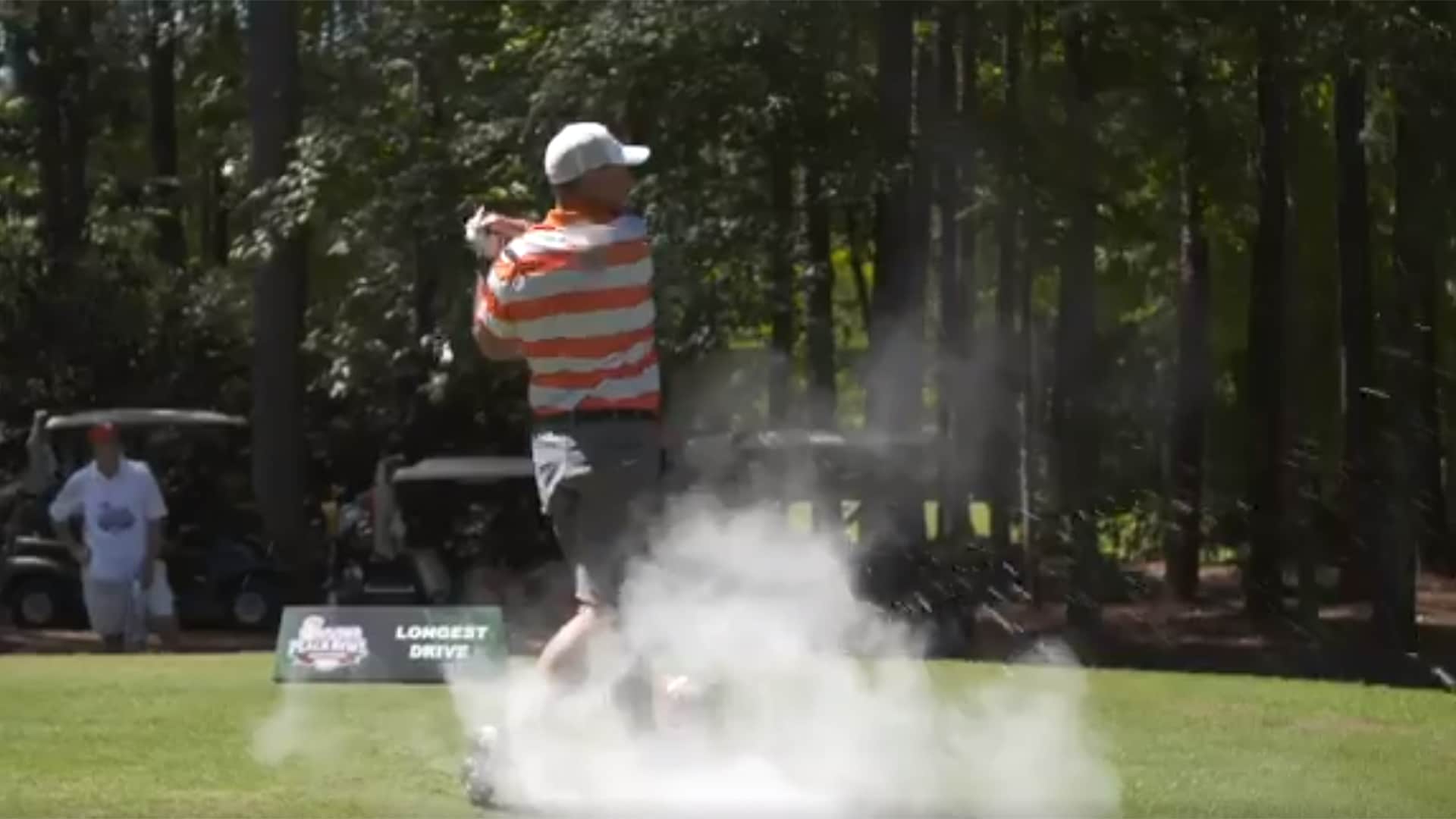 It doesn't matter whether you're one of the greatest sluggers in MLB history or a reigning college football national champion, everyone is susceptible to the ol' exploding golf ball trick.

Swinney was able to get his team focused enough to complete an epic comeback in January's title game against Alabama, but he was lacking some mental preparation on Tuesday as he didn't even notice when someone switched out his tee ball.

Must have left it all out there on the gridiron