Colsaerts hits 3-iron out of his hotel room window 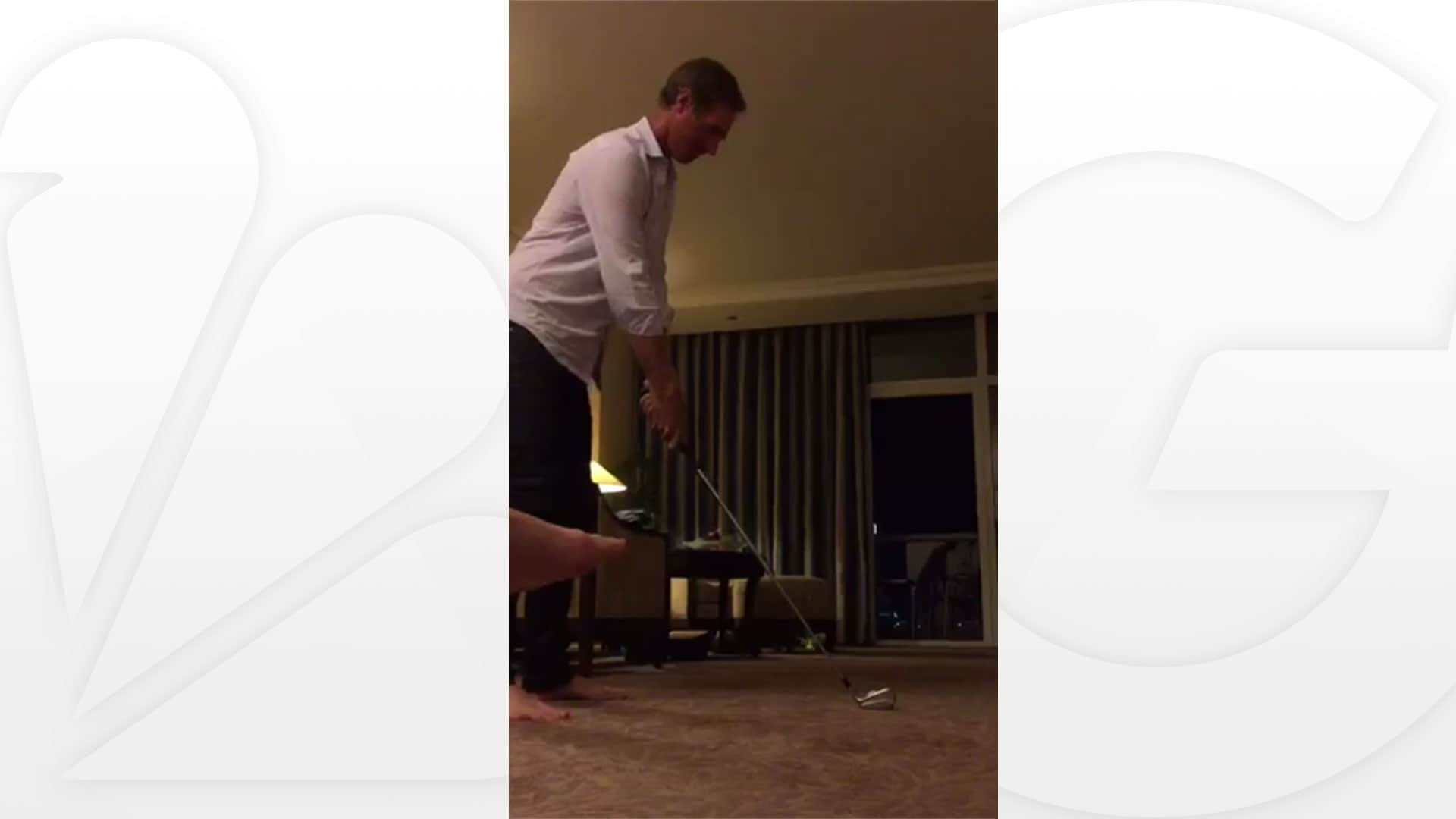 Nicolas Colsaerts' crazy distance off the tee over his 15-year professional career has earned him the nickname "Belgian Bomber," but in a video posted to Twitter on Monday, it appears he's focusing a little more on his accuracy lately, and in a rather unique way.

In the clip below, the 33-year-old who last won at the 2012 Volvo World Match Play Championship, can be seen smashing a ball through his hotel room window in Abu Dhabi without shoes on.

Colsaerts confirmed on his own Twitter account that it was a 3-iron ... and that it happened at 3 a.m.

All important and consoling information to the guy out for a late-night stroll who may have taken a Titleist to the noggin.