This Mickelson-Bradley gambling story is delicious 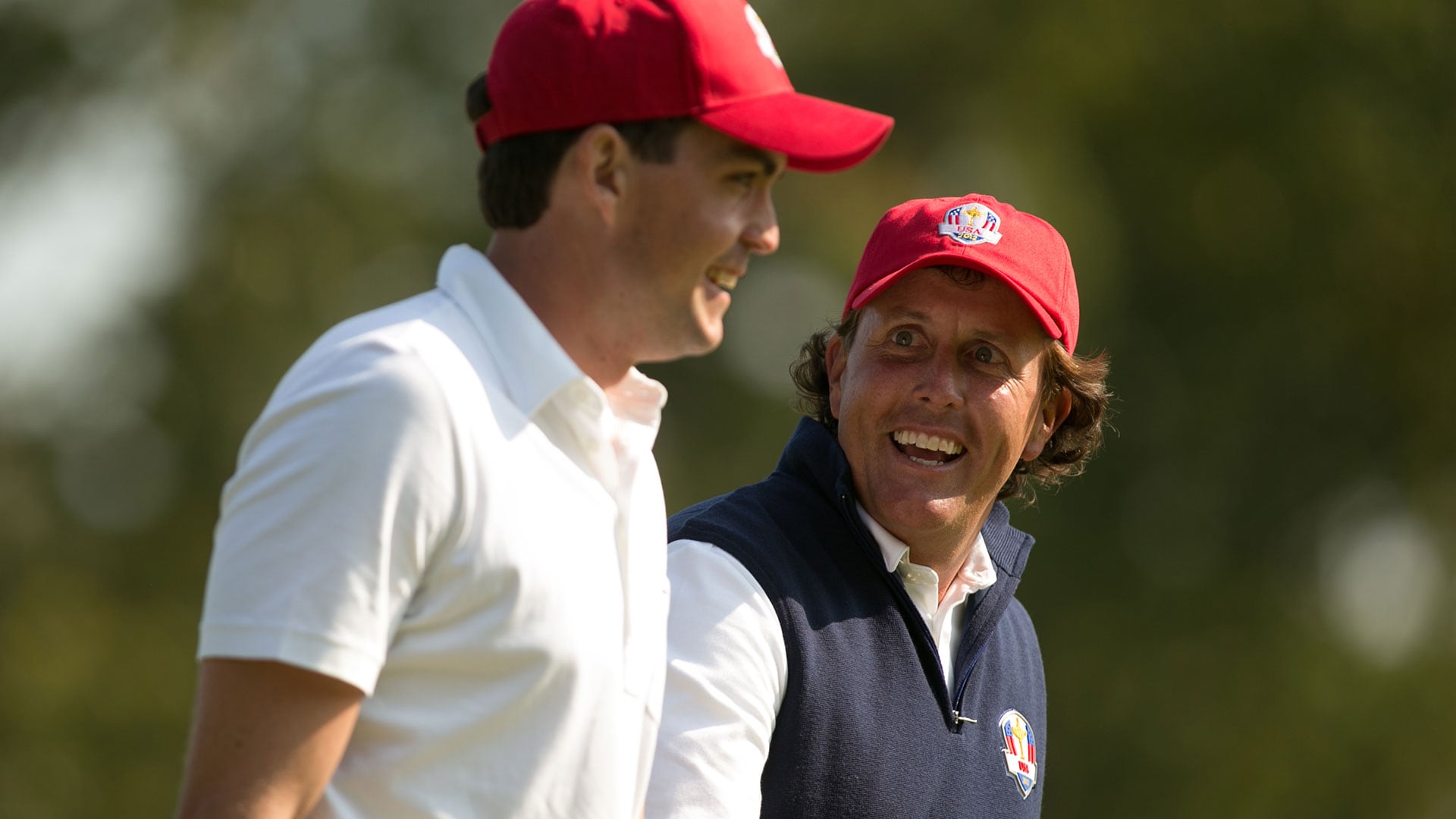 Phil Mickelson has never done much to hide the existence of his Tuesday money matches during practice rounds on the PGA Tour.

Calling them an open secret would mistakenly characterize them as a secret. But now the five-time major winner is offering details.

Speaking on a Golf.com podcast, Mickelson recounted the following tale from a Tuesday at The Players Championship, when he and Rickie Fowler took on Brendan Steele and Keegan Bradley. And this story is exactly the reason you never want to play Mickelson for money.

Take it away, Phil:

“Now Keegan is about ready to bow out of these games because he’s never won. It’s been a year and a half and he’s paid every time. And it gets demoralizing. So he’s like, ‘If I don’t win today, I’m out. … This is the day. This is the day I’m going to win.’
…

“And Keegan bit, and he goes, ‘Oh yeah, how so?’ which is what I was hoping he would say.

“And I just chuckle about the story every time I hear it, because it’s just funny. And I don’t care about the money. I just love being able to – and I give him smack about this every time I see him. “

Thereafter, Mickelson says that Bradley took a one-year sabbatical from the Tuesday game but eventually came back, won some matches, and is no longer “totally defeated.”