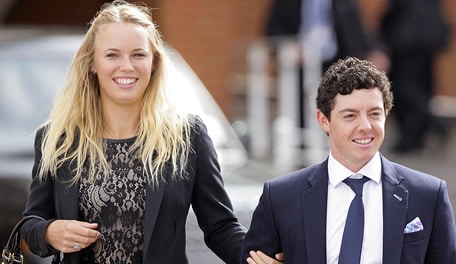 Rory McIlroy is standing tall at the British Open, but his ex-fiancée is taking shots at his height. Or so it would seem based on this tweet from Thursday:

Out and about in Istanbul. It's been 3 years since I have worn heels on a normal day out. #feelsgood… http://t.co/K66BZcrSej