Are we not giving DJ the credit he deserves? 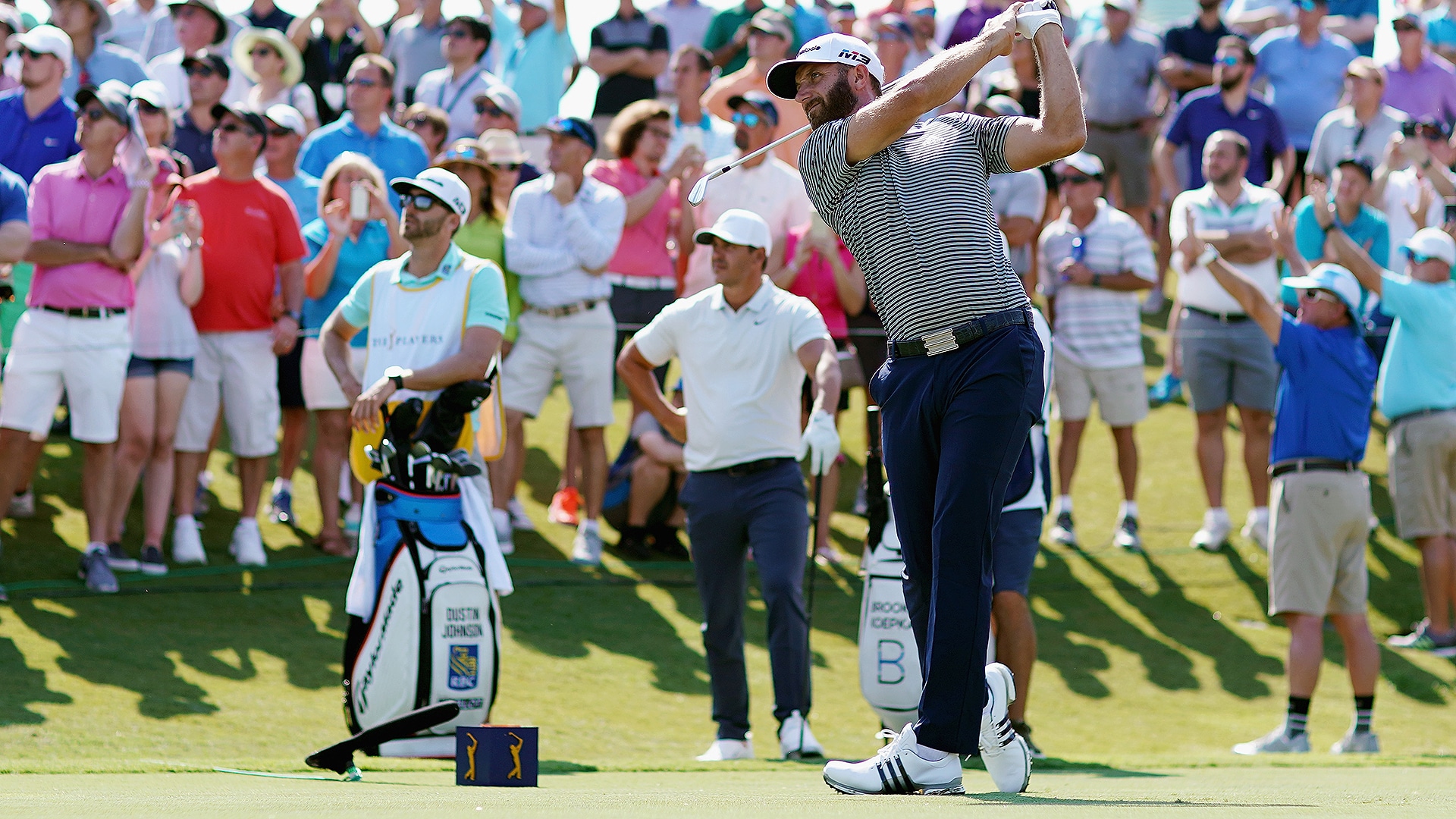 He looks as if he isn’t interested in surrendering the world No. 1 ranking to Justin Thomas, Jon Rahm, Jordan Spieth or Justin Rose this week.

Or to anyone else, anytime soon.

Johnson got off to the kind of start Thursday at The Players that makes you think he’s clearing his throat to send a message late Sunday.

Because if Johnson can win at the TPC Sawgrass Stadium Course, he can win anywhere, with a game even more well-rounded than we already thought it had become.

With a 6-under-par 66, Johnson posted his lowest score in 31 passes around the Stadium Course. That’s two shots better than his lowest score here, and just his fourth round in the 60s here. It was good for a share of the early lead.

“I want to play well, and I want to put myself in a position to have a chance to win on Sunday, and coming into here it's no different,” Johnson said. “I haven't had the best record here, but it's a golf course that I like, I enjoy playing and I feel like I should play well here.”

Johnson never looked engineered to win on Pete Dye’s masterpiece, a complicated test requiring more finesse than brute force. He doesn’t have a top-10 finish in nine previous starts here. In fact, he’s finished among the top 25 just once.

But maybe that only gives him a chance to show how much we still don’t appreciate his gifts, even as a force who has ruled at No. 1 for 15 months.

Fifty-four holes more is a long way to go around a Dye course, but if the week ends with Johnson hoisting the trophy, it’s a statement victory almost as powerful as his breakthrough U.S. Open win at Oakmont was.

Johnson was bogey free Thursday. He hit every green in regulation but one. He looks poised early to try to claim his first title since winning the Sentry Tournament of Champions at year’s start.

“I drove it well and hit some nice shots and rolled in a few putts,” Johnson said in a bare-boned analysis. “It adds up to a good score.

Johnson said putting is all that’s held him back in the past here. He’s hoping a new putter and his adoption of the Aim Point system for reading greens will lead to better results here.

Johnson probably hasn’t received the acclaim he is due holding the world No. 1 ranking for 64 weeks.

“That’s a pretty undisputed world No. 1, to hold it for more than a year,” Rose said after getting into early contention with a 68.

So you wonder if it irks Johnson, hearing speculation that there is an “inevitability” to Thomas overtaking him, based on divisors and world-ranking math. Thomas can move to No. 1 even if he misses the cut this week. Thomas has that chance if Johnson finishes worse than a two-way tie for 11th and Rahm, Spieth and Rose aren’t factors in the end.

“I don't care what people are talking about, it doesn't bother me,” Johnson said. “I want to play good golf.”

Make no mistake, though. Johnson relishes the world No. 1 ranking.

“I definitely want to stay there, but if someone passes me it's not going to change anything,” Johnson said. “I'm still going to go to the next week and try to get it back.

Butch Harmon, Johnson’s swing coach, isn’t among those who believe Johnson is not engineered to win at the Stadium Course.

“When Dustin is on, nobody can beat him and other guys are aware of that,” Harmon said last year, when Johnson was at his best. “I never thought I would say that after watching Tiger do it, but I think Dustin is at that point.”

But Harmon wondered aloud on Golf Channel’s Morning Drive earlier this week if Johnson has been working as hard this year as he was when he ascended to No. 1.

“Before he hurt himself at Augusta last year, nobody could come close to beating him,” Harmon said. “He was on top of his game. How do we get him back? I think he’s got to work a little harder. He’s got to go back to doing the things he did then.”

Harmon said he believes Johnson is getting there again, because he likes being No. 1 and doesn’t want to lose the ranking.

“I work as hard as I want to,” Johnson said. “I feel like I work pretty hard. I don't want to wear myself out.”

He’ll be looking to wear out all those guys trying to get his world No. 1 ranking.