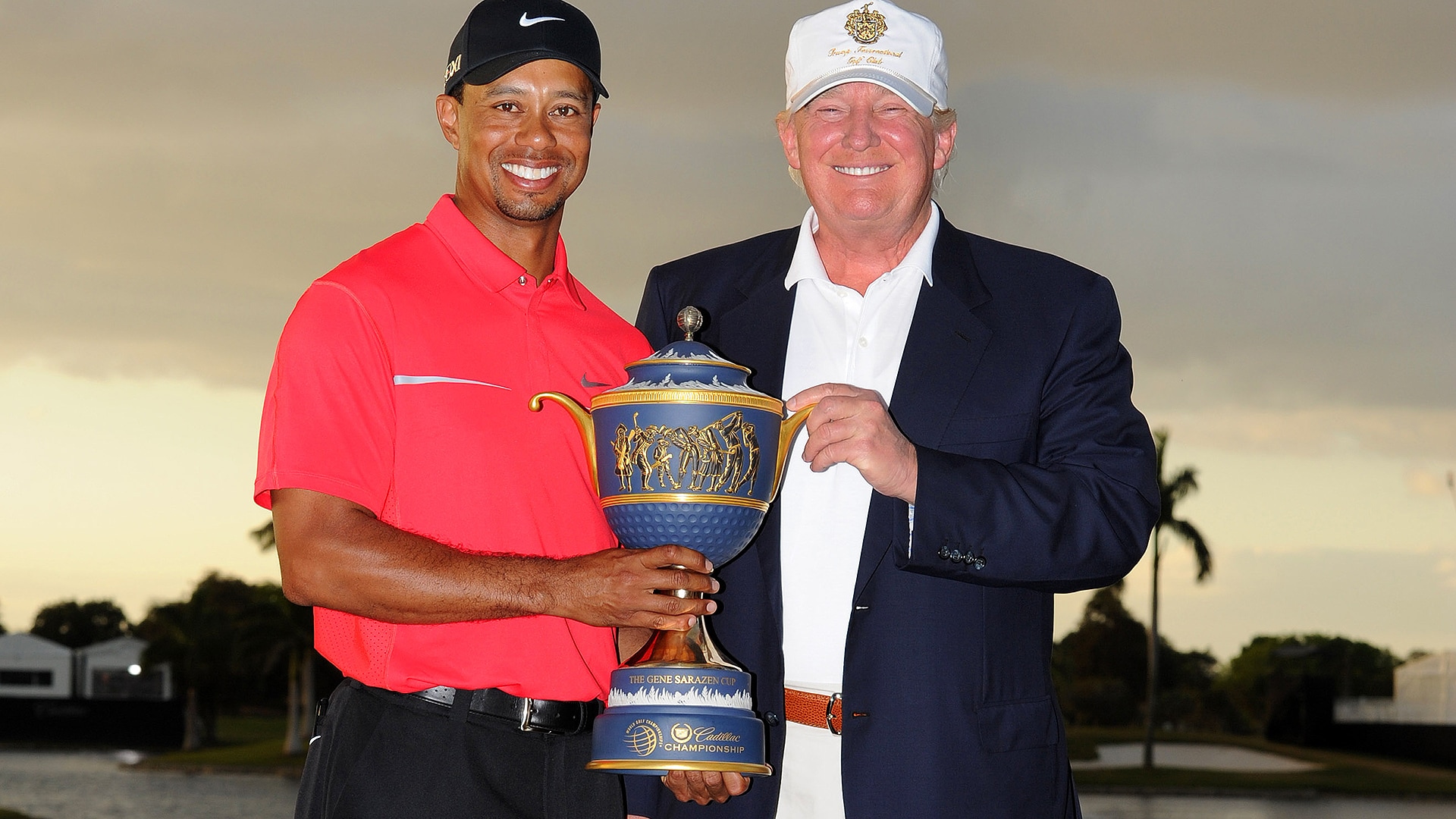 It wasn’t the bold play, but it was the safe play.

When New York Times reporter John Branch asked Woods about his relationship with President Donald Trump Sunday at The Northern Trust, Woods made sure his answer found the short grass, free of all the hazards the question brought into play.

When asked about being friendly with a president whom “people of color, immigrants” are threatened by, Woods found safe passage.

Woods may not be political, but he’s got a diplomat’s chops.

“He is very smart,” Trump tweeted.

If you’re thinking Branch crossed a line asking those kind of questions after a round, you’re wrong. Branch didn’t blur the line between sport and politics. Woods can thank his fellow athletes, past and present, for doing that.

With so many athletes speaking out in this age of renewed social activism in sports, where LeBron James and even Michael Jordan have used their platforms to send messages, Woods is fair game.

Trump is more closely aligned with golf than any other sport, and cozier with more PGA Tour pros than other professional athletes. And Trump has shown he isn’t shy pushing his way into sports with his views on the NFL’s national anthem policies.

Athletes today are making these relevant and fair questions.

Actually, Tiger’s father made them relevant and fair a long time ago.

“Tiger will do more than any other man in history to change the course of humanity,” Earl Woods once said. “He is the Chosen One. He’ll have the power to impact nations. Not people. Nations.”

Tiger never pledged anything so grandiose himself, and he can’t be held accountable for his father’s overreaching ambitions, but he has played himself to such historical significance that it’s fair to wonder how he views his larger role in today’s landscape.

We can debate how qualified athletes are to wield public policy influence, but we can’t debate their growing intention to use it.

And now today’s athletes are going to the uncomfortable lengths in calling each other out to be more like that, to use their platforms to effect social change.

“Do athletes have the responsibility to stand up?” Carmelo Anthony wrote back when the Black Lives Matter movement was rising. “I don’t want to put it all on athletes. I believe all people need to rise up and make their voices heard. But I do think athletes have the biggest reach . . . We have the biggest platforms to speak out, one where people pay attention to what we have to say . . . We have that influence.”

There is pressure in those words, pressure we haven’t seen spill into golf the way it has into other professional sports.

There’s no obligation on Woods’ part to be the voice of golf, or to be an advocate for social causes. If he doesn’t feel qualified to do so, or passionate about doing so, he shouldn’t.

“Speak only if it improves the silence,” Gandhi once said.

That could be amended in today’s social media times.

“Speak only if it improves the noise,” is now more apropos.

If Woods believes he is qualified to do that, and doing so is worth the trouble he’ll encounter, his voice can make a difference. If he isn’t ready for that, he can take comfort knowing he’s making more of a difference than most of us will ever make. He sees that in all the work the Tiger Woods Foundation is doing. He’s empowering minorities, especially underprivileged students, with change most of us will never be able to effect. He’s helping give voices to a lot more young Americans doing that, too.