Harman refuses to be overlooked 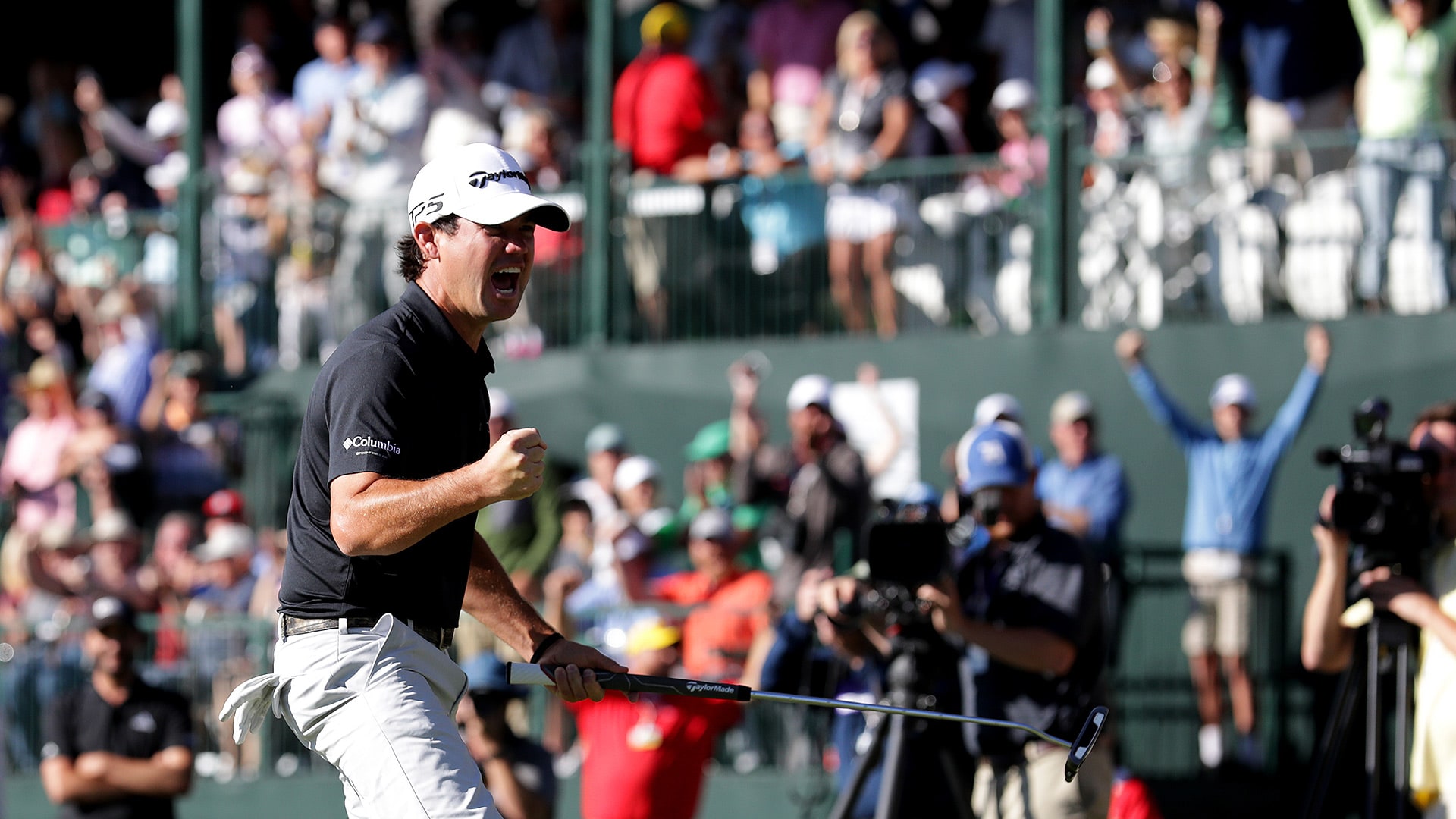 WILMINGTON, N.C. – A few years ago a well-intentioned but misinformed scribe asked Brian Harman if he felt pressure to get his first PGA Tour victory considering how many of his friends from college had already gotten on the Big League board.

The scribe’s inability to do simple homework aside, the 5-foot-7 Georgia native is often overlooked for all the wrong reasons.

Harman’s victory at the 2014 John Deere Classic was wedged between Martin Kaymer’s blistering start to the season with victories at The Players and U.S. Open, and Rory McIlroy’s walk-off finish with triumphs at The Open and PGA Championship.

Nor is Harman flashy. He’s 122nd on Tour in driving distance, 74th in eagles made and 131st in greens in regulation, but then he’s never seen a birdie putt that he couldn’t charge into the hole.

But if most players try to ignore such distractions, Harman lets the cellophane-man persona drive him. From his days as an all-everything junior to his career at Tour Player U., um, the University of Georgia, it has always appeared as if he plays every shot with something to prove.

This week at the Wells Fargo Championship was certainly no different.

“I would be lying if I didn't say I had a little bit of a chip on my shoulder. I mean, this is the first time I've been interviewed all week,” Harman said.

Even on Sunday as the leaderboard turned into a revolving door of would-be winners, Harman plugged away largely under the radar. All told, five players held at least a share of the lead on a postcard afternoon at Eagle Point Golf Club.

There was Patrick Reed, who struggled early and often with his ball-striking, and Jon Rahm, the world-beater-in-waiting who has just four finishes outside the top 15 in his Tour career (12 starts). Pat Perez made a cameo atop the board, as did Dustin Johnson, the world No. 1 who was making his first start since taking a tumble down a flight of stairs on the eve of the Masters and injured his lower back.

It was the latter that resonated with Harman as day turned to dusk along the North Carolina coast.

No one in the world had been able to do what Harman accomplished on Sunday since the second week of February, but with a bold closing hole and back-to-back birdies to finish his day he became the first player to beat Johnson since the AT&T Pebble Beach Pro-Am.

Even the powers that be at Eagle Point appeared to be caught flat-footed by Harman’s victory.

After a relatively quiet opening nine on Sunday, Harman made his move with birdies at the 12th and 14th holes, where he took a share of the lead with Rahm, but at No. 15 he three-putted from 40 feet.

Since that victory at the ’14 John Deere, Harman had been close on numerous occasions. He’d finished in the top 25 eight times this season, including a tie for third at the CareerBuilder Challenge in January. But each time something hadn’t gone his way, and with each near miss the questions grew louder, the doubt became more pervasive.

It would have been easy, for example, to succumb to the pressure after his three-putt at the 15th hole, to limp in and take your top-10 finish before getting on the road to next week’s Players Championship.

But Harman forged ahead, hitting a daring drive at the 17th hole over the corner, and sent his wedge shot to 5 feet for birdie to move back into a share of the lead with Johnson and Perez. At the finishing hole, he flushed his drive 317 yards, his third-longest drive of the week, to set the stage for the kind of finish every player dreams about.

Harman wanted to hit 5-wood from 270 yards. His caddie, Scott Tway, talked him into hitting 3-wood, which flew the green. “If I had it to do over again I would have hit 5-wood,” he said.

His second shot sailed left and nestled up to the grandstands and his chip shot just rolled onto the green, leaving 28 feet for birdie and the outright lead with two groups remaining on the course.

It had been 83 starts since Harman won the John Deere, and as his birdie putt at the 72nd hole traversed the green and dropped into the hole, the emotions that build up after so much time erupted in predictable fashion.

“The first win was really big, it was big for everybody, but after getting one and playing a couple years this was validation,” Tway said.

In the awkward moments that followed that scribe’s uneducated question a few years ago, the silence was broken by another who asked: Do you feel pressure to get your second Tour victory? 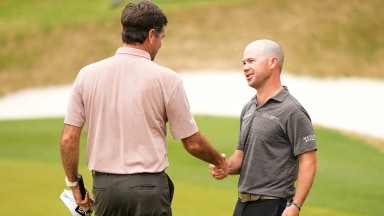 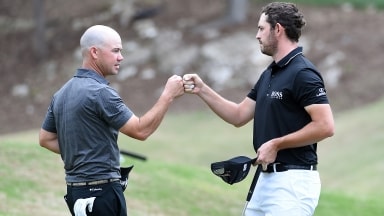 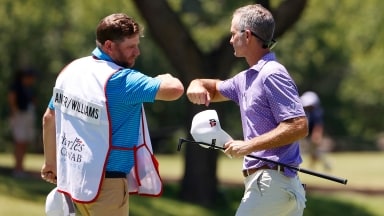