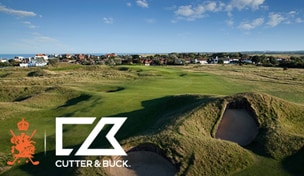 Getty Images
ORLANDO, FL - MARCH 17: Henrik Stenson of Sweden walks on the first hole during the third round at the Arnold Palmer Invitational Presented By MasterCard at Bay Hill Club and Lodge on March 17, 2018 in Orlando, Florida. (Photo by Sam Greenwood/Getty Images)  -

The scores are in from the final round at Royal St. George's, and CptWomp is the winner of a highly competitive Tour Legends division at the Cutter & Buck Classic.

CptWomp was one of four players to shoot a two-round total of 110 on the course that hosted the Open Championship in 2011, but was able to claim victory in a tie-breaker. The trio of runner-up finishers included Americans cadaviar and BigNick092785 as well as Colombia's javiertorg.

With the winners crowned from May, the season-long race is starting to take shape. In the Tour Legend division, CptWomp moved up to seventh place after the victory but the race to the top spot remains wide open throughout all of the tiers. The WGT Virtual Tour's season-long standings will be used to determine which players qualify for the Virtual Tour Championship in December. Click here to see how the season-long standings look following the Cutter & Buck Classic.

This month, the focus shifts to some of the best par-3 holes in the world for the staging of the Criquet Cup. Play is already underway on a composite course that includes the second hole at Congressional Country Club, the eighth at famed St. Andrews and the difficult 17th at Kiawah Island's Ocean Course.

The top 70 scores from each tier (Pro and higher) will split a 200,000 WGT credit purse, as players look to boost their season-long total. The competition is open to players of all skill levels, with unlimited first-round play through June 25 and a single, final-round attempt between June 26-30. Click here to get signed up and head to the first tee at the Criquet Cup.