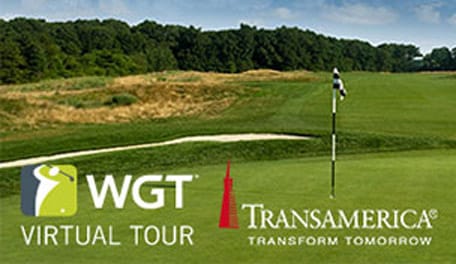 Dansamcam captured a major title at the Transamerica Championship, setting up a winner-take-all battle with fmagnets for top quarterly honors.

Dansamcam carded rounds of 53-54-55=161 to finish one shot ahead of Tasor among the Tour Legend tier, with fmagnets three shots back. The victory allowed him to leapfrog fmagnets for the top spot in the April-June quarterly leaderboard, and the two will face off in a one-on-one match for the overall quarterly title. The match, whose final date and time will be announced shortly, will be broadcast live on the WGT Golf Twitch channel.

In addition to dansamcam topping the overall standings for the Tour Legend division, there were also quarterly champions in each division. Those included extendinfra (Legend), SepetszzZ (Tour Master), MianSheryar (Master), tw920306 (Tour Pro) and cicika (Pro).

As the calendar flips to July, a new quarterly competition has begun and it all starts with the latest monthly tournament, the Glenmorangie Challenge Qualifier. Staged on St. Andrews, host site of this month's Open Championship, the top 70 in each tier will earn a share of the 200,000 WGT credit purse. Players have until July 26 to post their best opening-round score, then will have one chance to card a second-round score from July 27-31.

This month's event also serves as a qualifier for a separate, invite-only tournament held in August and hosted by Glenmorangie, which will be open to the top 100 players in both the Legend and Tour Legend tier. Click here to get started with this month's tournament at St. Andrews, and check back for more updates upon the conclusion of this month's event.