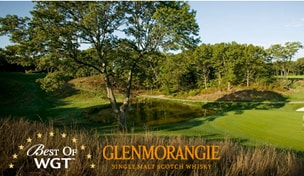 Dansamcam is at it again.

Already with two wins under his belt, he captured the Tour Legend division at the Glenmorangie Cup to notch his third victory this season on the WGT Virtual Tour.

Dansamcam took home top honors with rounds of 53 and 55 on a composite course featuring some of golf's most famous holes, edging out Sweden's ujjbnjk and Germany's poldimaier, who both finished two strokes back with a two-round total of 110.

The win allowed Dansamcam to regain the top spot in the season-long points race from frenchconnect, who captured the season's first major at the GolfNow Championship. With three wins he appears difficult to catch, but seven events - including three majors - still remain on the calendar this season, meaning the race is far from over.

Other winners at the Glenmorangie Cup included hatchy66 (Legend tier, 110 total), RoarEMackElroy (Tour Master, 114) and Coland (Master, 120). The WGT Virtual Tour season now moves across the Atlantic Ocean to Royal St. George's, site of the Open Championship in 2011 and host this month to the Cutter & Buck Classic. Players will once again vie for a piece of the 200,000 WGT credit purse as they look to bolster their totals for the season-long race.

Click here to get signed up for the Cutter & Buck Classic and head to the first tee in England!