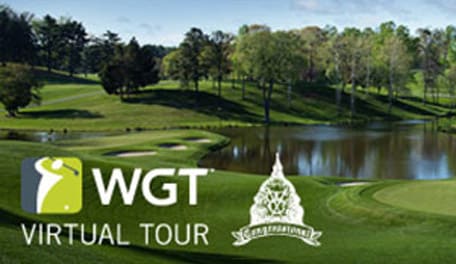 Fmagnets is at it again.

After capturing the season-opening Bandon Dunes Open and claiming the first quarterly title of the 2015 season, fmagnets added another trophy to his collection when he took first-place honors at the Congressional Open.

Fmagnets shot rounds of 54 and 53 at Congressional, site of the 2011 U.S. Open, and ended up two shots clear of Gehl13 and Agassi1991 in the Tour Legend division. The victory was his second tournament title of the year and gave Fmagnets the top spot among the Tour Legends as he looks to win another quarterly title.

Check back for future WGT Virtual Tour updates, and click here to jump in and get started with the latest monthly tournament!