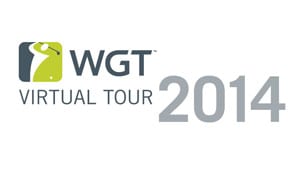 On the WGT Virtual Tour, there's no rest for the weary.

After fmagnets was crowned as the first Virtual Tour champion in December, a new season has already begun with the best virtual golfers in the world taking their shot at the Bandon Dunes Open.

Players have an unlimited number of chances to card their best first-round score by Jan. 26, but will have only once chance to post a second-round score between Jan. 27-31. The top 70 combined scores in each tier will split the 200,000 WGT credit purse, with all earnings going toward each player's year-long total with the goal of qualifying for the season-ending Virtual Tour Championship in December.

Beginning this year, monthly winners will also have the opportunity to have a live round streamed on Twitch, with a chance to be featured on-air on Golf Channel. Click here for more information on the WGT Virtual Tour, or to head to the first tee at Bandon Dunes!