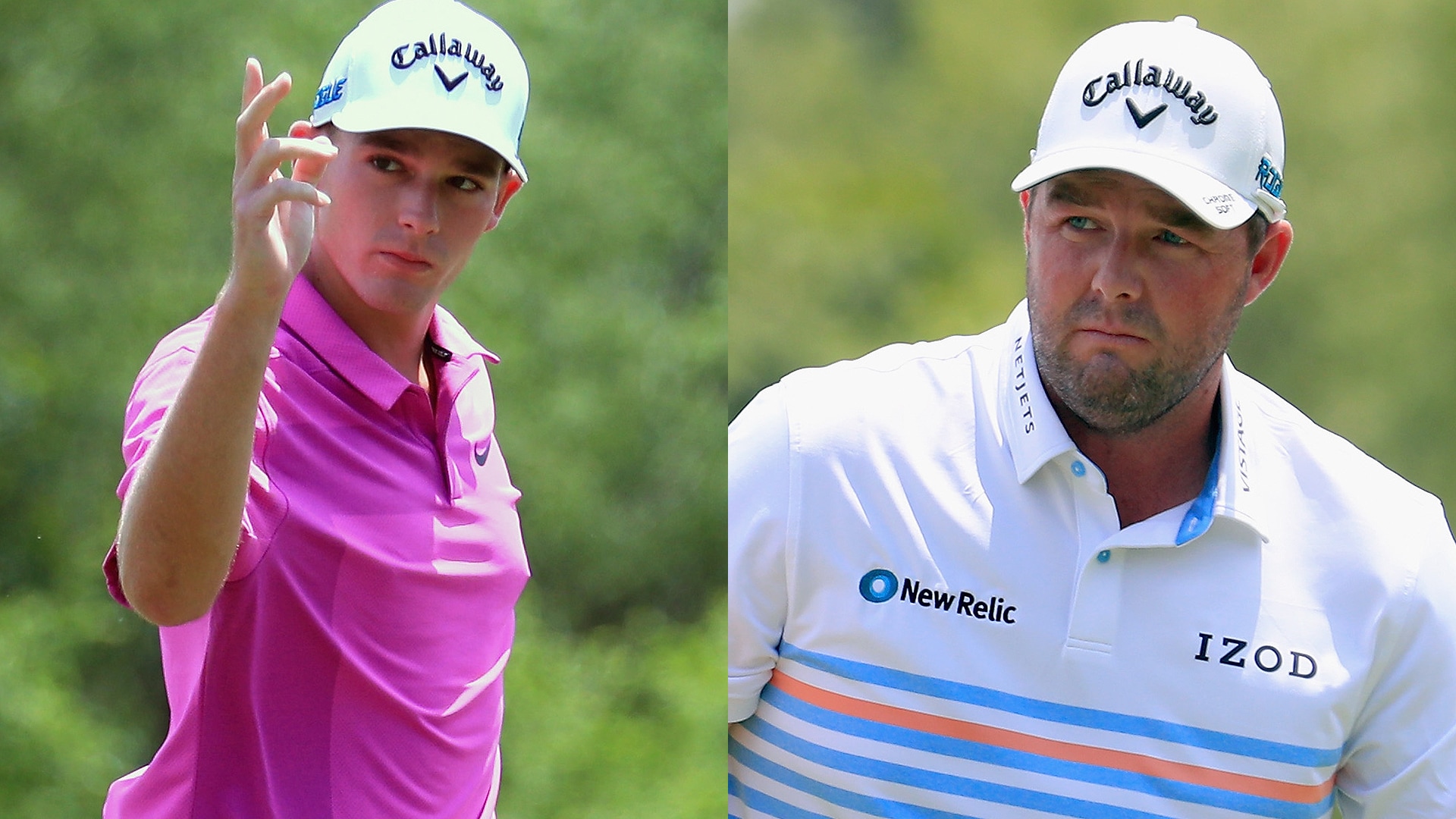 DALLAS – While the swirling Texas winds may still have their say, the AT&T Byron Nelson is shaping up to be a two-horse race.

With a four-shot gulf between them and their closest pursuers, co-leaders Marc Leishman and Aaron Wise both stepped up to the microphone and insisted the tournament was far from over. That it wouldn’t revert to a match-play situation, even though the two men didn’t face much pressure from the pack down the stretch of the third round and have clearly distanced themselves as the best in the field through 54 holes.

But outside of an outlier scenario or a rogue tornado sweeping across Trinity Forest Golf Club, one of the two will leave with trophy in hand tomorrow night.

That’s in part because of their stellar play to this point, but it’s also a byproduct of the tournament’s new and unconventional layout: at Trinity Forest, big numbers are hard to find.

Even with the winds picking up during the third round and providing the sternest challenge yet, the field combined for only 16 scores of double bogey, and nothing worse than that.

There’s irony in a course called Trinity Forest offering a tree-less test, sure, but there are also no water hazards in play here. For the most part, players have been maxing out with bogey – and Leishman and Wise have combined for only six of those so far this week.

If someone from the chase pack is going to catch them, the two sharing the pole position aren’t going to do them any favors.

While Leishman has been somewhat of a late bloomer on the PGA Tour, with only one win across his first eight seasons, he now has a golden opportunity to add a third trophy in the last 14 months. He has felt right at home on a sprawling layout that reminds him of a few back in his native Australia, and he’s part of a Down Under invasion on a leaderboard that also includes Matt Jones (-13) and Adam Scott (-9).

While Wise briefly held sole possession of the lead, Leishman has seemingly held an iron grip on the top spot since opening his week with a blistering 61.

“Before last year, I was a pretty slow starter. I always got off to a slow start Thursday, or I’d be fighting to make the cut and have a good weekend to slide into the top 10,” Leishman said. “Getting into that round straight away on the first tee rather than the ninth green or something, which sounds like a really basic thing, but it’s something I didn’t do very well until last year.”

But as Leishman acknowledged, he likely can’t count on a stumble from Wise to help finish off a wire-to-wire victory. As the youngest player to make the cut this week, Wise is facing a challenge of taking down a top-ranked Aussie for the second time in as many starts.

While he came up short at the Wells Fargo Championship, tying for second behind Jason Day, he remains supremely confident that he can put those hard-earned lessons to use this time around.

“I feel like it’s a great opportunity,” Wise said. “It will obviously be a huge day for me. I feel like having one go at it already, I’m a little more confident going into it this time.”

Even among the landscape of the Tour’s promising next wave, Wise stands out as a particularly young gun. Still only 21, he could feasibly be heading to Karsten Creek next week with his Oregon Duck teammates to close out his senior season with another NCAA championship appearance.

But Wise turned pro after winning the NCAA individual title as a sophomore, and he steadily worked his way through the professional ranks: first a win on the Mackenzie Tour in Canada, then one last summer on the Web.com Tour.

Now he’s poised to turn what he described as a “lackluster” season before his Quail Hollow runner-up into one that defies even his own expectations.

“Absolutely, I am way ahead of the curve. It’s pretty hard to do what I’ve done at such a young age. Only a few have done it,” Wise said. “I feel like I’m getting some great experience for a kid this young. It’s only going to serve me well down the road.”

An unpredictable Coore-Crenshaw layout will have one more day to star, and outside of Wise the top six names on the leaderboard have at least one Tour win to their credit. But after the two men traded punches on a firm and fast afternoon, it sure feels like the final round is shaping up to offer more of the same.

For Leishman, it’s a chance to add another notch to some quickly expanding credentials; for Wise, it’s an opportunity to win on the one level he has yet to do so.

“It’s golf, at the end of the day. If you play better than everyone else, you’re going to win,” Wise said. “That’s why I play it. That’s why I love this sport, and tomorrow is nothing different.”