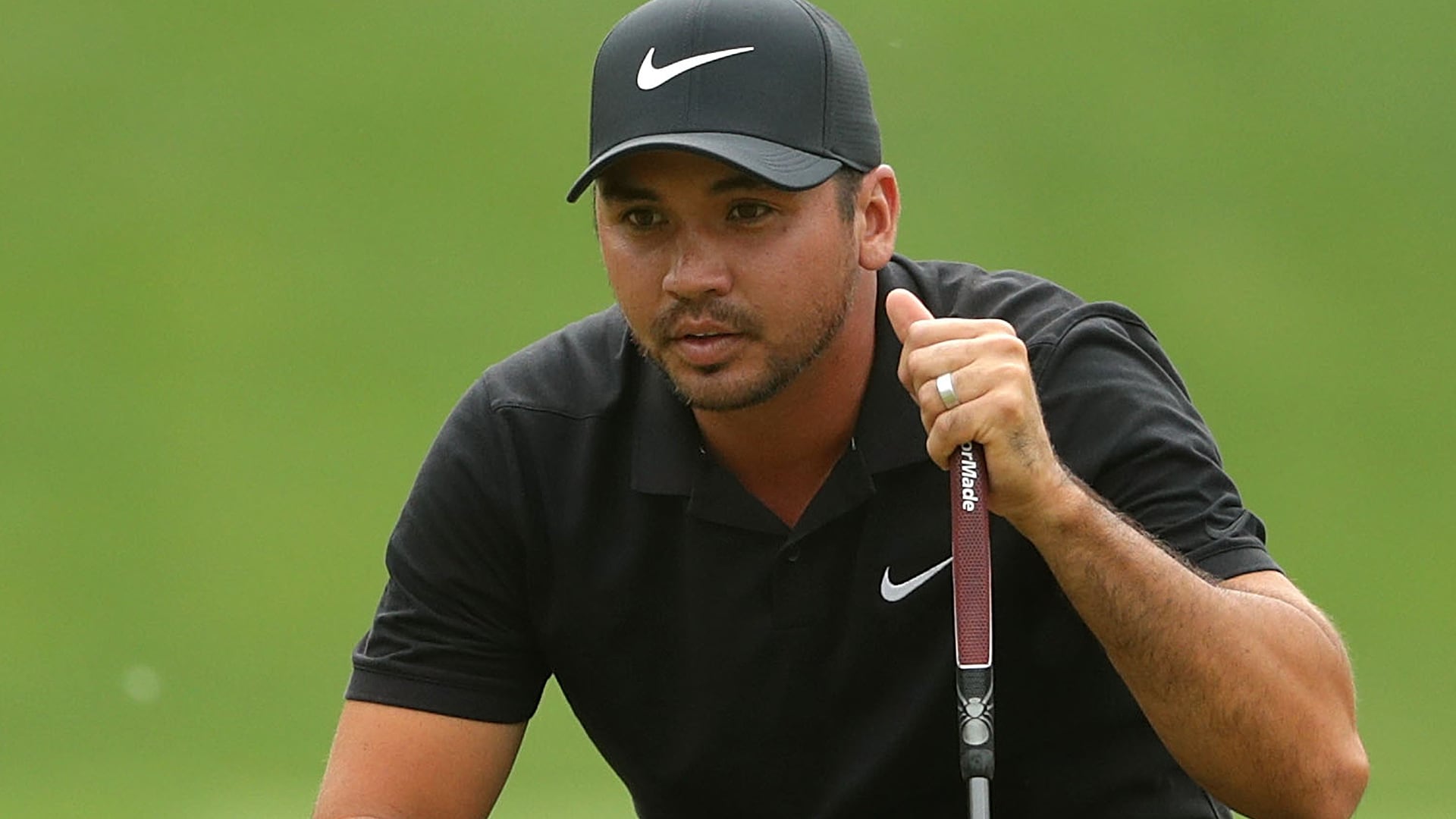 CHARLOTTE, N.C. – Nine months ago, Jason Day’s bid for a second PGA Championship came to a disastrous end when he made a quadruple bogey-8 to close out the third round here at Quail Hollow.

On Saturday at the Wells Fargo Championship, Day once again arrived at Quail’s 18th hole, this time with a two-shot lead. And for a second, it looked like he was in trouble again.

Day’s 343-yard drive started hooking left, in the direction of the creek that runs the entire left side of the closing hole. The ball bounced and luckily came to rest just on the bank in the rough, when it easily could have found the water.

The ball didn’t make it into the creek, but Day did, removing his shoes to play his second shot, which found the middle of the green and led to an otherwise-uneventful, two-putt par.

In his post-round news conference, Day was asked if at any point in the process he thought back to what happened here last August, when he missed the fairway to the right, tried to hit a slinging hook around the trees, took an unplayable from a bush, and then used his putter four times.

As for the one he hit Saturday …

“So when you're standing there, you're looking at the angle of the clubface where your ball is going to start out, you aim a little bit right. The biggest thing is always contact, just hit, contact first and then worry about things later because the moment that you hit it a little bit higher on the face it pulls left and goes in the water, so you'll have good contact on that shot.”

And that is how you hit a ball above your feet while standing in water.