Woods flips the script with opening 68 at Bay Hill 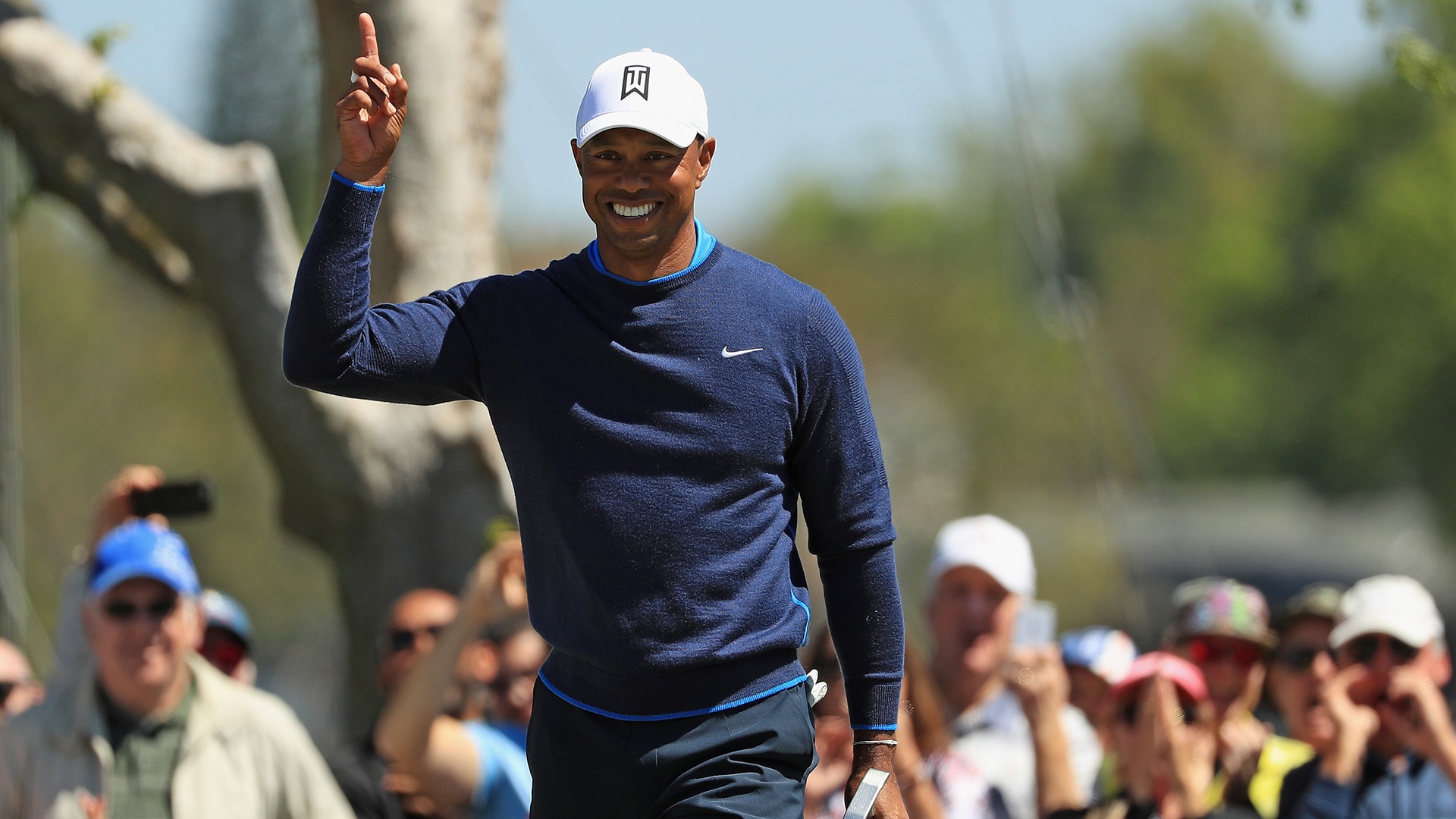 He was asked - in no particular order - his thoughts on the young U.S. team, his health, repeatedly, his timetable for a possible return to competition and even about the earthquakes in Mexico. He covered a lot of ground that day, yet not once was he asked his thoughts on winning again on the PGA Tour. There wasn’t a single mention of claiming his 15th major championship. Not a word about how it would feel to get back in contention on a Sunday.

At that moment in time, Woods’ future was wildly uncertain. He was pain-free for the first time in years, but making the leap from fusion surgery in April to competitive relevance was simply too much of a jump, even for Tiger.

My, how times have changed.

On Thursday at Bay Hill, Woods was asked 37 questions and nearly every one of them was a variation of when, not if, he wins again, either this week or next month at the Masters, where he is now the betting favorite.

“You guys are asking different questions than you did when I first came back and that wasn't that long ago, that's two months ago,” said Woods, who played 17 flawless holes on Day 1 and was a stroke off the early lead at the Arnold Palmer Invitational following a 4-under 68. “The narrative has completely flipped from how you guys ask me questions and I just wanted to remind you guys that it wasn't that long ago that you were asking a different set of questions and that you need to enjoy it.”

Play like what we saw on Thursday and last week at the Valspar Championship will do that. Woods wasn’t being petulant and he punctuated his remarks by repeating that playing golf is now fun for him, his point was only to remind anyone who would listen to not get caught up in the hyperbole.

That’s always difficult when it comes to Woods, but even more so following his runner-up finish last week at Innisbrook Resort, his best showing on Tour since 2013. That he was making his pleas at Bay Hill, where he’s won eight times, only made his comments largely fall on deaf ears.

Woods’ point is valid. The learning curve from where he was just eight months ago is extreme and there is no replica for real-world experience, even for a player as accomplished as Tiger.

But as Woods continues to turn back the clock with his inspired play, his best calls for restraint will be increasingly ignored. Fans who crowded every hole eight and nine people deep on Thursday have little interest in the long view.

They don’t care, for example, that Woods adhered to his old playbook on Thursday, playing Bay Hill’s four par 5’s in 4 under par and rolling in 63 feet of putts . . . on the greens. That doesn’t count the 71-foot birdie putt he made from another area code at the seventh hole to temporarily take solo possession of the lead, or the 17-footer he rolled in for birdie at the 13th from off the green.

“Obviously I was trying to lag it [his putt at No. 7] down there and just make my par and get out of here and it had to crash into the hole, which I'm not complaining, and it went in,” he sheepishly shrugged.

Humility wears well on some players, Jordan Spieth immediately comes to mind, but not Woods. Two decades of ruthless perfection and unrivaled dominance are hard to ignore.

The new guy may understandably want to temper expectations, but that’s a big ask when you’re right back in the hunt after four years of competitive activity.

Even Woods’ contemporaries are having a difficult time wrapping their heads around a player who has managed to put himself back in the mix just four official starts into his comeback.

“I remember texting him a couple months ago saying how's it going and he's like, ‘Yeah, I'm starting to feel no pain,’” said Jason Day, who was paired with Woods on Thursday. “Now he's the favorite [to win this week’s Arnold Palmer Invitational]?”

One would even imagine that Woods, himself, is at least mildly surprised he’s gone from the DL to a dead sprint in such a limited amount of time, but if he is, he’s not letting on.

Perhaps he always knew that if he were healthy, which was the great unknown, he could return to something close to his dominant form.

“I feel way more comfortable in the tournament setting,” Woods said. “It's taken a little bit of time in terms of tournament rounds under my belt to be able to get into this position and I've got my tournament feels now, which is nice. That was only going to come with time and with patience and just playing golf tournaments.”

There was only one way for Woods to change the narrative and that was with his play on the course, he always knew this, but no one could have known he would have been able to accomplish that so quickly.

Tiger: Rehab 'more painful than anything'

Tiger Woods said he’s focused not on his long-term playing future but a more immediate goal: Walking on his own.