Links to the past: Tiger's return revives Open memories 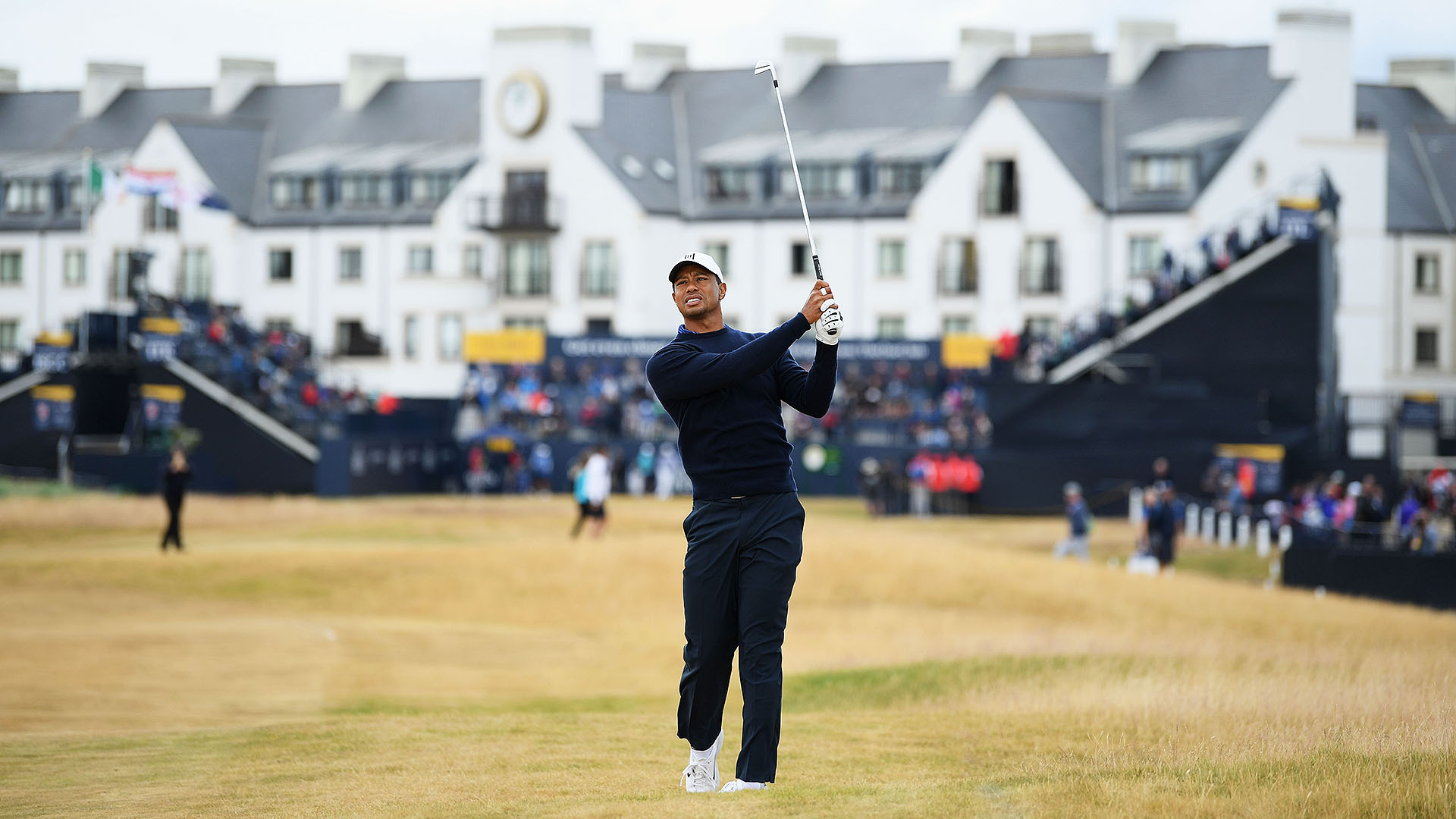 CARNOUSTIE, Scotland – Tiger Woods rekindles his love affair with links golf this week at Carnoustie, which seems about right considering his introduction to the ancient ways of the game began here on the Angus coast.

It was here on the most brutal of the Open Championship rota courses that a 19-year-old Tiger first played links golf at the 1995 Scottish Open, an eye-opening and enlightening experience.

“I remember my dad on the range with me, saying, ‘Are you ever going to hit the ball past the 100 yard sign?’” Woods recalled on Tuesday at Carnoustie, his first start at The Open since 2015. “I said, ‘No, I'm just enjoying this. Are you kidding me? This is the best.’”

During this most recent comeback, Tiger has been all smiles. A new, relaxed version of his former self made calm and approachable by age and the somber influence of injury. But this week has been different.

During a practice round with Justin Thomas on Monday he laughed his way all the way around the brown and bouncy seaside layout. Much of that had to do with his return to the unique ways of links golf, the creative left side of his brain taking the wheel from the normally measured right side for one glorious week.

He talked of game plans and strategic advantages on a parched pitch that has seen drives rolling out over 400 yards. At his core, Tiger is a golf nerd for all the right reasons and this kind of cerebral test brings out the best of that off-the-charts golf IQ.

Although there are no shortages of defining moments in Tiger’s career and one can make all sorts of arguments for what would be his seminal moment – from the 1997 Masters to the 2008 U.S. Open –the 2006 Open Championship at Royal Liverpool stands out, based on near-perfect execution.

In ’06 at Liverpool, which played to a similar shade of dusty yellow as Carnoustie will this week, Tiger hit just a single driver, opting instead for a steady diet of long irons off tees. For the week he hit 48 of 56 fairways, 58 of 72 greens and rolled the field for a two-stroke victory and his third, and most recent, claret jug.

This Open has all the makings of a similar tactical tour de force. For this championship he’s put a new 2-iron into play that’s more like a strong 1-iron (17 degrees) and imagines, given the conditions, a similar low, running menu.

“It could be that way,” Woods said when asked the similarities between this week’s conditions and the ’06 championship. “I'm not going to hit that many long clubs off the tees, just because I hit a 3-iron on Monday, down 18, I went 333 [yards]. It can get quick out here.”

If Tiger ever needed a major championship confidence boost the Carnoustie Open would be it, an inspiring walk down memory lane to a time when he was the undisputed king of golf.

“[The ’06 Open] is the closest you can compare to this,” David Duval said. “But I struggle to remember that golf course being as fast as this one. It was close, but this one is something else.”

Ernie Els had a slightly different take, albeit one that was no less ominous to the rest of the field this week.

It’s worth noting that Tiger also won that ’00 Open at the Home of Golf with an even more dominant performance. It is the unique challenges of the links test that make many, even Tiger, consider the Open Championship his best chance to continue his pursuit of Jack Nicklaus’ record of 18 majors.

More than any other Grand Slam gathering, The Open is blind to age and the notion of players competing past their prime. In 2008 at Royal Birkdale, then-53-year-old Greg Norman flirted with the lead until the very end, finishing tied for third; a year later at Turnberry, Tom Watson came within one hole of history at 59 years young.

“It certainly can be done,” Woods said. “You get to places like Augusta National, where it's just a big ballpark, and the golf course outgrows you, unfortunately. That's just the way it goes. But links-style golf courses, you can roll the ball. Even if I get a little bit older, I can still chase some wood or long club down there and hit the ball the same distance.”

Whether this is the week Tiger gets back into the Grand Slam game depends on his ability to replicate those performances from years past on a similarly springy course. As he exited the media center bound for the practice putting green on Tuesday he seemed renewed by the cool sea breeze and the unique challenges of playing the game’s oldest championship.

Coming back to Carnoustie is more than a reintroduction to links golf; for Tiger it’s starting to feel like a bona fide restart to his major career.