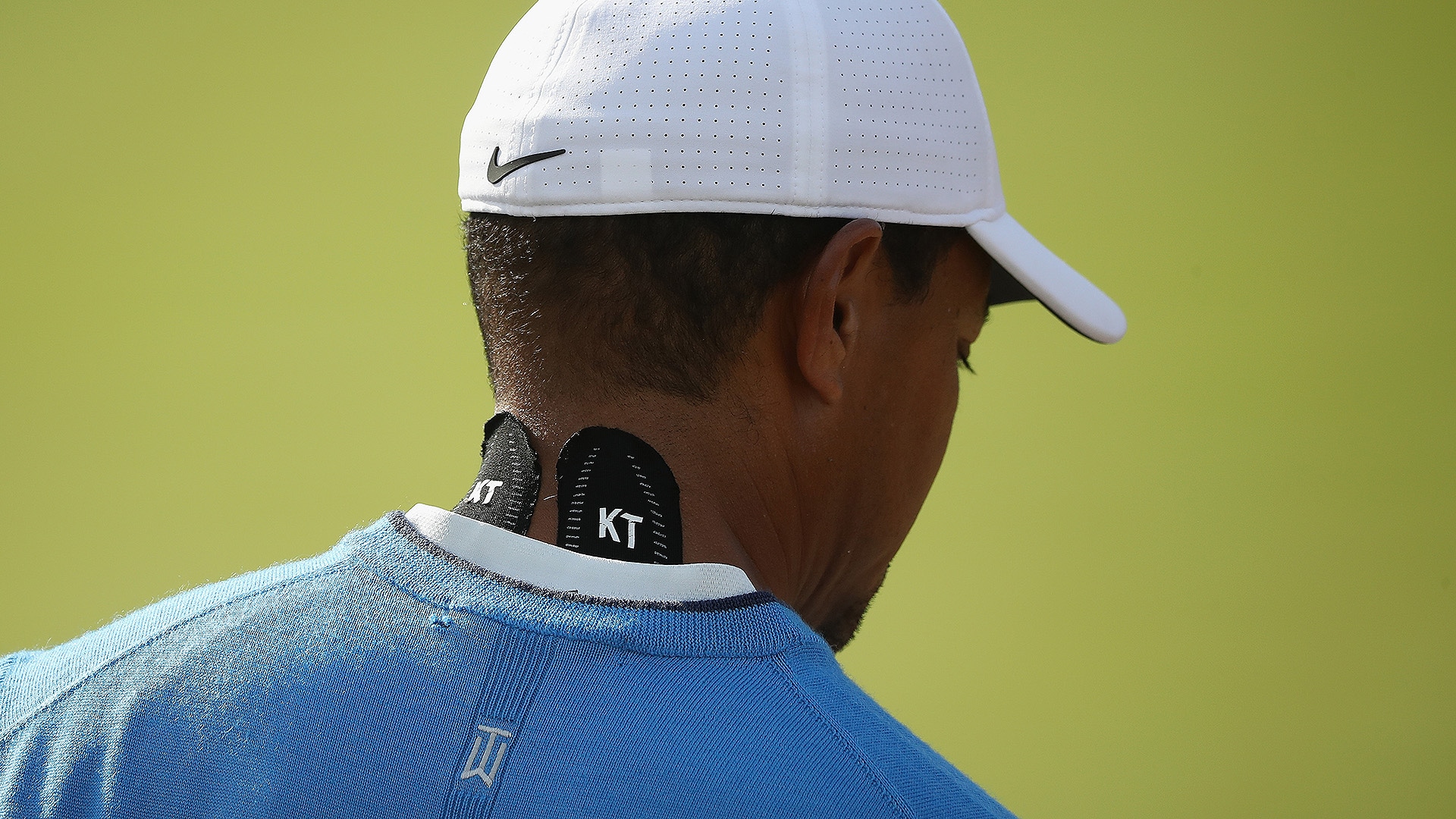 CARNOUSTIE, Scotland – In a surreal twist to the opening round of The Open, golf fans across the globe were sent scrambling to Google “kinesiology tape” after Tiger Woods arrived for his first 18 holes at Carnoustie wearing at least two strips of the therapeutic tape on his upper neck.

Woods, who underwent fusion surgery on his lower back early last year, has talked often about his improved health in recent months, but on Thursday he revealed that his neck has been “bugging me for a while.”

Although Woods, who opened with an even-par 71 and was tied for 32nd place, didn’t go into detail about the ailment, he did say it did impact his swing during the first round “here and there.”

He also said this isn’t the first time he’s played a tournament round with some sort of brace or support to compensate for an injury.

“Everyone acts like this is the first time I've been bandaged up,” he said. “I've been doing this for years, braces and bandages, just that this time it's actually visible.”

In 2010, Woods withdrew from The Players with an inflamed facet joint in his neck, but he’s given no indication of any recent injuries to his neck.