Woods misses five putts inside 8 feet in round of 67 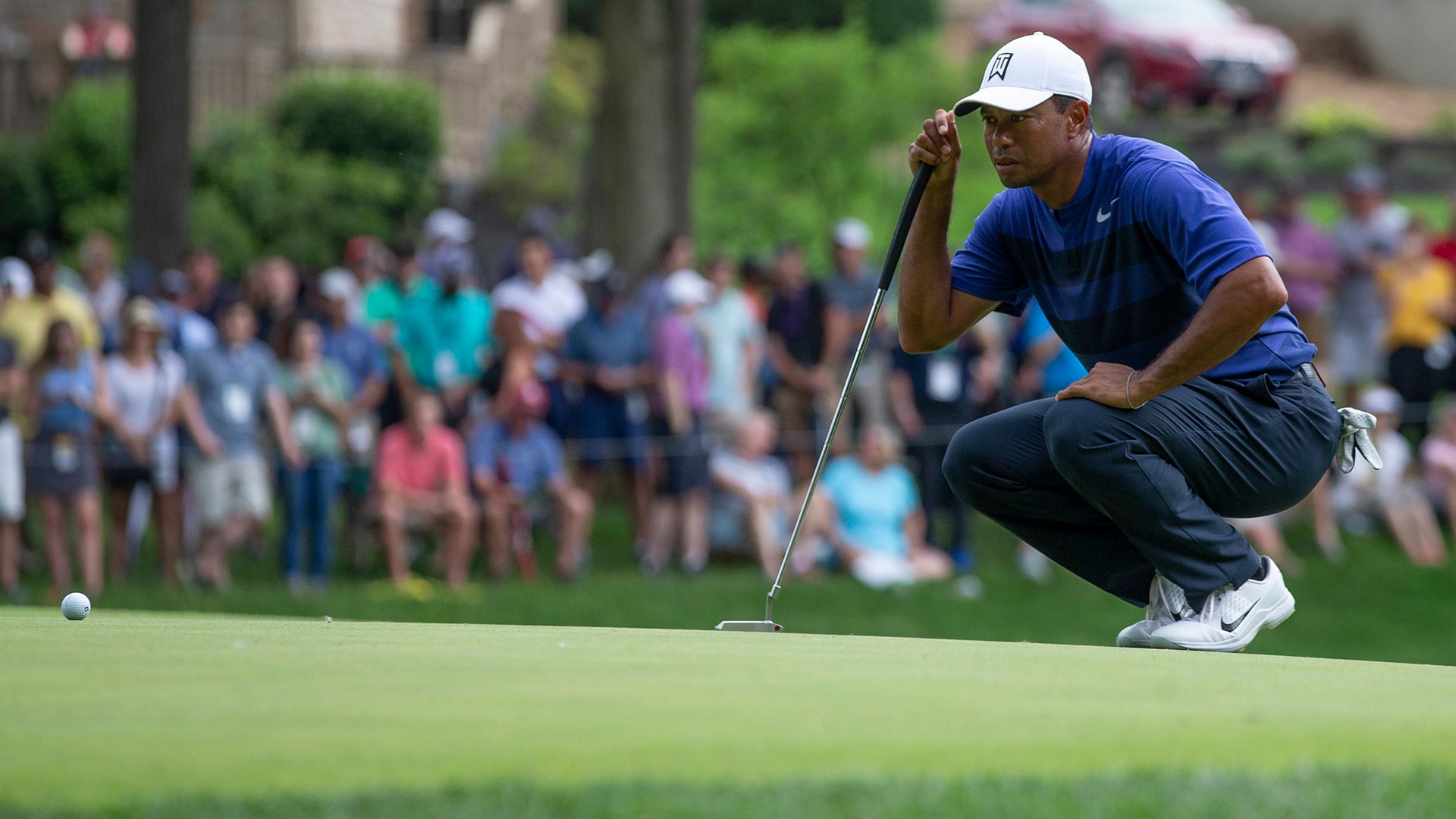 DUBLIN, Ohio – After a brief session with the media following a stirring second round at the Memorial Tournament, Tiger Woods ducked out a side door and headed straight for the putting green.

Woods’ effort brought the crowds to their feet at Muirfield Village, highlighted by a hole-out eagle on No. 11, but it also included a glaring and persistent weak spot. As if to demonstrate that the various riddles of the game can never be fully solved, Woods combined elite ball-striking with putting that he accurately described as “terrible.”

Woods missed five putts from inside 8 feet, including four critical wobbles in the seven holes he played following an 88-minute rain delay. Birdie putts on Nos. 12 (6 feet), 13 (5 feet) and 16 (7 feet) went awry, as did a 3-foot par putt on the 17th hole that dropped him back to 5 under for both the day and the week. In total, he lost nearly four strokes to the field on the greens.

“I missed a lot of short putts, which is, you know, something I don’t normally do,” Woods said. “Which is frustrating. I’ve got to clean that up come this weekend, and hopefully I can get it going and I can play well like this on the weekend and I’ve got a great chance of winning the tournament.”

After starting his second round firmly on the cut line, Woods moved up into a tie for 24th, six shots behind co-leaders Kyle Stanley and Joaquin Niemann. While he admitted that the weather delay affected him since it was the first such delay he’s experienced in this latest iteration of his comeback, Woods explained that his feel on the greens simply wasn’t up to his expectations from the start.

“I missed one on No. 1, and after that I missed everything. Just didn’t putt well,” Woods said. “I didn’t feel the putter head flowing, didn’t feel it releasing. These are all normal things I normally feel, but I just didn’t quite have the feel for it.”