Li leads McIlroy by one headed into Dubai Sunday 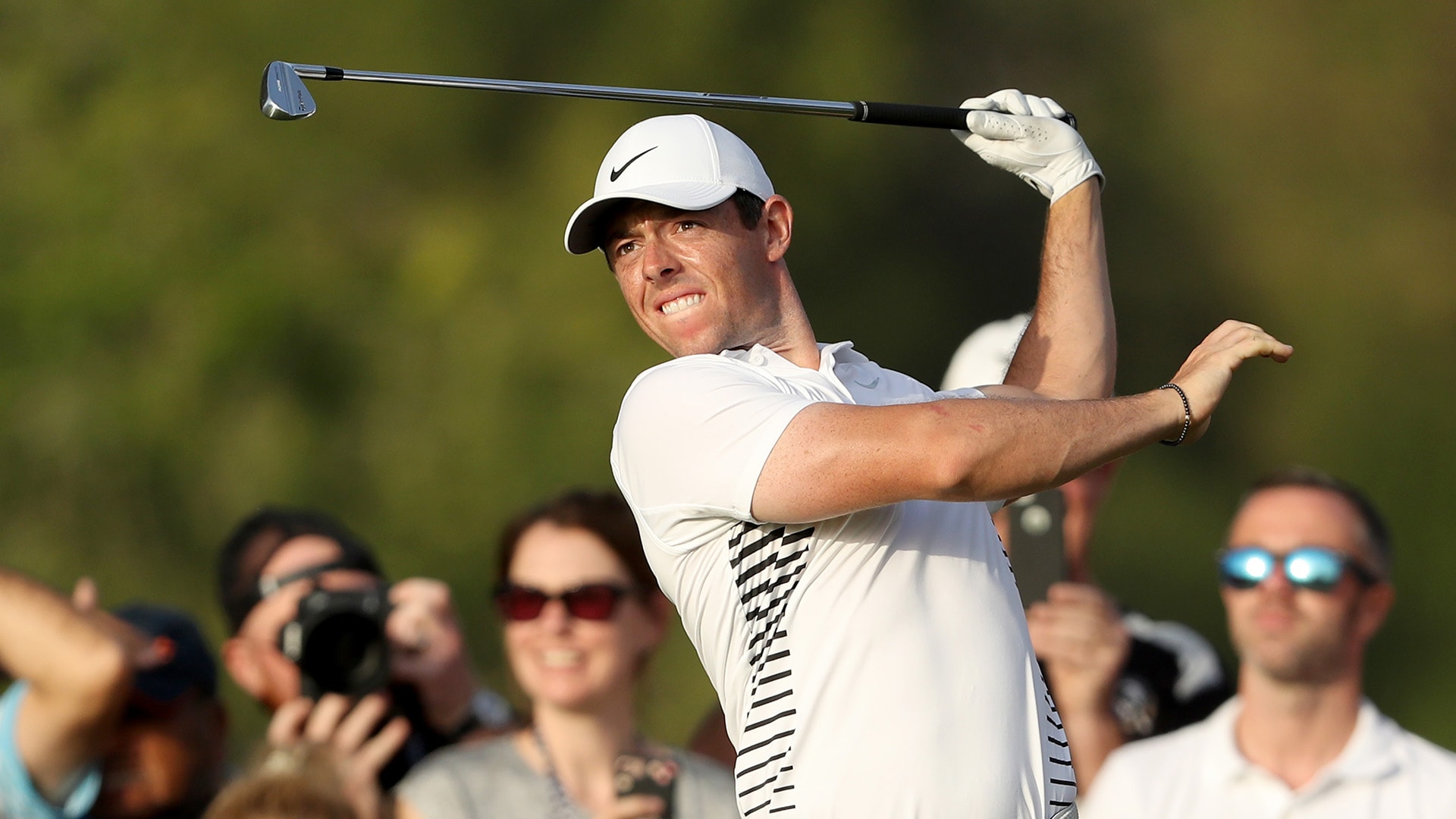 DUBAI, United Arab Emirates - Rory McIlroy was within sight of a first title in 17 months after the third round of the Dubai Desert Classic where he lay only one shot behind surprise leader Li Haotong on Saturday.

McIlroy, who finished his second round in the morning, surprisingly struggled for the first time in seven rounds into his comeback from a three-month layoff, and was 1 over par at the turn in the third round.

The four-time major champion then recovered with three birdies and an eagle on the back nine for a 4-under 68 and 19 under, overall, that put him one behind Li.

Li, in the leader group with McIlroy, shot a bogey-free 64 at Emirates Golf Club.

Li, the highest ranked Chinese male player in the world at No. 60, produced a brilliant display of iron play and putting to be in great position to add to his only previous European Tour win, the 2016 China Open.

He needed just 24 putts to complete his round, and said: ''It's going to be fun out there tomorrow.''

McIlroy's last win was in August 2016 at the Tour Championship, and he was impressed by Li.

''He holed everything he sort of needed to,'' McIlroy said.

''I know that if he continues to play like that, he will be tough to beat, but I feel like if I play my game, I've got a good chance.

''I showed that even when I didn't have my best stuff, I was able to battle around and get in with a decent score. So hopefully, I have a bit of a better game tomorrow.''

On another low-scoring day, Alex Levy of France made a hole-in-one in a round of 65, a score which was matched by playing partner Haydn Porteous of South Africa. The duo was tied for third, three behind the leader at 17 under par.

Levy was making a stunning run and reached the top of the leaderboard briefly before falling back with consecutive bogeys on 15 and 16. That run included a hole in one on the par-3 fourth hole with a 9-iron shot from 171 yards.

Porteous joined him with three birdies in his last three holes.

The low round of the day was a 9-under 63 by Andy Sullivan of England, who moved to fifth on the leaderboard at 16 under.