Woodland gets a grip, grabs the lead 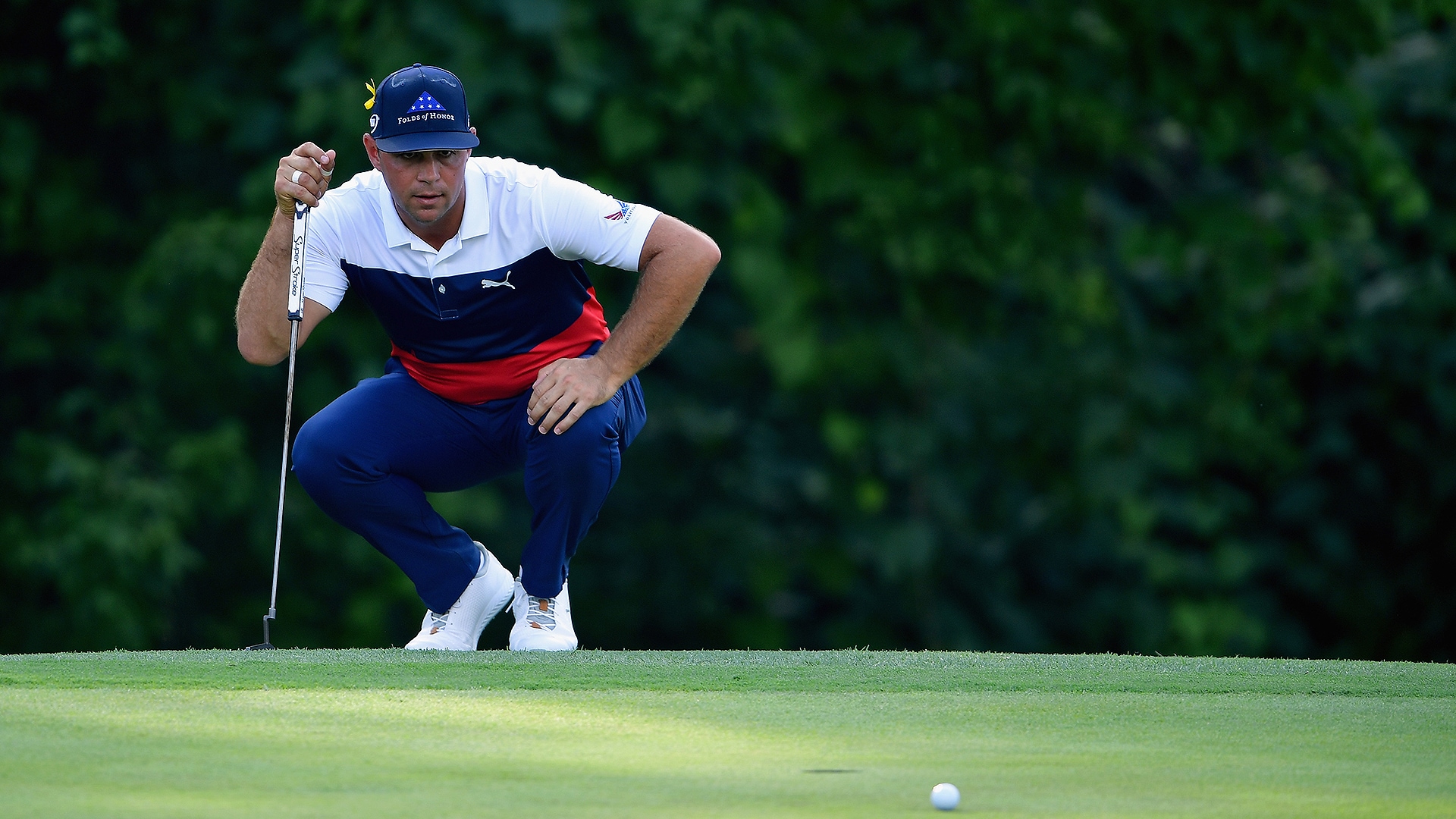 ST. LOUIS – Gary Woodland was sharing a rental house with his manager, Excel Sports’ Mark Steinberg, and the long-time agent had heard enough.

“I hit it so good on Friday and Saturday at The Open Championship and I think I shot over par,” Woodland said on Thursday at the PGA Championship. “I was having 34, 35 putts every day and [Steinberg] had had enough of me complaining about it so he called Phil.”

Steinberg persuaded Woodland to meet with Phil Kenyon, who has become something of a putting whisperer on the PGA Tour, at Carnoustie and again last week at the WGC-Bridgestone Invitational. This week at Bellerive, Kenyon had Woodland switch putting grips and the results were impressive.

After making bogey at his first hole, Woodland played his next 17 holes in 7 under par on his way to a 64 and a one-stroke lead. For the day, Woodland rolled in 152 feet of putts. To put that in context, he made just five putts over 10 feet for four rounds at Firestone.

“I literally put a SuperStroke grip on and it fixed everything, to be honest with you,” said Woodland, who had never held the lead at a major before Thursday. “I was trying to fight it the last couple weeks and trying to feel it, feel it, and we put the SuperStroke grip on on Tuesday and Phil said, don't change anything. I didn't have to think anymore, I literally grab the putter and go.”