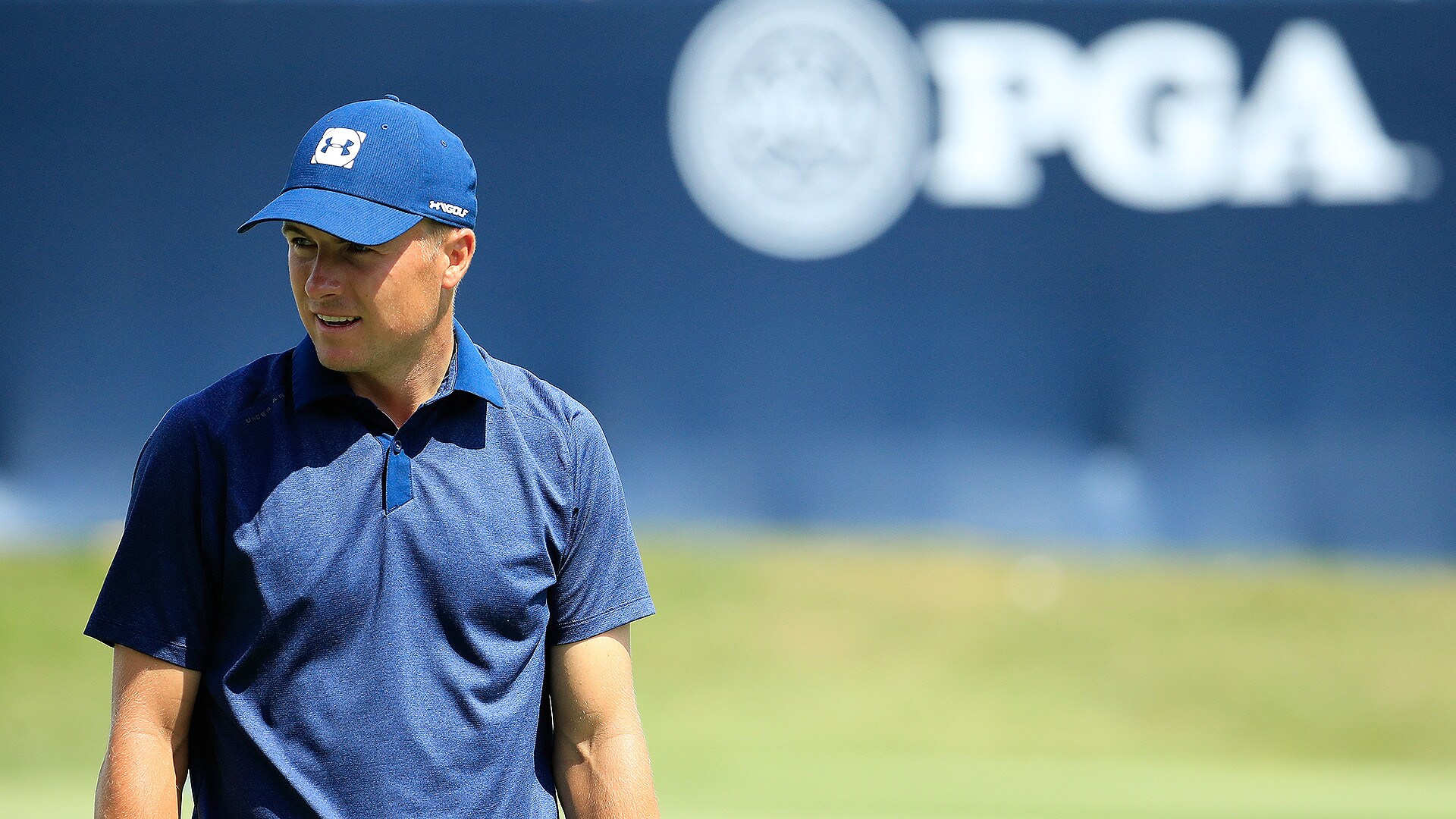 ST. LOUIS – Fresh off his victory last year at The Open, Jordan Spieth arrived at the year’s final major with an opportunity to complete the career Grand Slam.

Things didn’t go his way at Quail Hollow, where he finished tied for 28th. Although he has the same opportunity this week at Bellerive, he conceded that his substandard play this year has created a different atmosphere.

“I was probably a little more anxious last year. Going in [to the ’17 PGA], there was a big focus on it, given it was right after the Open Championship,” Spieth said on Tuesday. “I feel somewhat under the radar this year. I've kind of felt that way a lot this year, I don't mind it.”

Spieth has just a single top-10 finish since the Masters – a tie for eighth place at Carnoustie – and added to his struggles last week when he tied for 60th at the limited field WGC-Bridgestone Invitational.

Still, the opportunity to become just the sixth player to complete the career Grand Slam will always get Spieth’s attention, regardless of his current form.