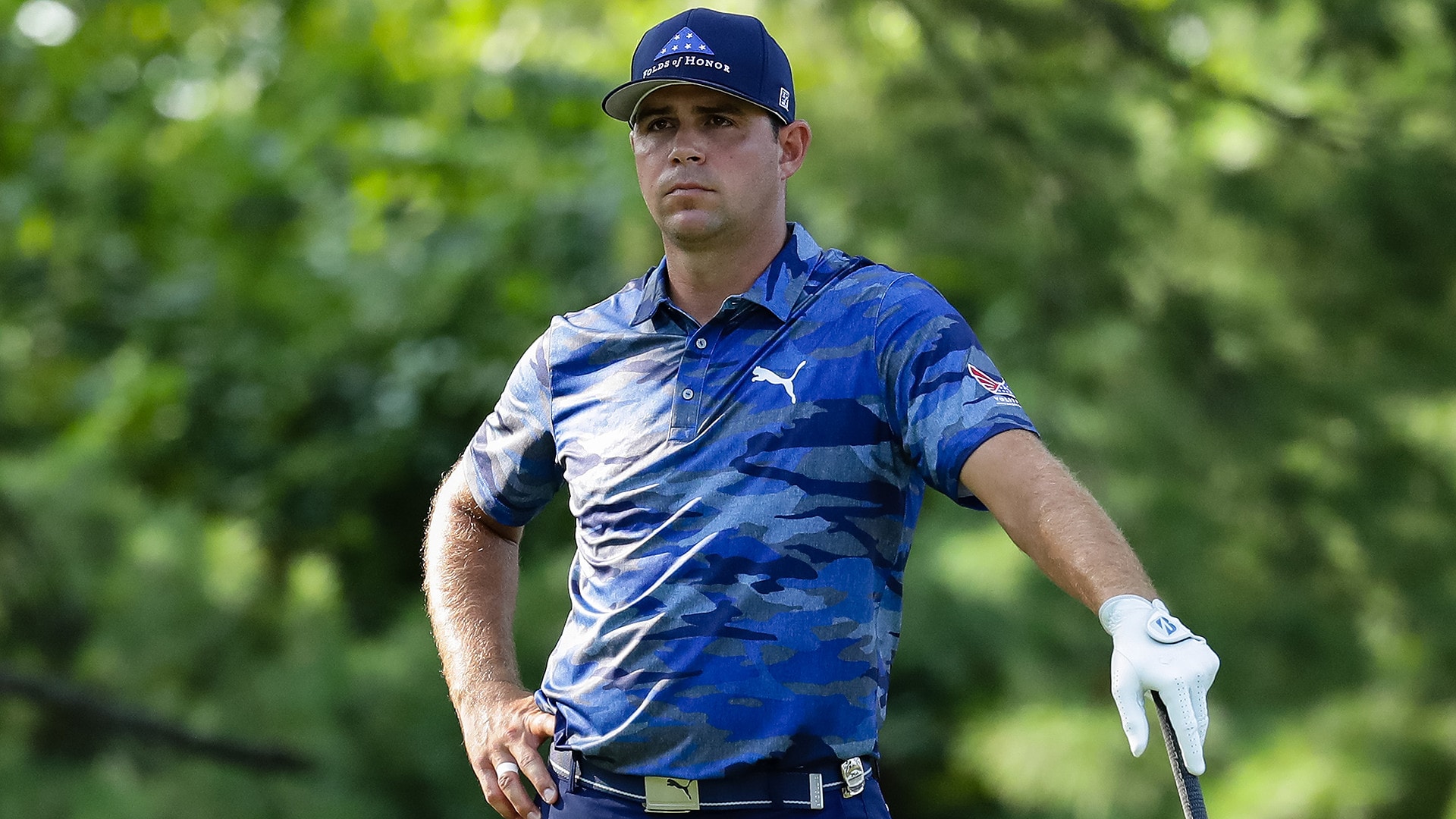 ST. LOUIS – Gary Woodland’s charge to his first major championship victory took an unexpected detour on Saturday at Bellerive’s 10th hole, the byproduct of a surreal series of events.

Woodland’s approach at the par 4 found a greenside bunker and he blasted his next shot into a bunker behind the green. Kevin Kisner, who was grouped with Woodland for Round 3, found the same greenside bunker with his approach shot.

Woodland played his fourth shot from the bunker behind the green, another poor attempt that rolled back into the bunker in front of the green and came to rest in a collection of footprints, most likely Woodland’s own from his first trip to the hazard.

Following some predictable give and take on social media as to why the bunker hadn’t been raked after Woodland and Kisner played their third shots, Kisner’s caddie, Duane Bock responded.

“It’s on me,” Bock tweeted. “[The] rake was on the other side of the bunker in direct line with [Woodland’s] next shot. I knew I’d be in his line of sight and in last group. I decided not to get in his way. I should’ve been more aware of the potential outcome of his next shot. I take full responsibility.”

Given how quickly the events unfolded, it’s unlikely Bock would have had time to rake the bunker before Woodland hit his fourth shot, and Woodland’s caddie, Brennan Little, quickly came to Bock’s defense.

“Not your fault at all [Bock],” Little responded on Twitter. “You didn’t have time to rake it, even if you had started [Woodland] wasn’t waiting for you at that point.”

Woodland made a triple-bogey 7, but he did finish his round with two birdies and will begin the final round at the PGA Championship three strokes off the lead.