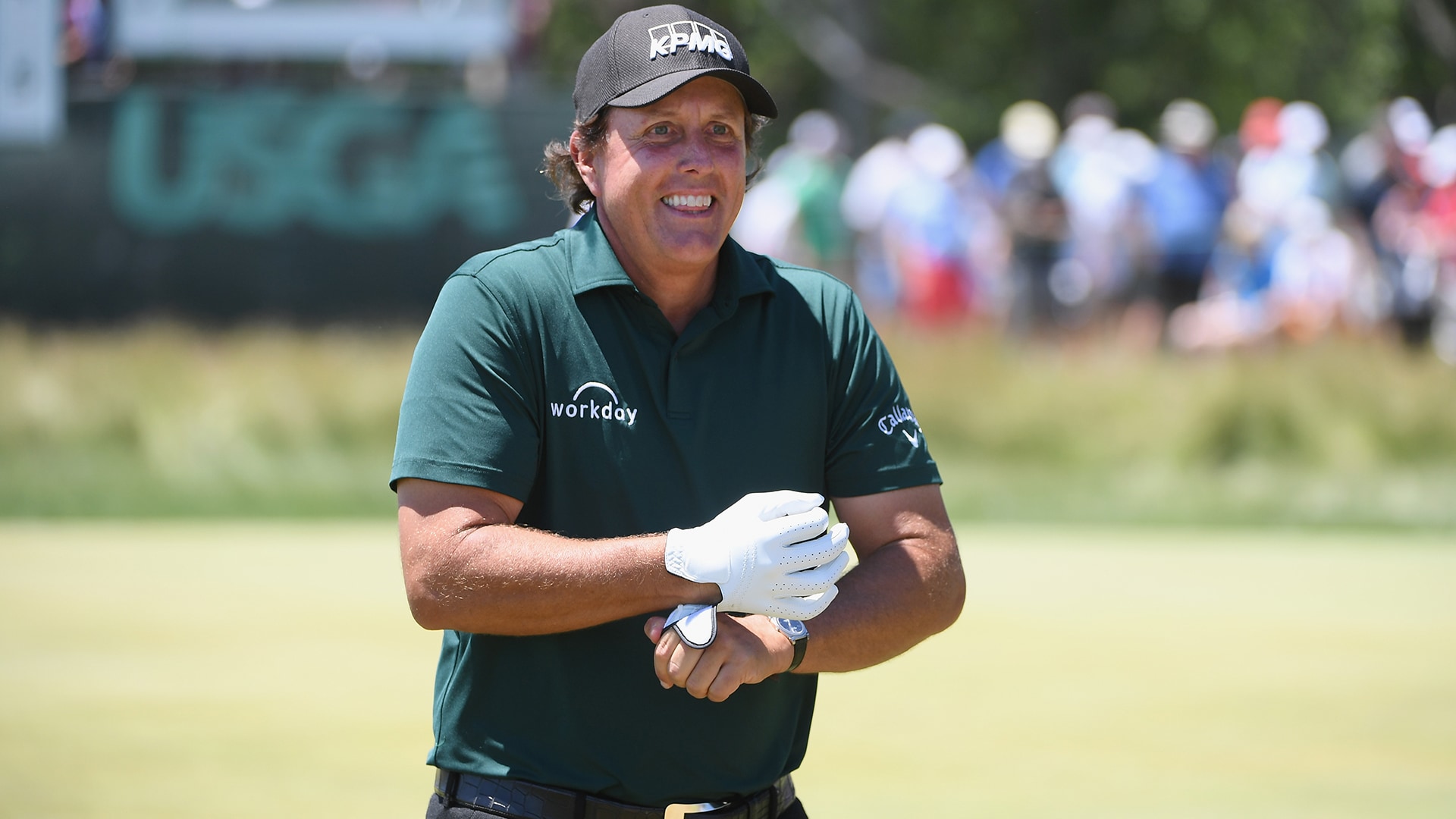 SOUTHAMPTON, N.Y. – A frustrated Phil Mickelson is having a birthday to forget at the U.S. Open.

On his 48th birthday Saturday, Mickelson was already 4 over par for the day when he had a bizarre incident on the 13th tee.

Facing a 12-footer for bogey, his ball raced past the cup. As his ball started to ride the slope at the front of the green, Mickelson jogged to catch up with the moving ball and smacked it back toward the cup.

A remarkable sequence on Hole 13, where Phil Mickelson was assessed a two-stroke penalty for hitting a moving ball and ended up making a 10 on the hole. pic.twitter.com/kx6ieYiOGR

He marked that ball and holed the putt for triple. He was assessed a two-shot penalty for hitting a moving ball, turning his quadruple-bogey 8 into a 10.

During play of the 13th hole Phil Mickelson made a stroke on the putting green at the time his ball was moving. As a result, he incurred a two stroke penalty for a breach of Rule 14-5. His score for the hole was 10.

He left the green with a wry smile.

“That’s the most out of character I’ve ever seen Phil Mickelson,” Paul Azinger said on the Fox broadcast. “He just snapped.”

Still searching for his first U.S. Open victory, Mickelson made the cut after rounds of 77-69.