Davis on two-hole playoff: 'Want it to end Sunday' 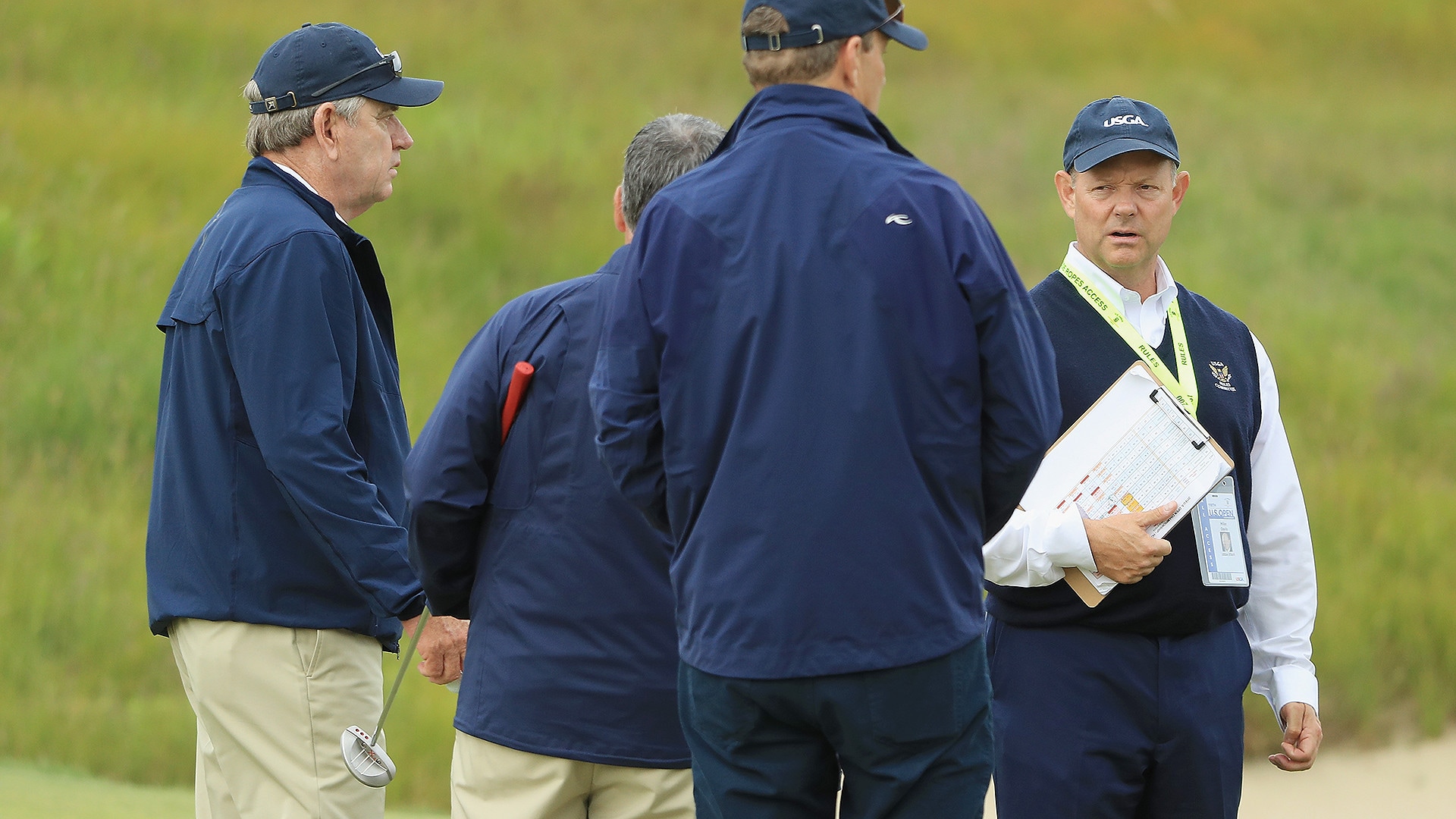 SOUTHAMPTON, N.Y. – There’s a new playoff format this week at the U.S. Open, even if all 156 players in the field don’t realize it.

While Jordan Spieth plead ignorance to the format change during his Tuesday press conference at Shinnecock Hills, USGA officials actually announced in February that they would abandon the rigors of an 18-hole Monday playoff in favor of a two-hole aggregate that could be played Sunday night.

The new format made its debut last month at the U.S. Women’s Open which had previously switched to a three-hole aggregate. Ariya Jutanugarn defeated Hyo Joo Kim in what amounted to a four-hole overtime session when the aggregate produced another tie.

According to USGA CEO Mike Davis, the change to a new playoff format in the organization’s biggest event resulted from lengthy analysis that revealed a consensus desire to conclude the tournament Sunday night.

“By and large, the players want it to end Sunday. The viewers, whether it’s on-site or broadcast, wanted to see it end Sunday. Our vendors, the volunteers,” Davis said. “So we started with that, and we also concluded that there’s no right or wrong in determining a tie after 72 holes of stroke play.”

The change rids the U.S. Open of one of its most identifiable features among the major championship landscape, and it’s a complete change of course for Davis, who just last year at Erin Hills said, “I don’t think in the foreseeable future you will see a change in the 18-hole playoff.”

But much can happen in a year, and now the tournament is slated to finish before sunset Sunday even in the event of a tie. Davis shared that he received feedback from three-time major champ and USGA executive board member Nick Price, who made the argument that the new format could negatively impact a player who posts a low final-round score and might wait for up to two hours while the leaders finish.

But after weighing the various pros and cons, Davis’ team opted to ditch the most grueling playoff format in golf and instead this week will head to Nos. 17 and 18 in the event of a tie after 72 holes.

“It’s not to suggest anybody else is doing it wrong. We just thought we’re going to try two holes,” Davis said. “So far, we like what we see.”