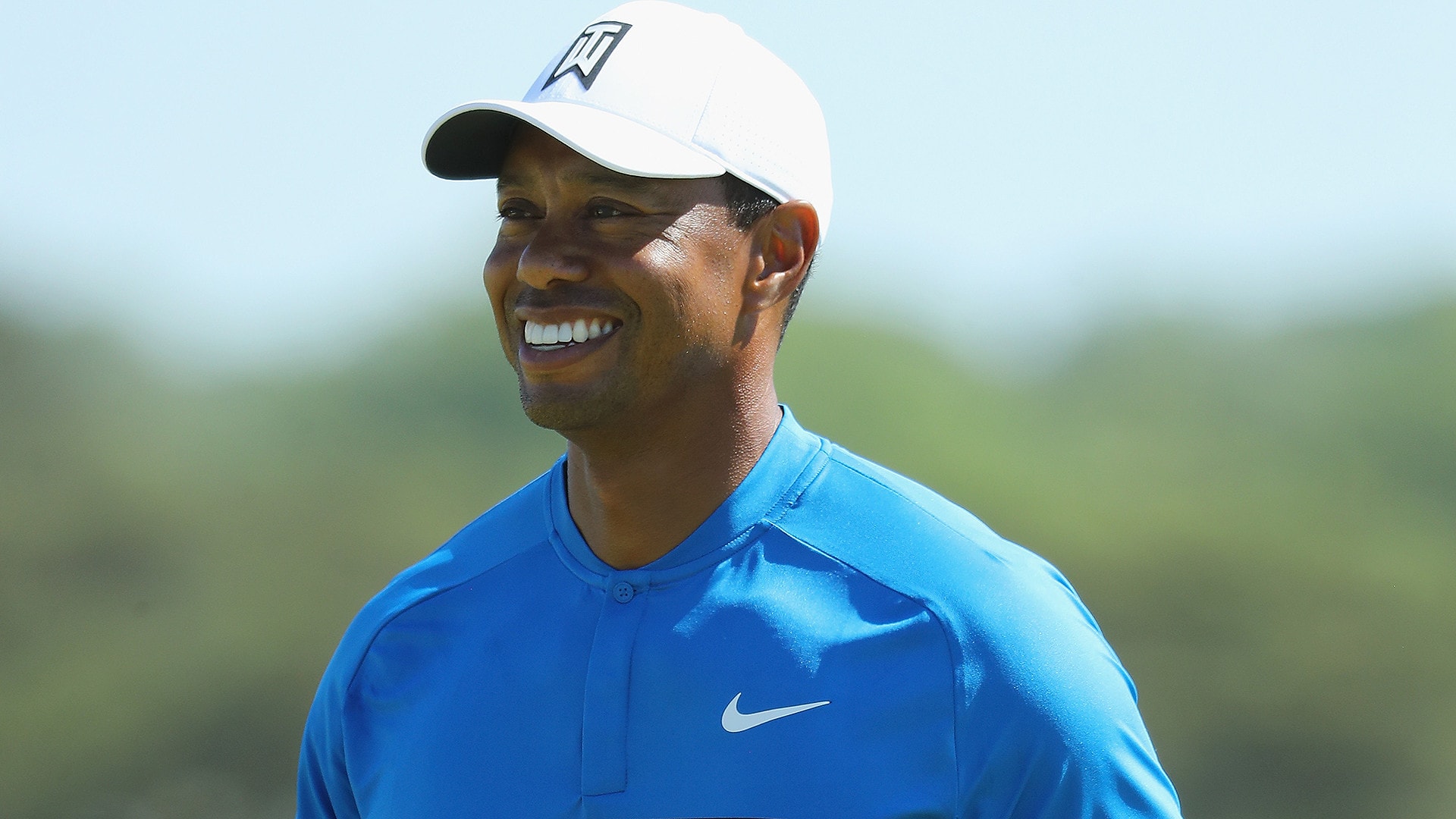 SOUTHAMPTON, N.Y. – Tiger Woods wasn’t born in this slice of American wealth and privilege. Didn’t go to college in the northeast and, if the crowd’s reaction is any measure, he's a fan favorite but not THE fan favorite of the New York masses. That honor would go to the People’s Champion – Phil Mickelson.

But as he’s smiled and joked his way around Shinnecock Hills in the buildup to this week’s championship, everything about this U.S. Open feels like a homecoming for Woods.

Maybe it’s because more so than any other major, Woods has defined his career at the U.S. Open. We’re a decade removed from his last major victory, that historic haymaker at the ’08 U.S. Open – that if we’re being honest, stands as the pinnacle of his competitive achievements.

Or maybe it’s because time and absence has made Tiger and those who hang on every shot nostalgic. He hasn’t played the weekend at his national championship in five years and last teed it up in the U.S. Open in 2015 at Chambers Bay.

Officials may have Tiger-proofed Augusta National and his four PGA Championships (he’s also won four Masters) certainly set a standard, but Tiger and the U.S. Open go together like red and black on major championship Sundays.

Often billed as golf’s toughest test, the U.S. Open paired perfectly with the game’s toughest competitor for the better part of two decades, and it’s worth noting that Shinnecock Hills was the site of Tiger’s first start in the championship in 1995.

He boat-raced the field in 2000 at Pebble Beach, beating runner-up Ernie Els by a cool 15 strokes, and two years later he outlasted Mickelson, in what may be the duo’s most memorable duel, just down the Long Island Expressway at Bethpage Black.

But it’s 2008 and the benchmark Torrey Pines Open that makes this week’s return for Woods something greater than the sum of its parts.

When Woods left La Jolla, Calif., a decade ago his future was uncertain, but no one could have predicted his impending fall from grace, or his current rise back to competitive relevance.

There were injuries, both self-inflicted and otherwise, and setbacks and failed comebacks. Along the way he’s played in 25 majors and still he sits at 14 major championship victories, four shy of the all-time record set by Jack Nicklaus.

“I would think that I have been there on a number of occasions to win a major championship since the '08 U.S. Open, and I haven't done it. And no, I don't like that feeling,” said Woods, who did finish runner-up at the ’09 PGA Championship and third at the ’12 Open Championship. “I've certainly had a nice run where I've won a few. Unfortunately, over the last 10 years, I haven't. But for the first few years of my career, I did well.”

Normally, Woods’ name among the list of favorites to win a U.S. Open wouldn’t qualify as news, but his dramatically improved play this season makes his status this week as a 20-to-1 favorite notable on many fronts.

He’s not at full stride just yet, as evidenced by his putting two weeks ago at the Memorial, his driving during the West Coast swing or his iron play at the Masters. At each turn during this comeback he’s been sidetracked by a different part of his game, and yet he’s embraced each step with a zeal that had been missing.

“Golf is always frustrating. There's always something that isn't quite right, and that's where we, as players, have to make adjustments,” he said. “Tournaments I've played in this year, there's always something. Hopefully, this is one of those weeks where I put it all together and even it out, and we'll see what happens.”

If the New York crowds seem to have turned this U.S. Open into Woods’ homecoming, his demeanor at Shinnecock Hills has only reinforced the idea that Tiger is back where he belongs – playing a classic American golf course with an unrelenting confidence.

“He’s happy with his game, this is like a second lease on life, he gets to play again,” said Steve Stricker, who played a practice round with Woods on Monday at Shinnecock Hills. “He probably thought at one point he couldn’t come back out here and compete. He feels better about this time around.”

Woods returns to the championship that has defined his career this week with a renewed focus and a clean bill of health. He’s a new man now prepared to renew an old pursuit.