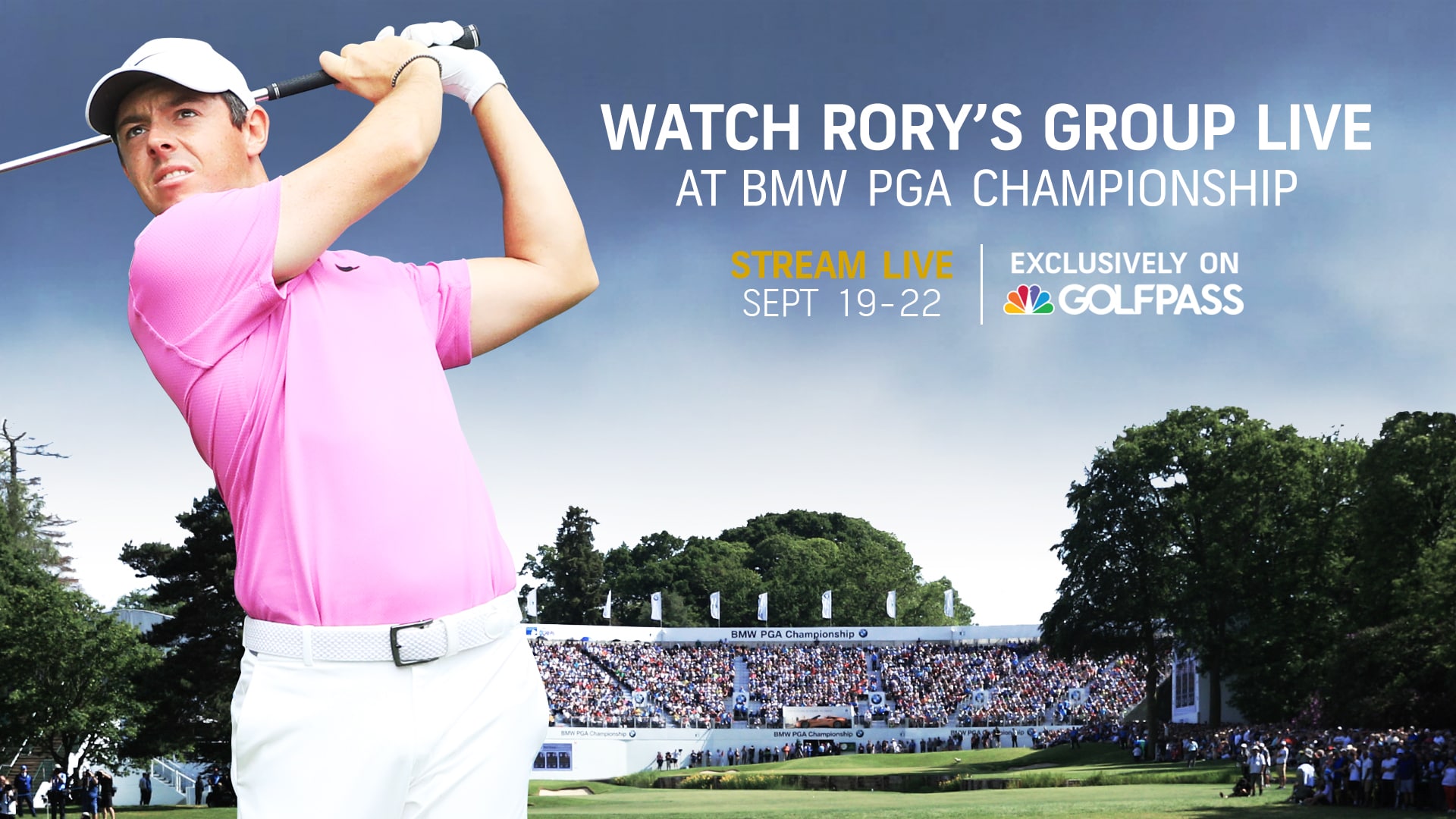 The European Tour’s BMW PGA Championship gets under way September 19-22 at Wentworth Golf Club in England. With the Ryder Cup only one year away, the BMW PGA Championship marks the beginning of qualification for the biennial matches. Open Champion Shane Lowry will tee it up in a star-studded field with big names and major champions including Rory McIlroy, Justin Rose, Tommy Fleetwood, Francesco Molinari and more.

The featured group of Rory McIlroy and his playing competitors Molinari and Lowry will be live streamed Thursday and Friday exclusively via GOLFPASS, with additional featured group streaming on Saturday and Sunday.

Watch all four rounds LIVE on Golf Channel, as well as via streaming. Join in on the social media conversation by following Golf Channel on Facebook, Twitter and Instagram and using #bmwpgachampionship