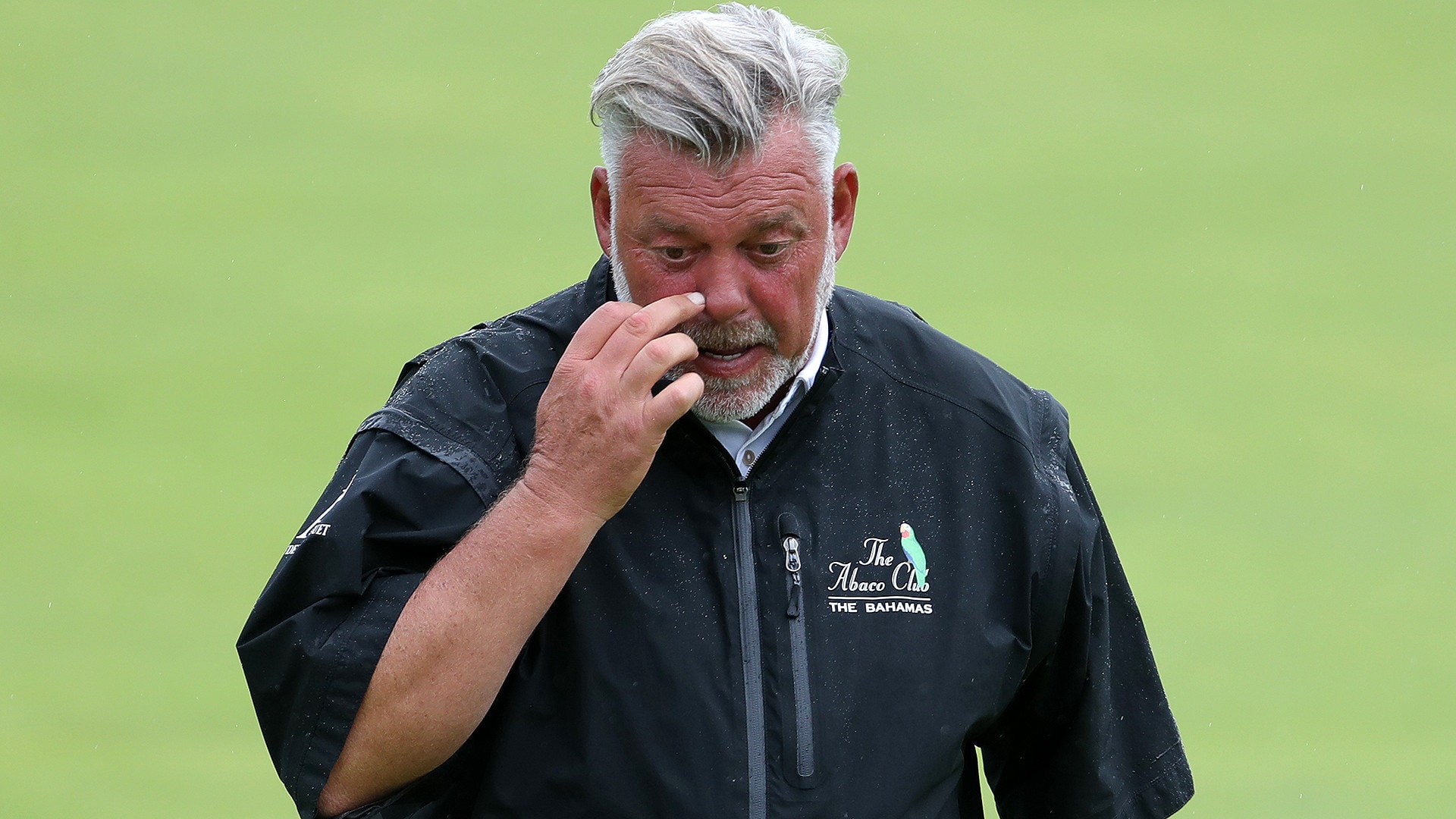 Darren Clarke released a statement on Saturday in relation to his walking brusquely off the 18th green after making triple bogey to miss The Open cut.

Clarke, a Northern Ireland native who calls Royal Portrush his home club, was greeted with a rousing ovation as the first player to strike a shot in the 148th Open. He began the week with three birdies over his first five holes, and was even par, two shots removed from the cut line, playing the final hole in Round 2.

On the par-4 18th, Clarke hit his tee shot into a fairway bunker and needed two shots to extract it. He missed the green with his fourth shot and had a lengthy bogey putt, which he missed by 4 feet. Faced with that to make the cut, Clarke never scared the hole. He tapped in for triple bogey to finish at 3 over par, one outside the cut line.

Clarke immediately – and quickly – exited the 18th green, shaking hands with everyone in his path along the way. He did not speak to reporters, but released this statement Saturday on Instagram.