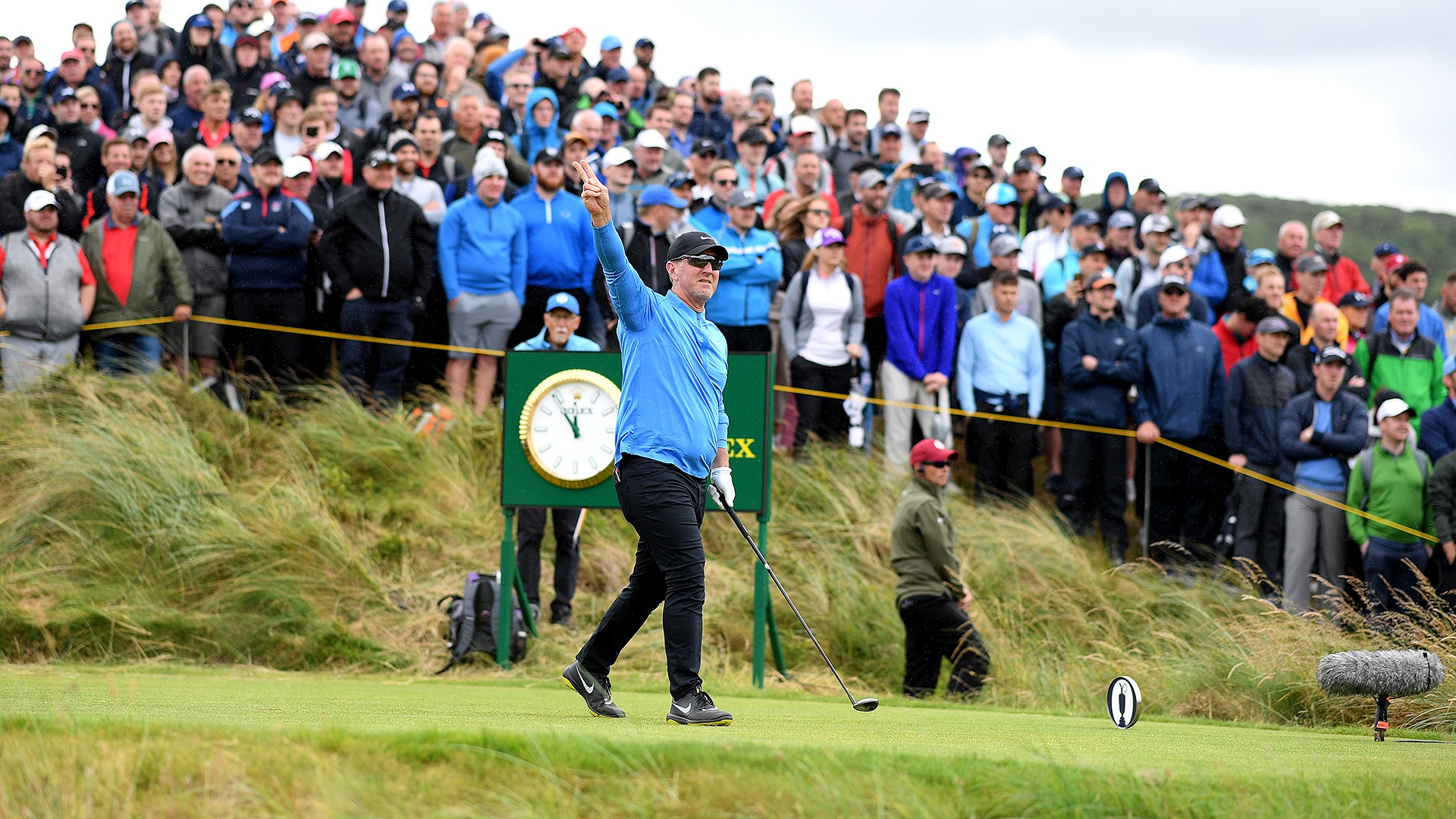 PORTRUSH, Northern Ireland – David Duval had relatively high expectations for this week’s Open Championship, at least for a TV-analyst-turned-part-time-professional, and through four holes those expectations were well founded.

The 2001 Open champion birdied his first two holes at Royal Portrush and was 2 under through four when disaster struck with a quadruple-bogey 8 at the fifth.

Duval lost his first two shots off the tee at the seventh. When he found, or at least thought he found, his third attempt in the deep rough he played it just short of the green. That's when a caddie in the group noticed that Duval was playing the wrong golf ball. Duval was instructed to go back to where the wrong ball was played, but he could not find the correct one.

“A couple of bad tee shots and then we thought the marshal had my ball, asked if it was a Titleist 2. I glanced and saw a 2 and went and played almost the entirety of the hole – and turns out – with the wrong ball,” Duval said.

Duval called the episode a “god-awful nightmare” and things didn’t get any better with five more bogeys and a triple-bogey 7 at the last that added up to a 20-over 91.

“I have an obligation, and I don’t know if it’s more or less here. Maybe it is more because I have won. But you have an obligation that if you play, you post your score,” he said. “Am I happy about that? Is there some hint of embarrassment to it? I don’t know. I teed off in The Open and shot [91] so put it on the board.”

Duval said he’s been slowed this week by tendinitis in his left arm but plans to play the second round regardless of his score on Thursday or his injury.