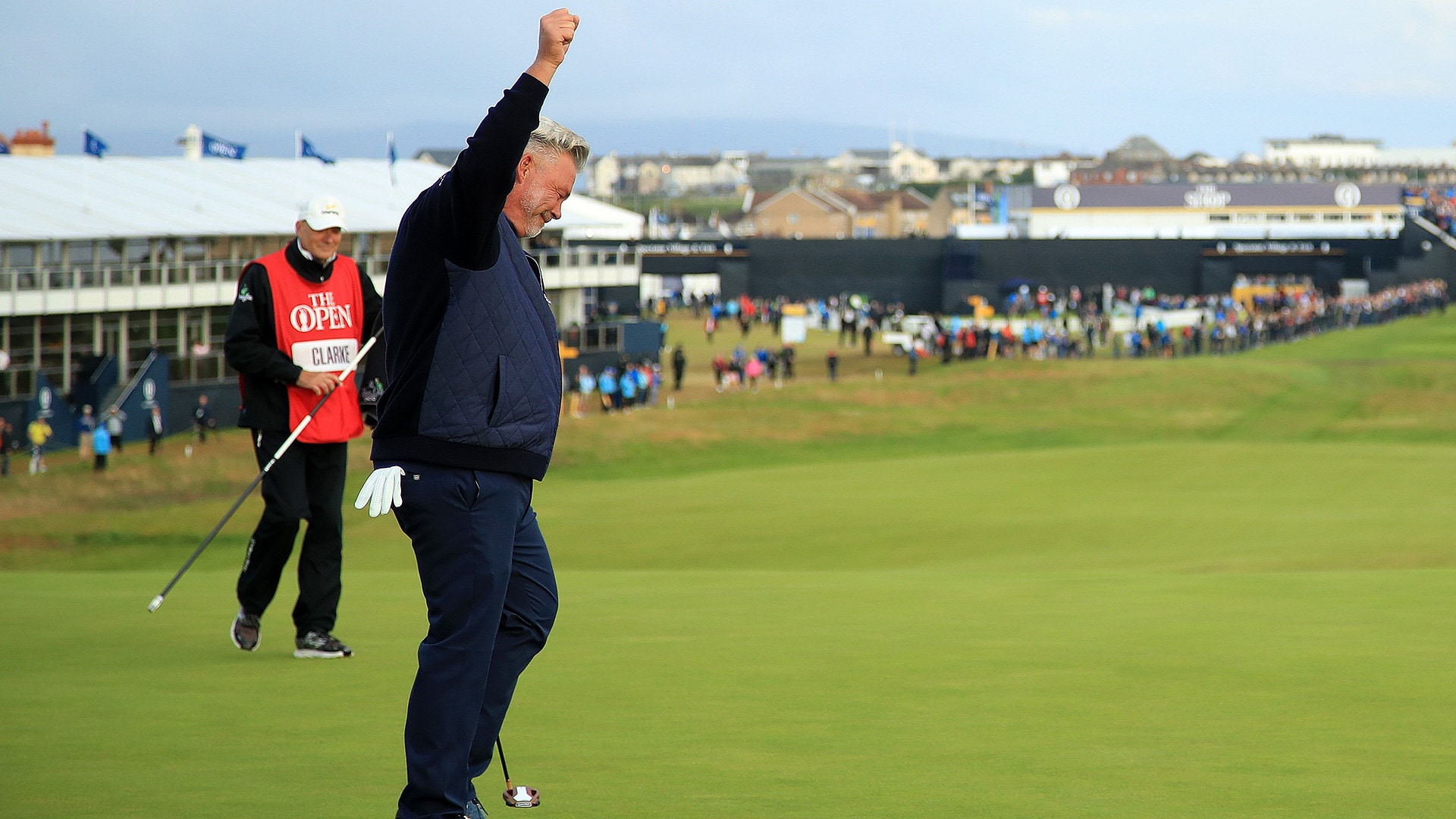 Trying to keep his emotions in check, having been given a rousing applause on the first tee, Clarke hit the right side of the fairway off the tee.

Clarke was among the players instrumental in getting The Open to return to Portrush, which hadn't hosted the championship since 1951. The 50-year-old captured the 2011 Open at Royal St. George's.

Clarke birdied the hole for good measure to become the first official leader of the 148th Open Championship.