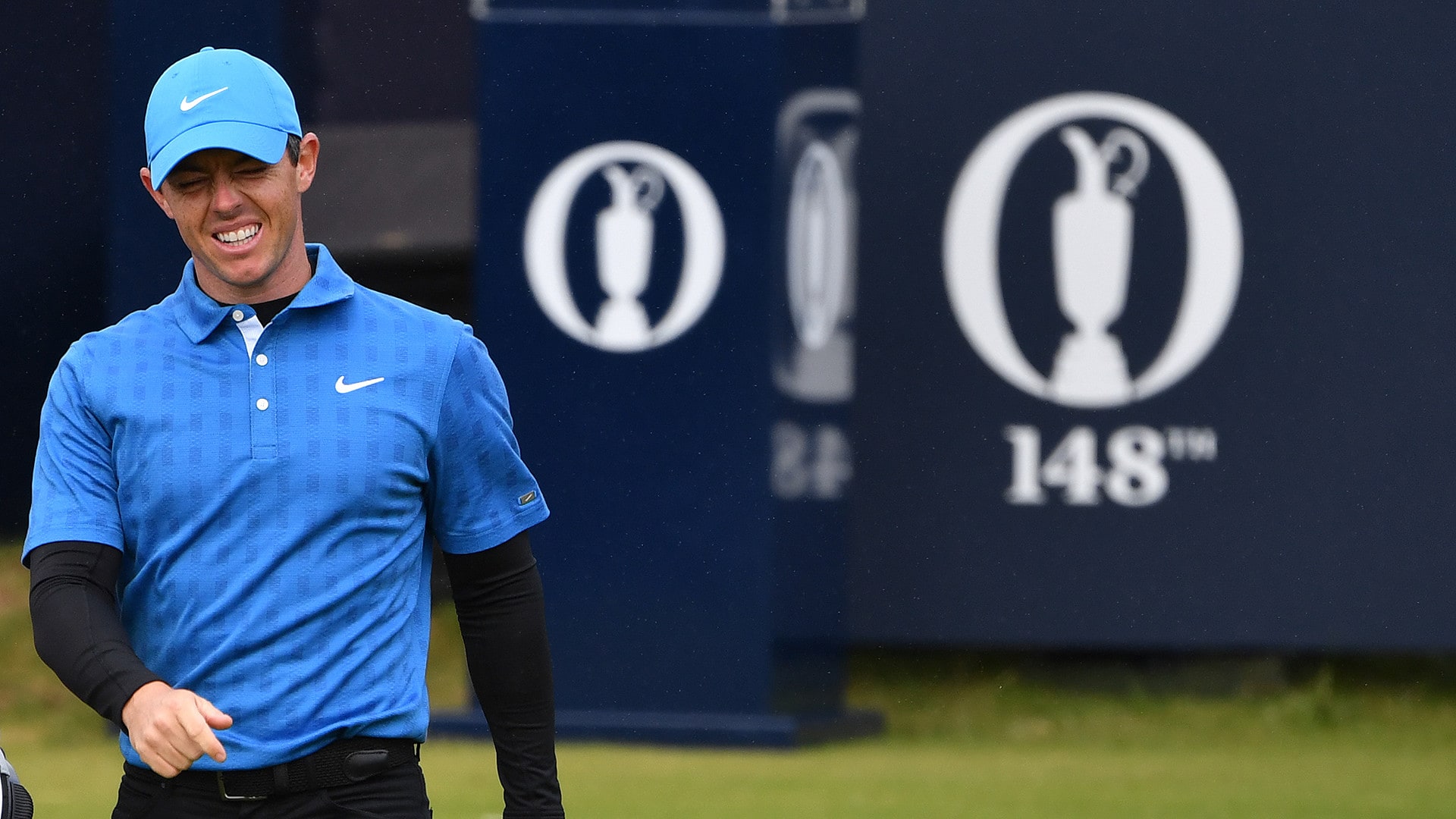 PORTRUSH, Northern Ireland – Royal Portrush shook when Rory McIlroy was announced on the first tee Thursday at the 148th Open.

The crowd was shocked by the time he finished the hole.

McIlroy, a native of Northern Ireland who grew up playing the Portrush links, pulled his tee shot – with an iron in hand – out of bounds on the par-4 first. He took his penalty, re-teed and found the left rough with his third shot. Things didn't get better as his fourth shot finished in an unplayable lie farther down the left side. He took a drop and played his sixth shot onto the green. He then missed an 8-foot putt and tapped in for a quadruple-bogey 8.


McIlroy walked off the first hole of the championship at 4 over par, seven shots off the lead at the time.