Another turn for Tiger and Ernie? Neither said no 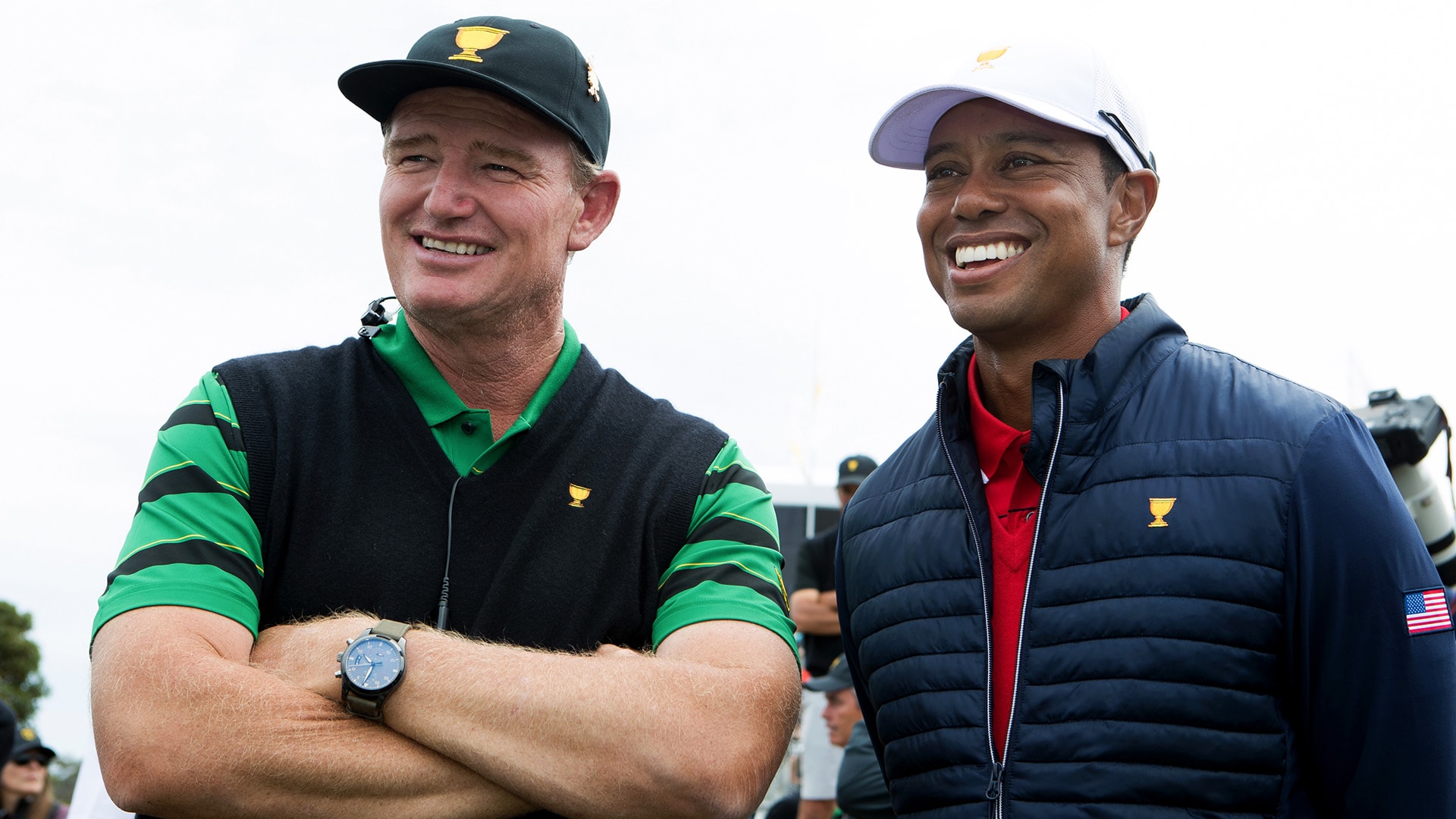 When a cup is complete, the captains – win or lose – are asked if they’d like to return to their respective roles.

This week at the Presidents Cup was no different. Both International captain Ernie Els and victorious U.S. captain Tiger Woods punted on the question, but neither said they weren’t interested.

Steve Stricker, 2017 Presidents Cup captain and a Woods assistant this week at Royal Melbourne, is the U.S. Ryder Cup captain for 2020 at Whistling Straits. The next available captain opening is the 2021 Presidents Cup at Quail Hollow in North Carolina. As for 2022, captains for a Ryder Cup are usually announced a few months after the previous installment.

Els offered a similar refrain and provided some context to previous captains who have served more than once.

“We’ll have to discuss that,” he said. “Historically, it doesn’t really go well, but we will see. I love these guys. We’re taking this this defeat that we’ve had today, and I’m not sure yet.”