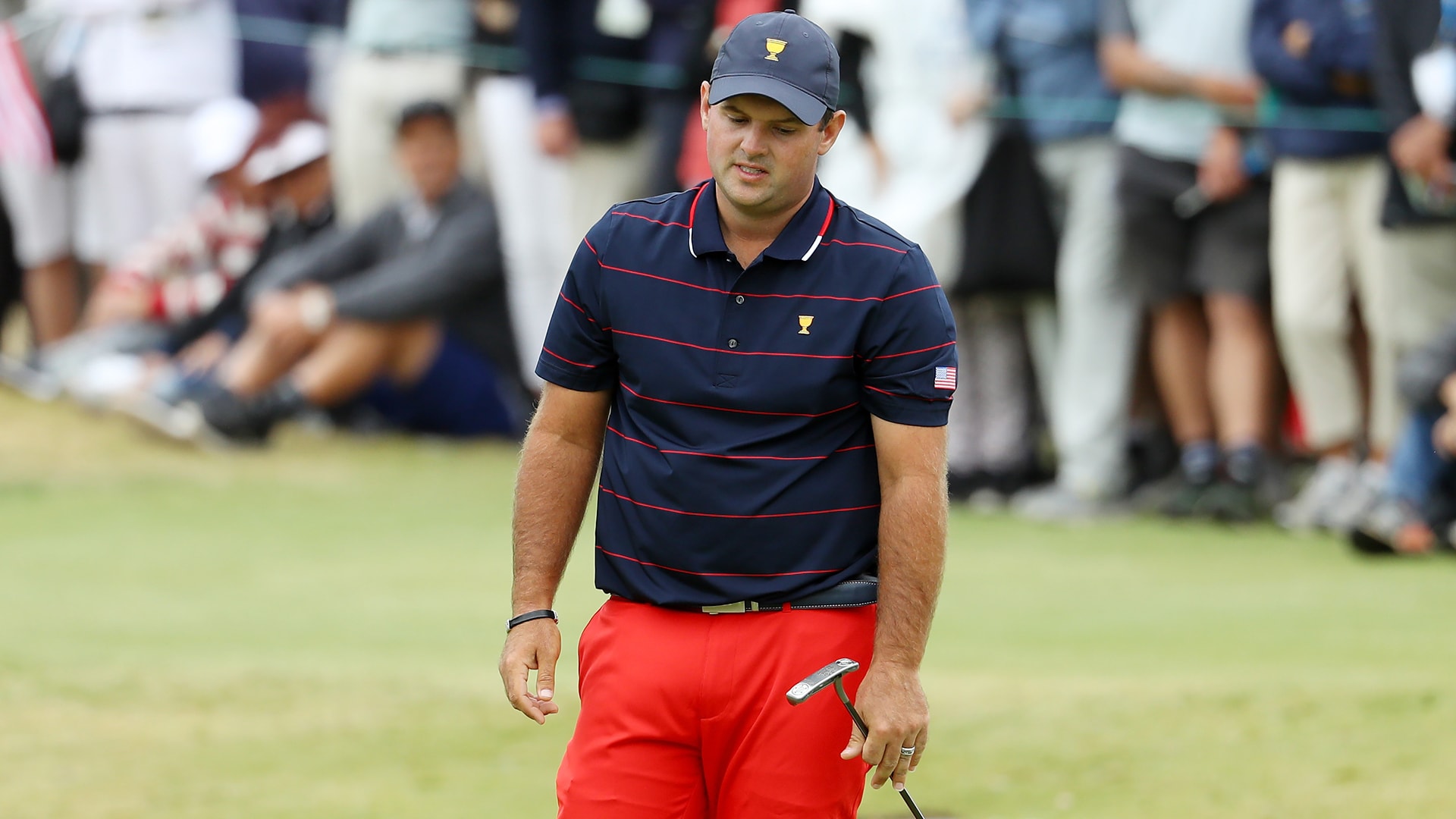 Patrick Reed wrapped up a winless record (0-3) in team play for the second consecutive year as he and Webb Simpson lost, 5 and 3, to Hideki Matsuyama and C.T. Pan. Neither Reed nor Simpson are playing in Saturday afternoon foursomes.

Last year at the Ryder Cup in Paris, Reed lost his first two team matches with Tiger Woods before winning his singles match.

Not only did Reed and Simpson lose all three matches here at Royal Melbourne, only one was particularly close, a 1-up defeat in Thursday fourballs to C.T. Pan and Hideki Matsuyama.

Reed and Simpson have only led in one of the 49 holes that they’ve played this week.

“They just ran into some guys that played well, made crucial putts at certain times,” U.S. captain Tiger Woods said. “Today, they just didn’t play well, and that happens. But the last two matches, it just comes down to a crucial putt here and there.”

Reed’s Ryder Cup career got off to a blazing start, going 6-1-2 in his first two appearances, teaming mostly with Jordan Spieth, which helped ignite the Captain American nickname. That moniker began to stick when Reed topped Rory McIlroy, 1 up, in the opening match of Sunday singles at the 2016 Ryder Cup at Hazeltine.

Reed’s Presidents Cup record was 4-3-2 in two previous appearances, so he was a combined 10-4-3 in both cups before going 1-2 last year in the Ryder Cup and 0-3 so far this year at the Presidents Cup, with Sunday singles looming.