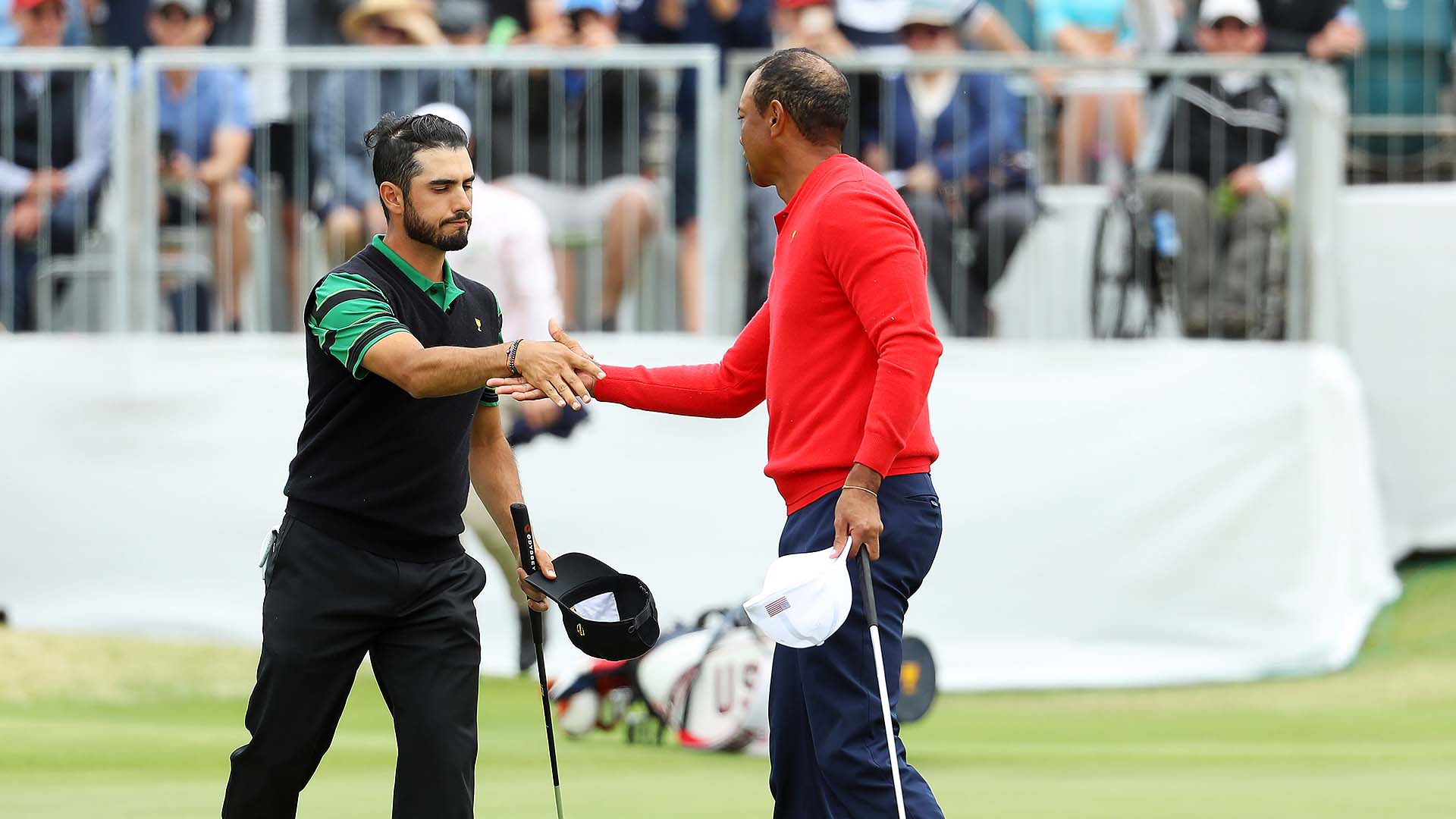 Woods easily took down Abraham Ancer, 3 and 2, to give the Americans the first point in the final session. It wasn't just that Woods won his match; it's how he finished it.

Woods, in cold-blooded fashion, drained the below putt to clinch the match, doffing his hat just before the winning putt fell.

"At about, probably 6 feet out, the match was over," Woods said. "I might’ve gone to the hat a little early, but it was over."

The win cut the Americans' deficit to one point, 10-9, with the U.S. in control in the majority of the matches remaining on the course at Royal Melbourne.

Woods, who picked himself for the team as a captain's selection, went 3-0 for the week.