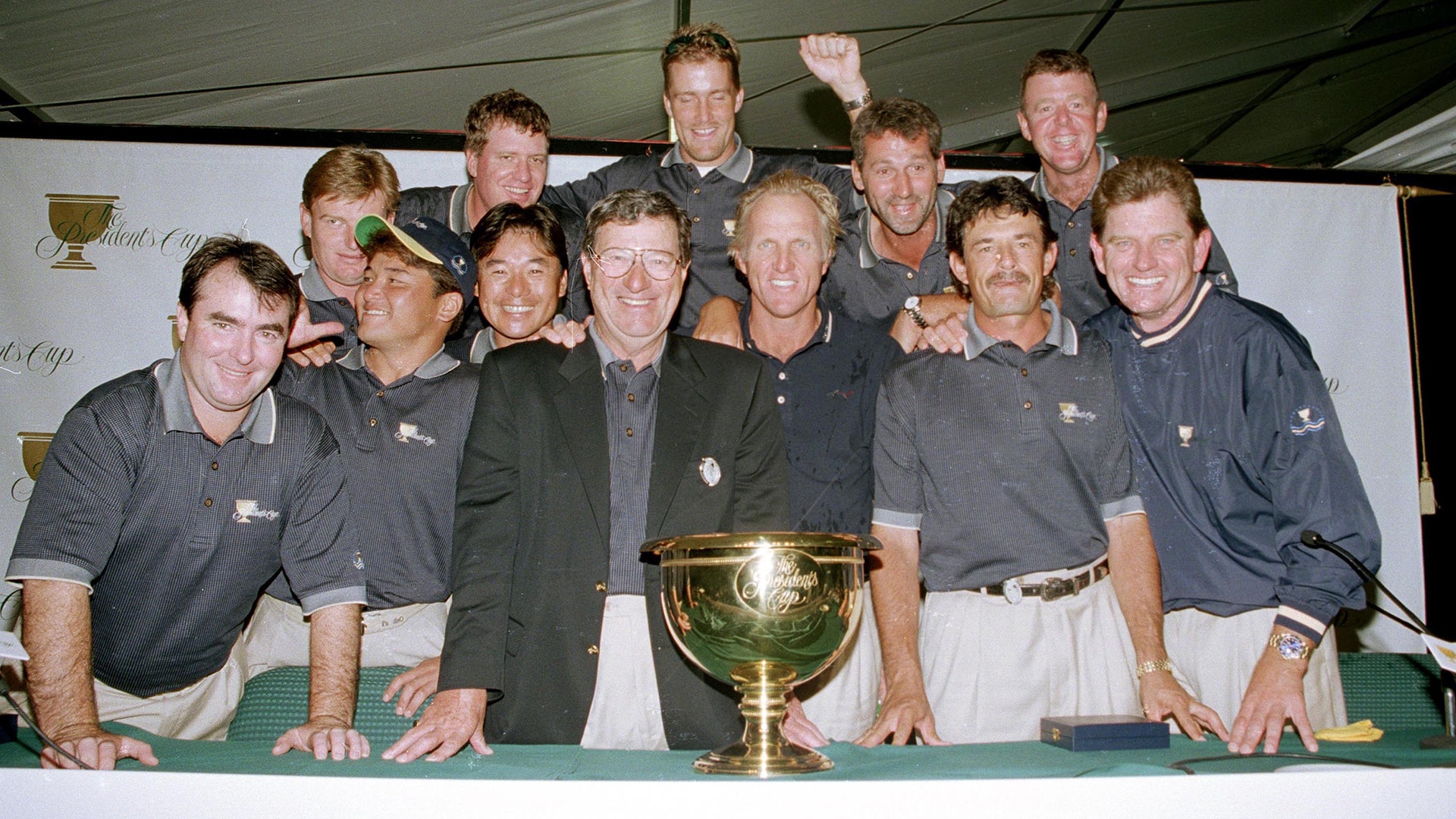 MELBOURNE, Australia – Ernie Els hasn’t left anything to chance at this week’s Presidents Cup, and that includes the motivational video he showed his side on the eve of the matches.

On Wednesday, Els had his team watch highlights from the 1998 matches that were played at Royal Melbourne. The ’98 matches stand as the International team’s only victory in the event, and the captain wanted this year’s team to recapture that moment.

“It was great to see the guys in '98 giving us a bit of advice and how it felt for them starting the week back then, and what it feels like winning a cup,” said Louis Oosthuizen, who added that he re-watched the highlights when he got back to his room Thursday. “We have a few boys from '98 in the team room as well and I think we are in a really good place.”

Els, who played on the 1998 International team, also invited some players from that team, which beat the United States 20 ½-11 ½, including Greg Turner, Craig Parry and Carlos Franco.

The move worked on Day 1 with Els’ team taking a 4-1 lead. It’s the first time the International team has led the event after the first day since 2005.