Reed ready to welcome the hostile environment at Royal Melbourne 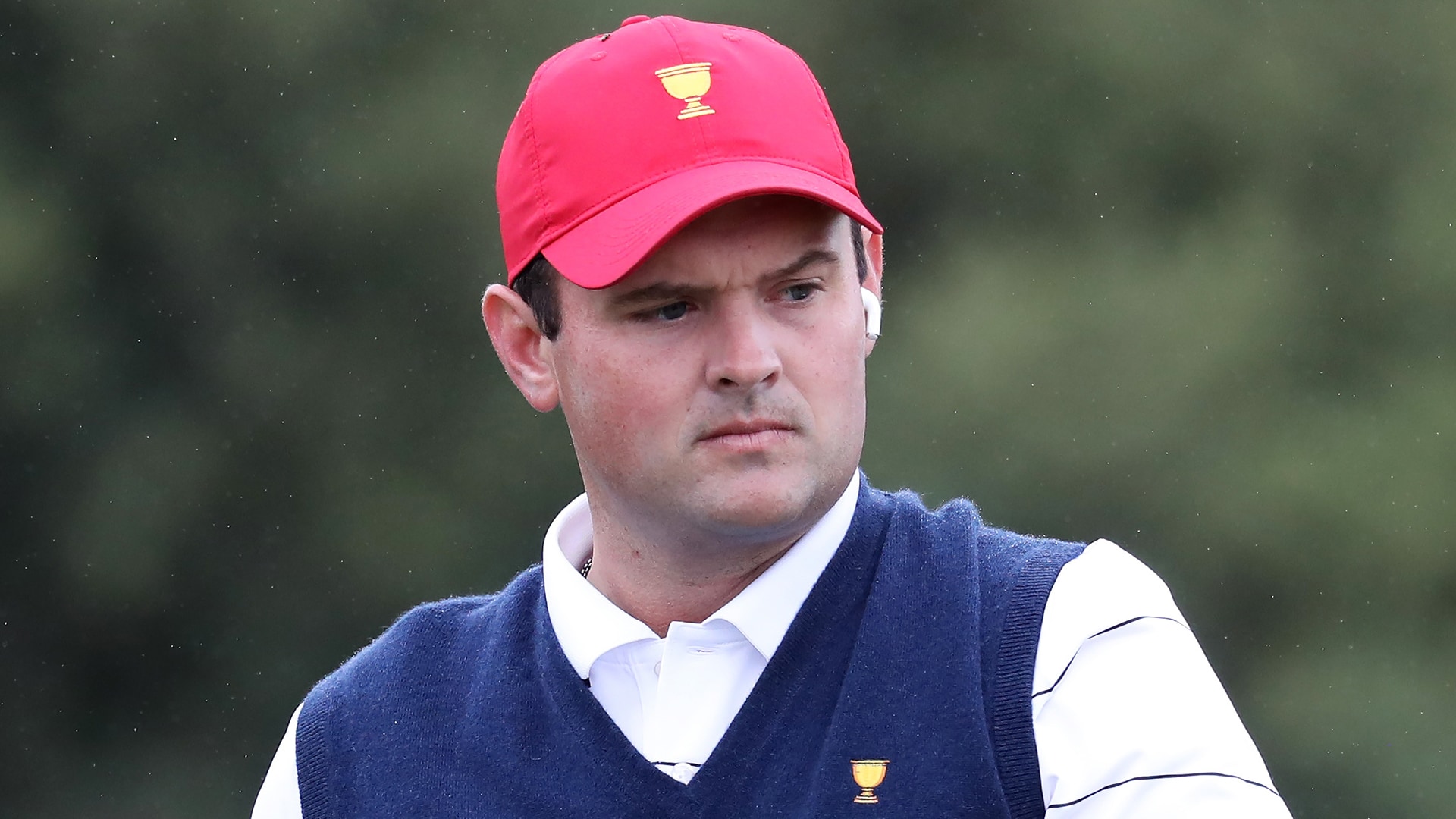 MELBOURNE, Australia – A steady mist swept across Royal Melbourne limiting Tuesday’s turnout at the Presidents Cup, but it didn’t limit the taunting.

As Patrick Reed set out for his practice round, a fan bellowed from the nearly-empty grandstand behind the opening hole, “On the first tee from the United States, the excavator!” Captain America stepped away from his golf ball, turned to the outspoken fan and tipped his cap.

“And so it begins!” the fan laughed.

For a man who has proven himself adapt at dealing with the most contentious situations in a normally civil sport, it was an apropos start. From his infamous “shushing” of the crowd at the 2014 Ryder Cup, to his histrionics against Rory McIlroy at the ’16 matches, Reed has thoroughly embraced the role of villain. But this week is shaping up to be even more disruptive.

Unlike those moments in Scotland and at Hazeltine National, it’s not just the fans, like the hardy gentleman waiting in the rain Tuesday, who plan to make Reed’s week eventful. This time the heat has come from within the normally sterile confines of the competitive universe. This time it’s one of Reed’s counterparts on the International team who has joined the fray.

“I don't have any sympathy for anyone that cheats,” International team member Cameron Smith told the Australian Associated Press. “If you make a mistake maybe once, you could maybe understand, but to give a bit of a bulls**t response like the camera angle … that’s pretty up there.”

Smith was reacting to Reed’s run in with the Rules of Golf last week. While the game’s rules can be confusing and often complicit in many cases, Reed’s brush with the law at last week’s Hero World Challenge was entirely self-inflicted.

Asked about the incident U.S. captain Tiger Woods was succinct: “The rules official gave him two shots. He finished at 16 under, two back of Henrik [Stenson], and now we're on to this week,” he said.

If only it were that clear-cut.

In fact, Reed brushed away sand from behind his golf ball twice during the third round in the Bahamas. It was an infraction that was clearly captured on camera and left no room for ambiguity. Reed’s response to the clear infraction, however, was not as unambiguous.

“I wish [the cameras] were actually directly on the side of me,” Reed said afterward, “because it was in a pretty good footprint … and I felt like my club was that far behind the ball when I was actually taking the practice stroke, which I felt like I was taking it up. And it was … obviously, it was hitting a little sand. I didn’t feel it drag.”

Players regularly run afoul of the rules and the acceptable response is nearly always contrition. When the evidence is as damning as it was against Reed there is no wiggle room, which makes his less-than-repentant response a flash point at Royal Melbourne.

Smith’s reaction to Reed’s penalty would be predictable under normal circumstances, but these aren’t normal circumstances. Australia is the closest thing the International team has to a true home game, and if there was ever going to be a partisan divide this is the week.

“I'm sure somebody [in the crowd] is going to say something out there. But I think that in general, all the times I have been to Australia and have played here, the fans have been fantastic,” Woods offered.

That might be wishful thinking for Woods. If Reed’s interaction with fans at the Ryder Cup is any indication, Tiger and Co. should expect a cold response to match this week’s forecast. It’s exactly what Reed wants.

Where some players have shied away from vocal crowds in recent years, Reed is emboldened by boorish behavior. In Scotland at the ’14 Ryder Cup, he became a bona fide iconoclast with his antics. The more the fans heckled the more he pounded his chest.

“I've just always enjoyed it. I've always enjoyed being, I guess you would call it the underdog, since you're the away team,” Reed said. “When you're on the road I just think you have more to prove because if you're not playing that great, the fans are giving it to you.”

He expects to hear more comments like the one that greeted him on the first tee this week. He’s hoping for it, in fact. What he wasn’t prepared for was Smith’s take from the top rope. “Cheat” is not a word that washes off very easily in golf, and Reed seemed flummoxed by the comment, but only temporarily.

When asked how Smith’s comments might impact his play at Royal Melbourne, Reed offered a familiar smile: “It goes from wanting to beat those guys to it now turning personal, so it's going to be a fun week,” he said.

It might not be everyone’s definition of fun, but a contentious cup is exactly what Reed lives for.