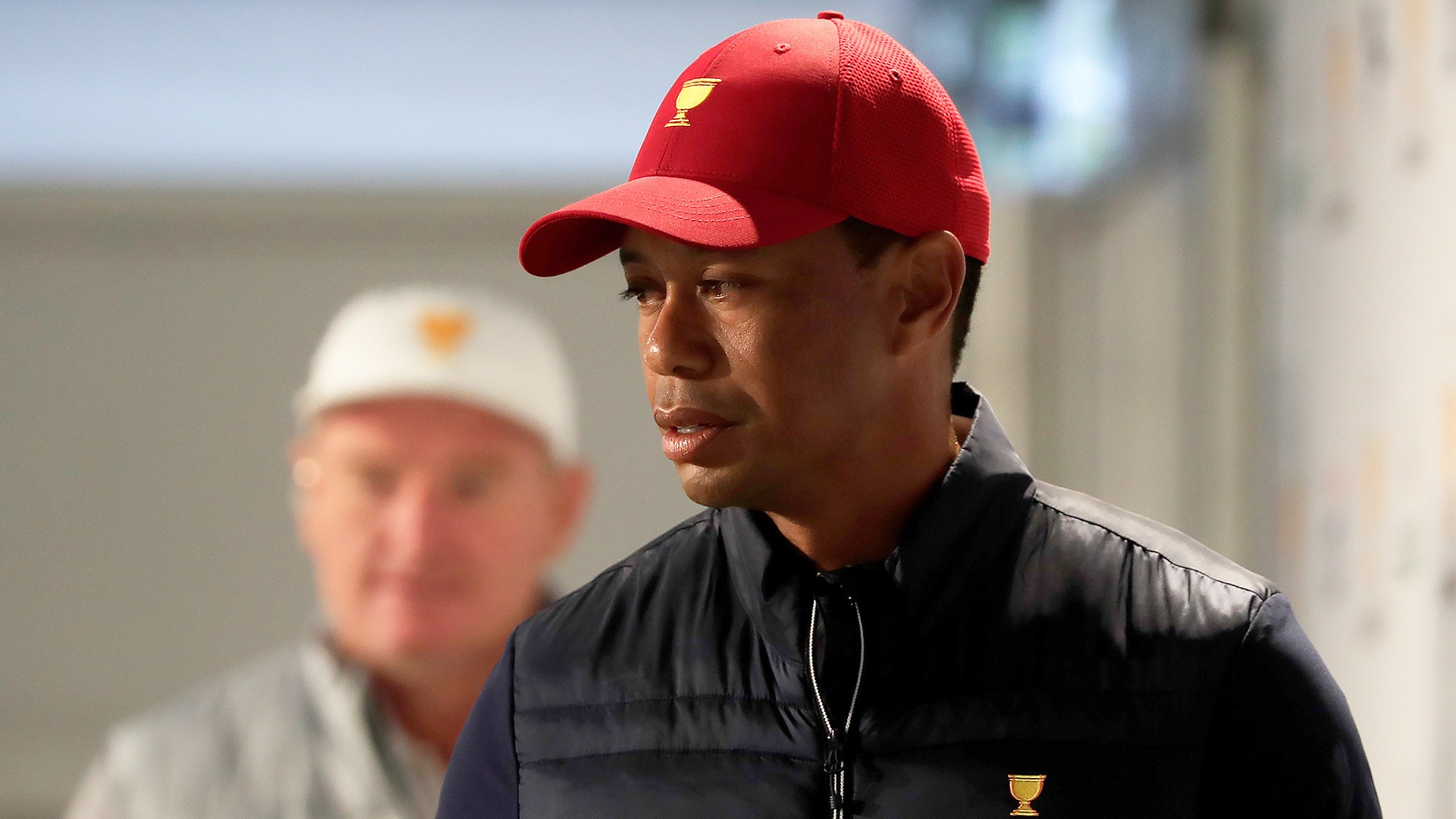 MELBOURNE, Australia – If Tuesday’s news conference was any indication this Presidents Cup will have a little more of an edge than previous editions.

The most common topic at Royal Melbourne focused on Patrick Reed’s rules snafu during the third round of last week’s Hero World Challenge. Reed was penalized two strokes for brushing away sand behind his golf ball twice and improving the conditions affecting his stroke.

Reed appeared to double down when confronted with the evidence in the Bahamas, telling reporters the angle of the camera that recorded the violation was misleading, which led some, including International team member Cameron Smith, to question the American’s intentions.

“I hope the crowd absolutely gives it to not only him, but everyone [on the American team] next week,” Smith told the Australian Associated Press. “If you make a mistake maybe once, you could maybe understand, but to give a bit of a bulls**t response like the camera angle … that’s pretty up there.”

U.S. captain Tiger Woods said he spoke with Reed about the incident and that the conversation was “short and brief, to the point” and that the team has moved on.

“I'm sure somebody [in the crowd] is going to say something out there. But I think that, in general, all the times I have been to Australia and have played here, the fans have been fantastic,” Woods said. “They are going to come out and it's going to be bipartisan, as it should be. They are going to root for the Internationals more so than they are us. There's nothing wrong with that.”

That might be wishful thinking for Woods if reaction to Reed’s violation is any indication.

“These guys are competitors. Obviously, they didn't like what they saw, and they came out and obviously you guys asked them questions about it and, like Tiger, we're moving on; we've got a cup to play for,” International captain Ernie Els said. “It's got nothing to do with us. I think Tiger's dealing with it and Patrick's dealing with that.”