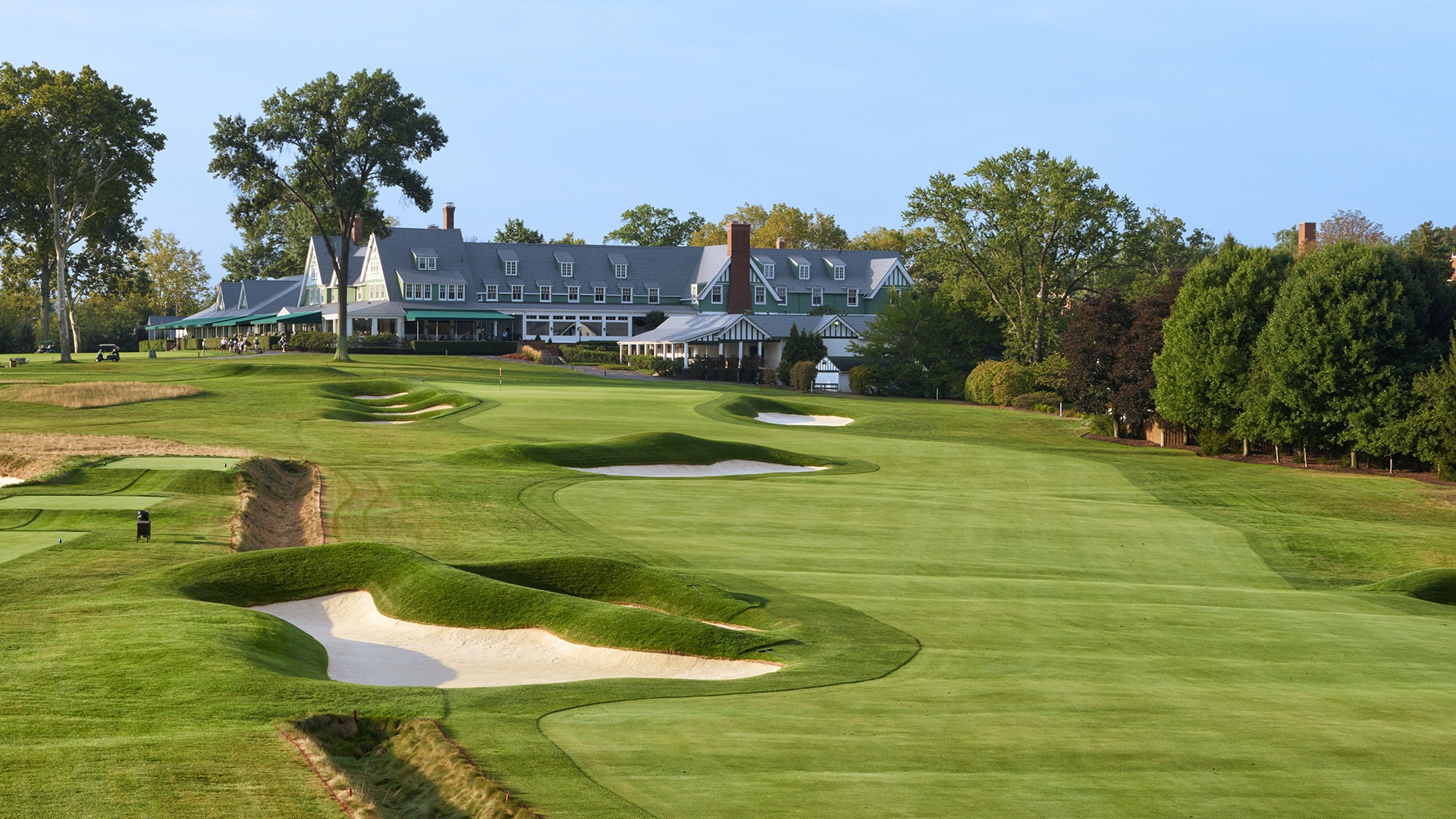 PEBBLE BEACH, Calif. – It’s a short list that includes some of the most iconic courses in the world. Sure, it’s a great honor to host a single U.S. Open championship. But serving as the stage to at least five national championships? That’s a group of venues that runs only eight deep.

It also includes Pebble Beach, which this week plays host to its sixth U.S. Open. Here’s a breakdown of the fabled layouts that have combined to host nearly half of the 119 editions of the event:

Memorable moment: Johnny Miller’s closing 63 in 1973 set the bar in majors for decades to come.

Reason: No course more exemplifies this tournament than Oakmont: a hard-as-nails setup in a blue-collar town that has produced an incredible list of winners. From Hogan’s triumph after injury, to Nicklaus over Palmer, to Miller’s record round, some of the biggest moments in U.S. Open history have happened along the Pennsylvania Turnpike.

Times hosting: Six, including this week (plus a seventh in 2027)

Memorable moment: Watson’s chip-in from behind the 17th green in ’82 still finds its way onto highlight reels with regularity.

Reason: Look at the backdrop, and look at the list of winners. There might not be a more iconic course in the U.S. outside of Augusta, Ga., and Pebble has a penchant for producing both memorable tournaments and champions. With another week of sun-splashed weather ahead, there’s reason to expect more of the same.

Memorable moment: Zoeller waving a white towel in surrender to Norman from the 72nd fairway, only for Norman to return the favor the next day when Zoeller cruised to a playoff win.

Reason: Much like Oakmont, Winged Foot is 72 holes of getting punched in the face – which is everything you want in a U.S. Open. It’s a course that has hosted some historic what-ifs, between Norman’s near-miss in 1984 and Phil Mickelson’s collapse on the final hole 22 years later. Another chapter in its storied history awaits next summer.

Memorable moment: Hogan’s 1-iron from the 18th fairway might be the most iconic photo in golf.

Reason: Here’s hoping the USGA doesn’t wait another 32 years to return to this Pennsylvania gem. Merion is a unique test but one that gave us both Hogan’s most memorable shot and an iconic duel between Trevino and Nicklaus, not to mention Rose’s run to glory a few years back. It’s not the longest course on this list, but its pedigree reflects that length is not a prerequisite for greatness.

Memorable moment: Tournament officials spraying down the seventh green in 2004 in an attempt to bring the baked-out surface back to life.

Reason: Shinnecock might be higher on this list had the USGA not lost control each of the last two times they touched down on the eastern tip of Long Island. Having hosted the second-ever U.S. Open, the course went another 90 years before getting a second crack. But since then the brutish test has churned out several worthy champions while turning away many more contenders – see Mickelson, Phil and the 13th green debacle last year.

Memorable moment: Casper chasing down Palmer in ’66 after The King coughed up a seven-shot lead with nine holes to play.

Reason: With a PGA Championship (2028) and Ryder Cup (2032) among its future offerings, it’s unlikely Olympic will host another U.S. Open anytime soon. But its storied history is one of underdog tales, including Fleck’s memorable takedown of Ben Hogan, Casper’s playoff win over Palmer and Janzen’s surprising triumph over Payne Stewart 21 years ago. A short drive north from this week’s host site, it packs plenty of championship punch.

Memorable moment: Hogan’s closing 67 on the back end of a 36-hole day to repeat as champion in ‘51 was especially brilliant given he won the event at 7 over.

Reason: Outside of Hogan, Oakland Hills has a penchant for throwing curve balls when it comes to champions, and it has also bounced back and forth between the USGA and PGA of America in recent years. But after hosting the 2016 U.S. Amateur and undergoing an extensive renovation, there’s thought that a seventh U.S. Open might return to Michigan at some point in the future.

Times hosting: Seven (Four on the Lower Course, two on the now-defunct Old Course and one on the Upper Course)

Reason: Baltusrol gets docked points, both because it’s now in the hands of the PGA of America for the foreseeable future and because the rotation of courses it has used in hosting this event. But any course whose major record books date back more than 100 years and includes Anderson capping off the only three-peat in tournament history (so far) deserves its spot on this list.