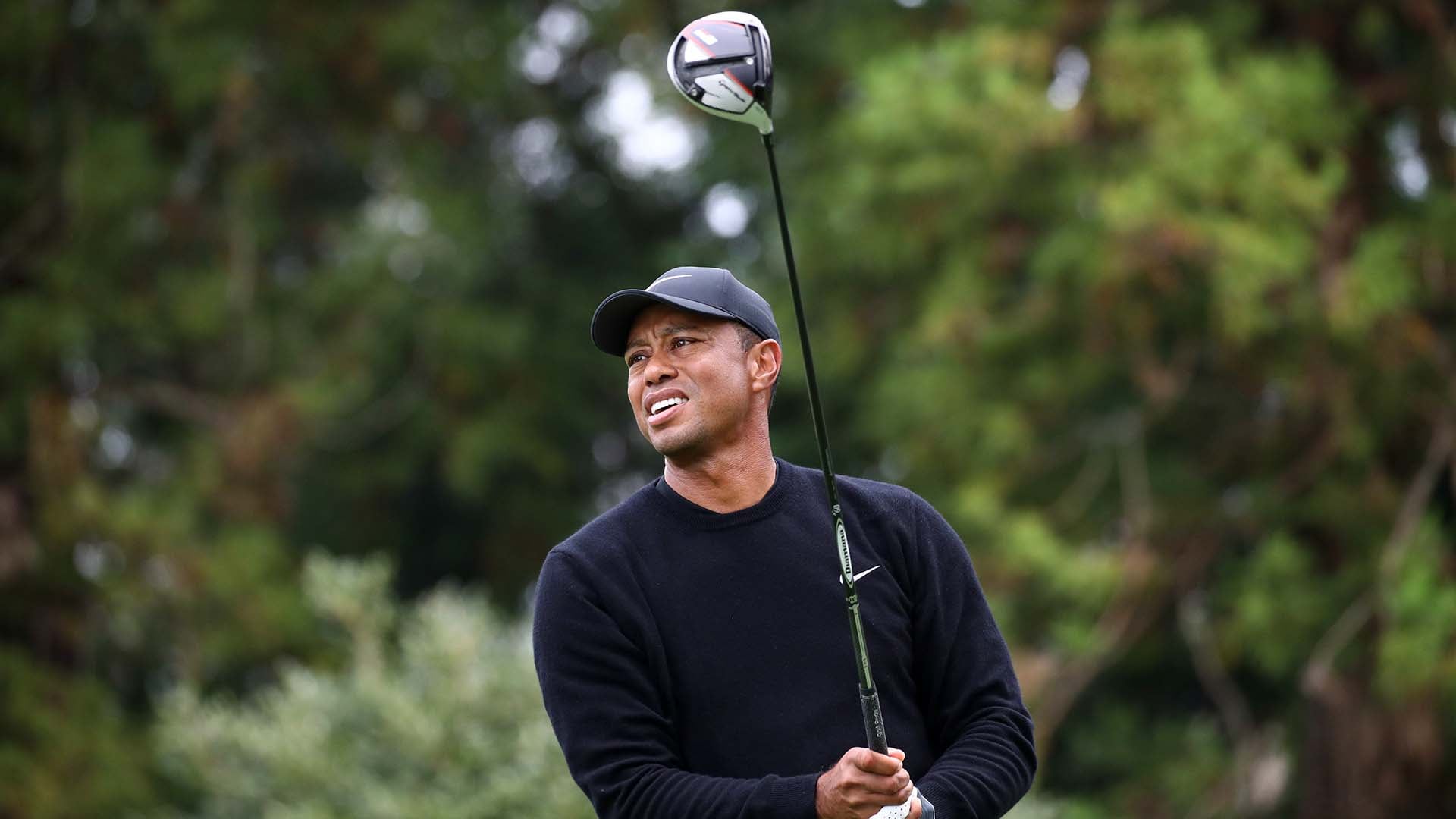 Tiger Woods caught fire after a slow start Thursday as he opened his season at the Zozo Championship in Japan. Here’s how everything unfolded at Narashino Country Club, where Woods shot 6-under 64 to grab a share of the first-round lead with Gary Woodland:

What it means: Woods’ first-round 64 was historic. After bogeying each of his first three holes after starting on the back nine, Woods carded nine birdies in his final 14 holes to post the best season-opening score of his career, besting his previous mark of 66 at Torrey Pines in 2007. Woods also shot 67 at Torrey to open the 2008 season. He won both of those events. Whether or not Woods goes on to win this weekend, performance like the one Thursday may be just what Woods needs to pick himself for the Presidents Cup. Woodland, of course, also needs a pick. The U.S. Open champ birdied the last hole to deny Woods his first outright 18-hole lead since the 2009 PGA Championship.

Round of the day: After an ugly start, Woods gave himself birdie look after birdie look and converted. Woods said that most of his birdie putts were left-to-righters, though his 30-foot birdie make at the par-3 seventh was not. Woods had two different streaks of three straight birdies on the round. Woodland's round was less stressful, as he went bogey-free and birdied each of the three par-5s.

Best of the rest: Matsuyama put on a show for the home crowd, making seven birdies and carding 65. Berger’s 67 was his fifth sub-68 round in 11 rounds this fall.

Biggest disappointment: Graeme McDowell is last after an opening 11-over 81, but Jordan Spieth also can’t be happy with his start in Japan. After a T-4 finish last week in South Korea, Spieth made just two birdies and shot 74.

Main storyline entering Friday: It’s going to be a grind, folks. During his post-round interview with Golf Channel’s Todd Lewis, Woods alluded to the bad weather that is expected to hit the area Friday. The Tour bumped up tee times an hour, to 7 a.m. local time (6 p.m. ET), but heavy rains will likely still force Round 2 into Saturday, which means we’re in store for a marathon weekend. Can Woods, who has looked great physically since knee surgery in August, handle the demand of a potentially 30-plus hole day?

Shot of the day: Even though he initially didn’t love it, Woods saved his best approach for last, at the par-4 ninth:

Quote of the day: “I was hitting a lot of good putts and the ball was rolling tight. … One of the stranger rounds I’ve experienced in a while. It seemed like every putt I made, other than the one on 7, was a left-to-righter. It was crazy. I must’ve made seven or eight left-to-righters today.” – Woods