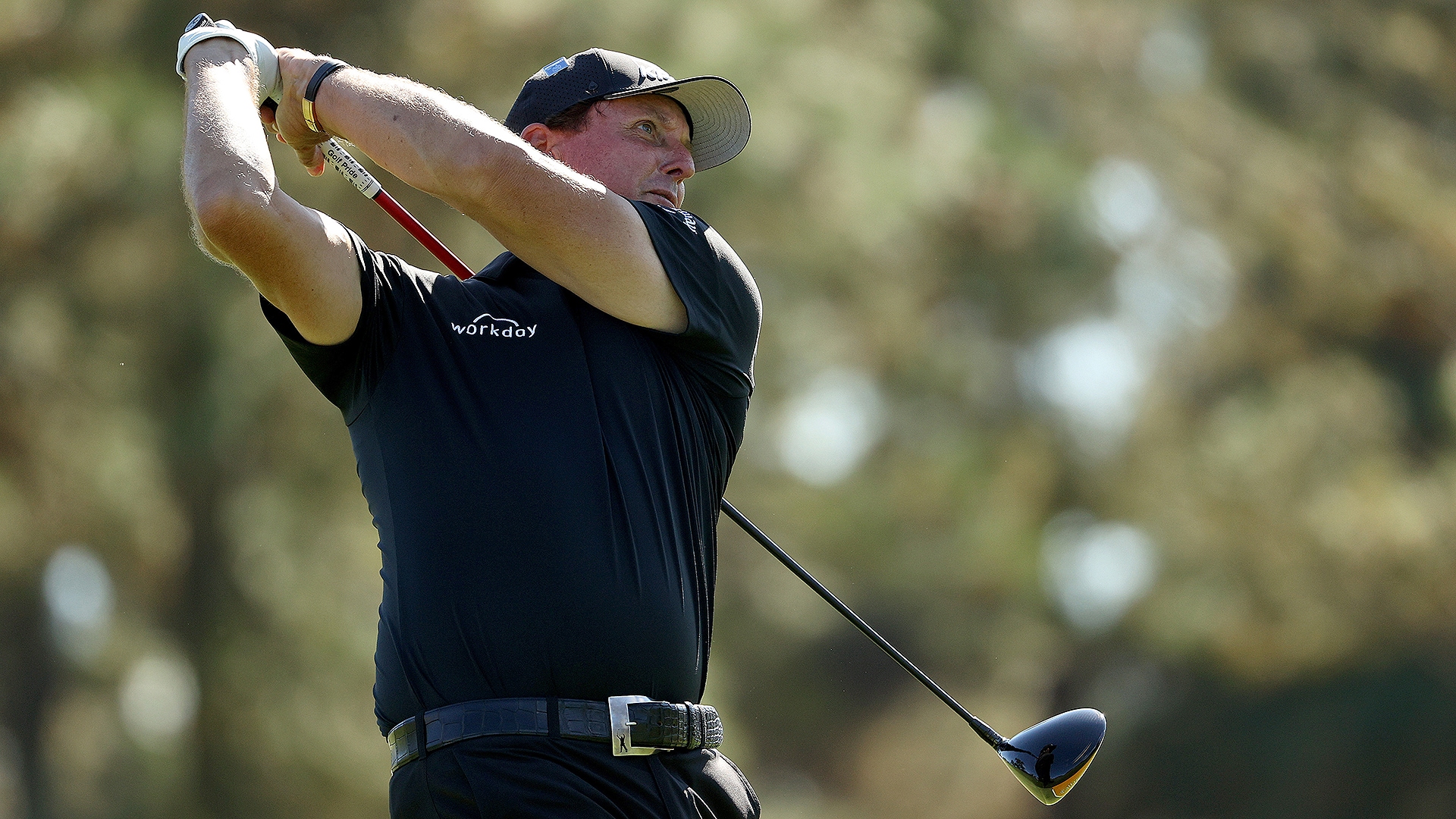 AUGUSTA, Ga. – The man who made the phrase “hitting bombs” a trending topic on social media is adding to that lore this week thanks to a 47 ½-inch driver shaft.

“Awesome,” Phil Mickelson smiled when asked Friday about his driving so far at this 84th Masters. “I'm driving like a stallion.”

After his second-round, 2-under 70, Lefty ranked 22nd in driving distance and 27th in driving accuracy, which for Mickelson qualifies as stallion-like. He was also sitting at 5 under, four shots back.

But if any of that was worth celebrating, it was short-lived.

“I'm very frustrated and disappointed with the way I've putted,” Mickelson said. “I've left eight, nine, 10 shots on the green, and it's pathetic, and I'm going to fix that and hopefully make a run. But you can't make those mistakes, give those shots up in this field, in this competition.”

Mickelson is currently 75th in total putts this week and said following his round that he planned to have his putting stroke analyzed on a Quintic Ball Roll System to determine if it is an alignment issue or a problem with his stroke.

“We've got 36 more holes, and I'm playing well enough,” he said. “I struck it well enough to keep me in it despite probably being last in the field in putting. But I'm going to get that fixed for tomorrow's round.”