To be crowned king, Louis Oosthuizen must write his history by denying others' theirs 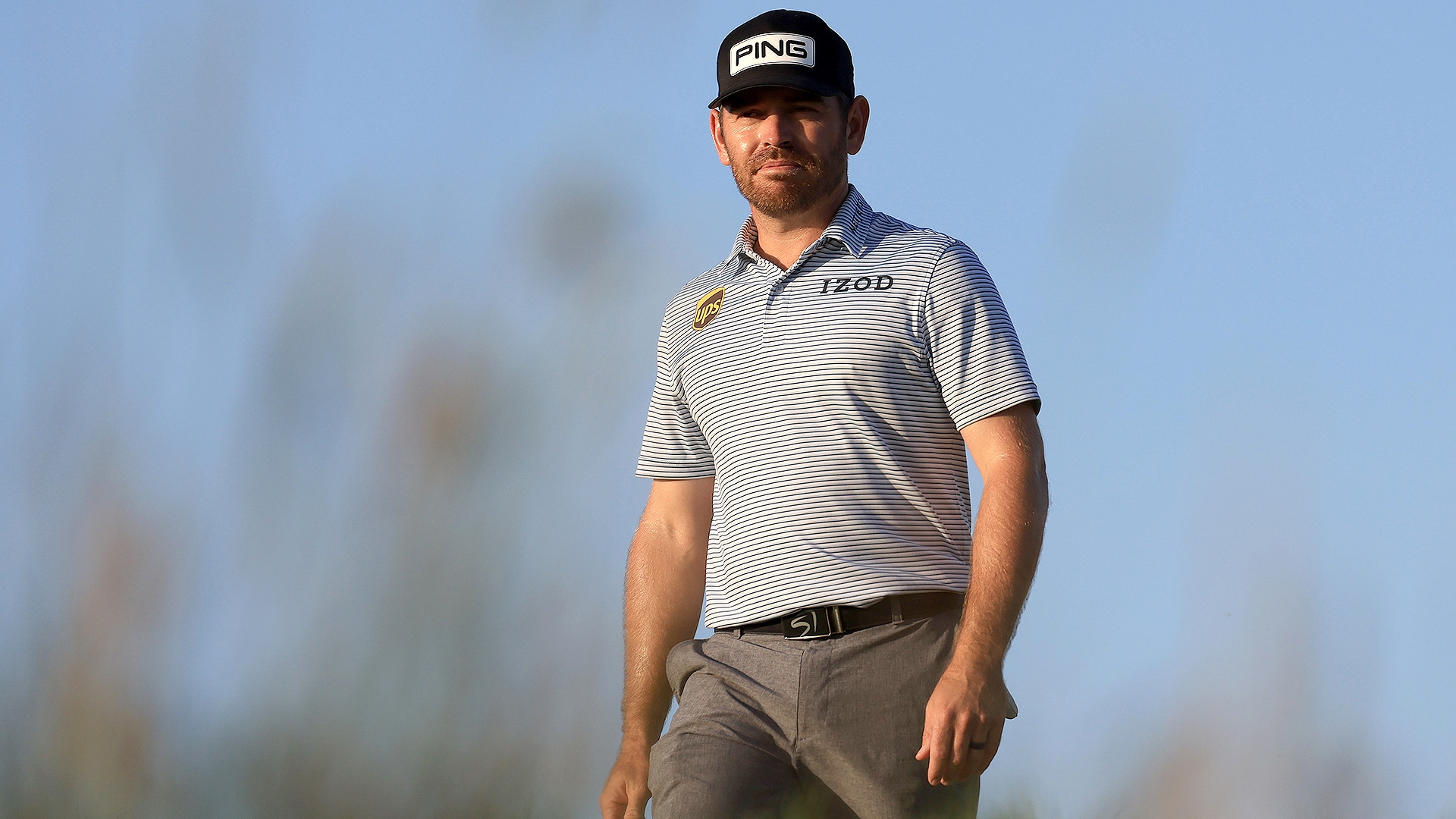 Darren Clarke, your Champion Golfer of the Year the last time The Open passed this way in 2011, was a 42-year-old longshot who hasn’t won on either the PGA Tour or European circuit since. Prior to that, it was Ben Curtis, who began the week as a 300-to-1 outsider, who hoisted the claret jug. He retired in 2018.

This is neither an indictment of the past two winners at Sandwich nor Royal St. George’s, but as Brooks Koepka observed earlier this week, “it’s not my favorite.” It’s a commonly held theme and probably the byproduct of one too many blind shots, a haphazard routing and a modern history that qualifies as underwhelming.

But that reputation appears destined for a much-needed makeover on Sunday thanks to a wonderful confluence of outcomes. Through 54 sun-splashed holes, this Sandwich Open appears to have it all, from Louis Oosthuizen, who has been snake bitten on a major Sunday twice this summer, to Collin Morikawa, who is going for the historic debutant double, to Jordan Spieth, who is back in the process and relishing every wild moment.

Some might consider Oosthuizen’s relentless pursuit of his second major championship brave considering how he came up short at the PGA Championship and last month’s U.S. Open, where he started the final round alone at the top only to finish second to Jon Rahm. At Kiawah Island, he was third through 54 holes and finished tied for second to Phil Mickelson.

Asked what lessons he could have possibly learned on those two near-misses that could help on Sunday: “Go one better,” he laughed with his signature toothy smile. “You know, finishing second isn't great, so I will play my heart out tomorrow and see if I can lift the claret jug again.”

If his performance Saturday is any indication, there might be more to the learning curve than simple math.

Outwardly blessed with a relaxed demeanor, signs of concern started to show following bogeys at Nos. 11 and 13. But even when things looked as if it might all unravel for Oosthuizen, the full-time Tour player and part-time farmer proved why his game was made for major championships. As NBC Sports analyst David Feherty said of the South African’s swing, “It's like watching a door opening and closing.”

He rebounded with a par save at the par-5 14th and converted for birdie on the 16th hole, before the first packed house in golf since Day 1 at the 2020 Players Championship.

“It felt like it was a Sunday afternoon, really, when I made the putt [on 16] and I was taking the lead,” said Oosthuizen, who has rounds of 64-65-69 for a one-stroke lead over Morikawa. “I had a few loose swings before that on my iron shots and sort of needed that little boost and made a really good swing on 16 and a few good ones coming in.” 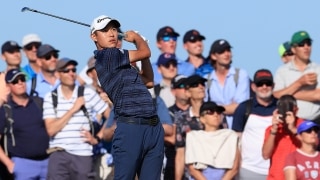 Morikawa shrugs off sloppy start, a shot back

Collin Morikawa bounced back from an odd start to shoot 68 Saturday at The Open. He enters the final round one shot back.

Morikawa has no such distractions. The composed 24-year-old won last year’s PGA Championship in his first start and is now poised to become the first player to win twice in his major debuts as an Open rookie.

At last year’s PGA Championship, he began the final round in a similar position (two strokes off the lead) and outplayed the likes of Dustin Johnson, Brooks Koepka and Bryson DeChambeau. Based on his play this week – which is always highlighted by majestic ball-striking and a dash of clutch putting – a similar scenario is exceedingly possible, likely even.

It was also a good sign for Morikawa that he rebounded following a poor start with bogeys at two of his first five holes, by playing his last 12 holes in 4 under par.

“I think just believing in myself. I wasn't hitting that poor of golf shots. Just wasn't turning out great,” Morikawa said. “No matter what happens tomorrow I know I produced good golf shots already this week and I'm capable of it. I just have to stick to that and believe in the process.” 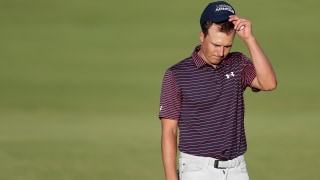 Jordan Spieth ended his third round of The Open where he began, but as always there was nothing stagnant about his play.

The process. For so long Saturday it’s where Spieth was living, rent free. He was doing all of the Jordan things – carving drives into bounding fairways, deft iron shots and rolling in putts. So many putts.

The 2017 Open champion moved to within one shot of the lead with birdies at Nos. 2 and 4 and added two more at Nos. 6 and 7 to briefly tie Oosthuizen and turn at 3 under for the day. For those who longed for the Jordan of old the last few years, there he was bounding down fairways, yammering away to caddie Michael Greller and poised to win another major. Until he wasn’t.

A bogey at the 11th hole stopped his momentum, followed by another at No. 17. The coup de grace came with a missed 2-footer for par at the 18th hole. Spieth declined all media request and marched to the practice putting green dejected, but still just three shots back and alone in third place. Still poised to play a role in changing the Royal St. George’s narrative.

This is not to say there aren’t a potential Clarke or Curtis lurking to continue the Sandwich status quo. Dylan Frittelli is the quintessential Royal St. George’s wildcard, although even at 106th in the world ranking he’s still higher than the last two winners at Sandwich (Clarke 111th and Curtis 396th), and he’s tied for sixth.

Jack Nicklaus is famously quoted as saying that Open venues, “get worse the farther south you travel.” Sunday’s outcome might not change that, but it could dramatically change what many think about Royal St. George’s champions. 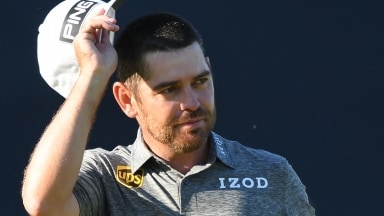 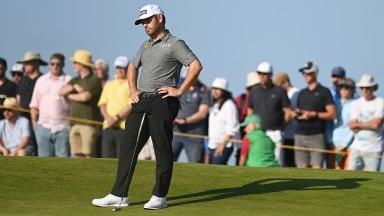 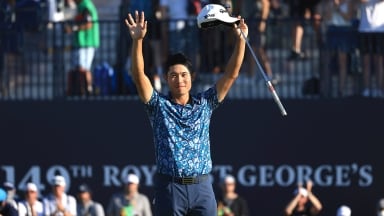 Collin Morikawa won his second major title at The Open on Sunday, the second time he's won in a major debut.