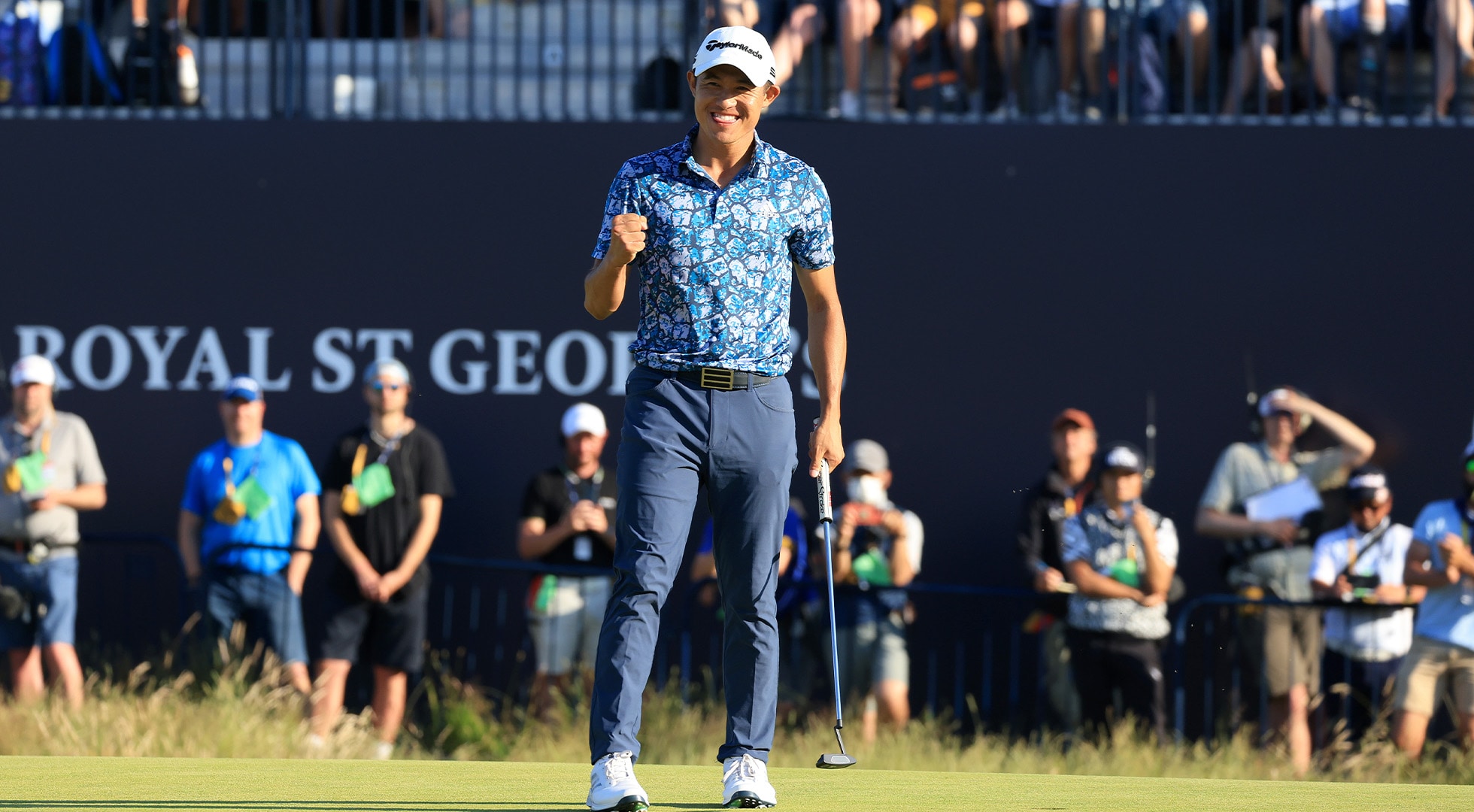 Collin Morikawa is known as the game's preeminent iron player, but it was his putter that helped land him the claret jug on Sunday at The Open Championship.

With a new approach with the flatstick this week, Morikawa led the field in total putts (111).

After his first birdie of the round on the par-5 seventh, Morikawa displayed those iron skills by nearly holing his approach shot from 195 yards at the par-4 eighth.

He'd make that birdie putt for two in a row, to take a three-stroke lead on the front nine.

Morikawa then made it three in a row with another birdie at the ninth.

He couldn't extend that streak at the par-4 10th, but he rolled in another clutch putt, this time for par to convert a stellar up and down.

After Spieth birdied the par-5 14th to claw within a stroke of Morikawa, Morikawa responded by making a lengthy birdie of his own on the same hole to regain a two-stroke advantage.

Morikawa continued his steady play down the stretch and needed just a tap-in at the last to become the Champion Golfer of the Year.