Jordan Spieth evoking memories of Royal Birkdale, without the theatrics in Round 1 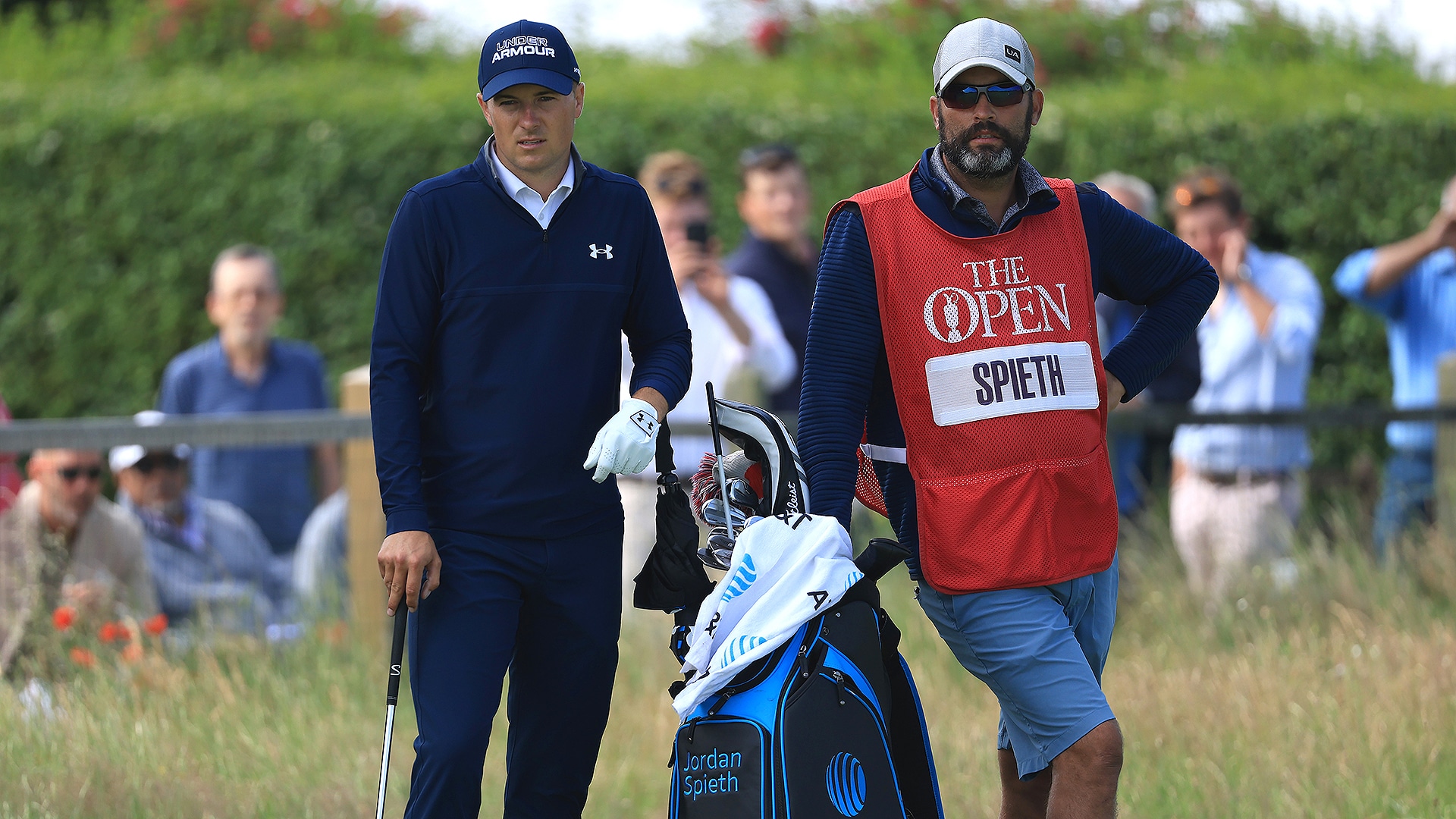 SANDWICH, England – He was as chatty and twitchy as ever as he peppered caddie Michael Greller with a running dialogue that stretched well past 18 holes. This, however, was anything but quintessential Jordan Spieth.

On Day 1 at the 149th Open there were none of the heroics we’ve come to expect from the generation’s foremost magician, none of the triumphant highs or baffling lows that has made Jordan a don’t-blink attraction ever since he became a productive member of society.

There was just nearly flawless golf – mundane golf, even – on a links layout that was much more demanding than Spieth made it look. He was proficient off the tee, hitting nine of 14 fairways, good for 36th among the early field. He was brilliant from the fairway, hitting 14 of 18 greens in regulation, good for 25th. And he was Jordan on the greens with just 27 putts, including a long-distance effort at the fifth hole that trundled across the green and into the hole. “The lid came off at No. 5,” Spieth smiled.

None of this should come as a surprise. He won this ancient title in 2017 at Royal Birkdale, another English venue that’s mistakenly overlooked in The Open rotation, after leading wire-to-wire - although he did make things interesting on Sunday when he took a peculiar route to the 13th hole via the practice ground.

Never a dull moment. That is until Thursday.

To be fair, 18 holes at wild Sandwich in a proper breeze is a recipe for stress. Asked why the layout ranks so low on most players’ list of Open venues, Paul Casey painted a succinct picture. “It’s torturous,” he said.

Spieth never said it was easy, but he sure made it look that way.

“The wind is up, and the pins are on knobs and crowns,” he said following a 65 at Royal St. George’s that left him one stroke behind Louis Oosthuizen. “They put a few pins in some really fun spots for us today where you could get at them in some bowls. But that's only a few of the holes. The rest of them, they're on some of the more difficult locations.”

There was plenty of torture to go around on Thursday, but none of it stuck to Spieth. There were no errant shots or scrappy recoveries, no wild momentum swings, just an impressive brand of golf from a player who took to the links game almost immediately. 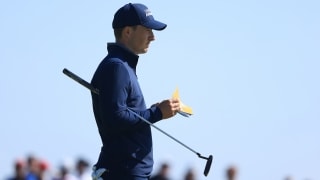 Highlights from Jordan Spieth's opening round Thursday at The Open Championship at Royal St. George's.

“I think I shorten swings up over here and hit more punch shots and just stuff that I probably should be doing at home, you get less swing-focused and more shot-focused over here because the second you take your brain off of what you're hitting, you may not find your ball,” he said.

In seven starts at the game’s oldest championship he has four top-25 finishes to go along with his victory in ’17 and a near-miss in ’15 at St. Andrews.

Despite a general distaste for Royal St. George’s among the frat brothers, Spieth opted for the "eye of the beholder." He even went so far as to compare the layout to Royal Birkdale.

“Birkdale was a course that you played a lot from the air versus other Open venues. You couldn't really bounce it up a ton there, and you really can't bounce it up a ton here,” said Spieth, who closed out his first round with birdies at Nos. 15 and 16. “It has similarities on that front, where it's more of an aerial links. You've got to flight the ball, but you can't really get away with kind of punching five clubs extra up the entire green.”

When Spieth ended his victory drought that stretched to that ’17 Open earlier this year at the Texas Open, there was a predictable rush to judgement – he’s back. But he warned anyone who would listen that his game, along with his confidence, was still a work in progress. He’d gone too far in the wrong direction to think there was going to be a single epiphany moment and all would be right in the world.

There were no such warnings following his opening effort at Sandwich. He may still be on his journey back to the top of the game, but there’s been enough time and solid play since he hit rock bottom to allow the slightest of flexes.

“To be honest, the path that I'm on and where I've been before in the game, I feel really good about my chances going forward, as good as they have been historically,” Spieth said. “I guess I feel like I've been trending in the right way and certainly had a chance this year already at Augusta. Made some mistakes in the first round and second round that I shouldn't have made, that I very well could have won that golf tournament.”

There were no mistakes on Thursday, at least none that were glaring, just steady golf and a stellar start. He’s the same Jordan with the same quirky mannerisms but if Day 1 at this Open was any indication the 2.0 version may be something altogether different.